With the fate of a few more shows announced today I thought I would review the status of sci-fi and fantasy shows set for the fall of 2014 and list the shows that did not make it.  Expect the fate of all shows to be determined in the next week or so.

CBS renewed a while back what could be the best show on TV right now, Person of Interest.  The show is doing very well in the ratings.  The Big Bang Theory is even bigger and will be on for years to come. Elementary will be back as well.  There is no word yet on Intelligence but that seems unlikely. 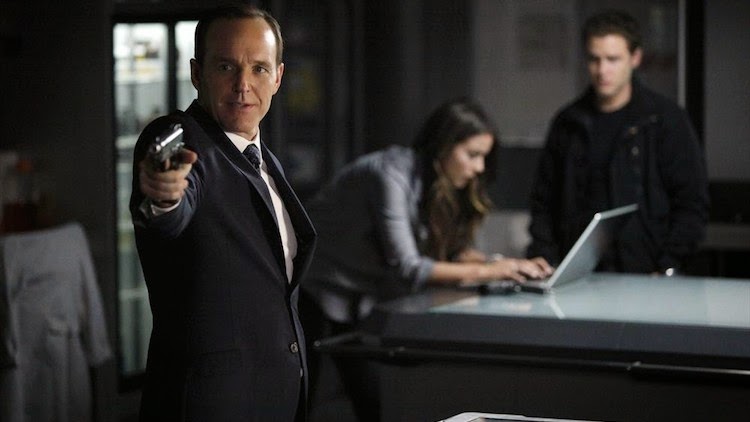 ABC is slow in their announcing things.  They got rid of Once Upon a Time in Wonderland a while ago but we still don't know about Once Upon a Time nor Resurrection. Agents of SHIELD is enjoying increased ratings due to better episodes and should be back but no word yet.


NBC brings back Heroes from the dead and Grimm goes on.  NBC does not believe in Believe.  It hasn't decided on whether to stay with Revolution.

On the good side, a few new shows will debut next season including NBC's Constantine.  Based on the Alan Moore's comic, Constantine is about a supernatural detective (see the 2005 movie).  One of our sources has seen the movie and really enjoyed it.


CW swung the axe today and got rid of Tomorrow People and Star-Crossed.  Even with lower ratings as a standard, these shows could not muster enough to keep going. Nikita was already gone a while back. The rest of the genre series are back.  Arrow, Supernatural, Beauty and the Beast, The 100, The Originals, Reign and Vampire Diaries will return.  The Supernatural spin-off, Bloodlines, will not be picked up and that is a good thing!

CW will bring us a couple new series including -

iZombie - A med student-turned-zombie takes a job in the coroner's office to gain access to the brains she must reluctantly eat to maintain her humanity, but with each brain she consumes, she inherits the corpse's memories. With the help of her medical examiner boss and a police detective, she solves homicide cases in order to quiet the disturbing voices in her head.

The Messengers – From writer-producer Eoghan O’Donnell (“Teen Wolf”). When a mysterious object crashes down to Earth, a group of seemingly unconnected strangers dies from the energy pulse. But then they awaken to learn that they have been deemed responsible for preventing the impending apocalypse.

Email ThisBlogThis!Share to TwitterShare to FacebookShare to Pinterest
Labels: Agents of S.H.I.E.L.D, Almost Human, Arrow, Intelligence, IZombie, once upon a time, Person of Interest, Star-Crossed, supernatural, The 100, The Flash, The Messengers, The Tomorrow People