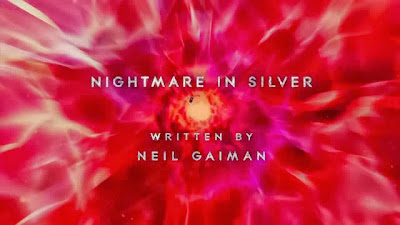 “Your move. But before you take it, just so you know, sacrificing my queen was the best possible move I could have made. The Time Lords invented chess. It's our game. And if you don't avoid my trap, it gives me mate in three moves.”

Once it was announced that Neil Gaiman was going to write another episode for Doctor Who I was happy at the news and couldn’t wait to see it.  Now when it was announced that his story was going to feature The Cybermen, well, I was even more eager to see that episode and when the airdate was announced I circled it on the calendar.  Now you see The Cybermen are my favorite villains in Doctor Who and the prospect of seeing them getting a new take by Neil Gaiman filled me with delight that hopefully The Cybermen will be given justice and done right. 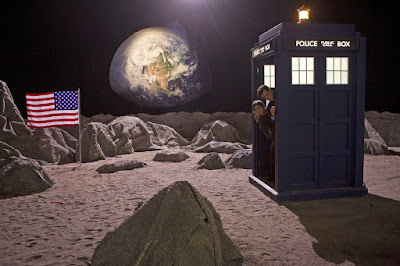 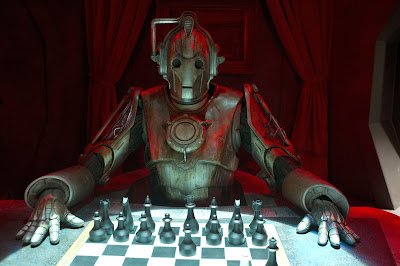 Neil Gaiman has made the Cybermen scary again and has made them better and harder to kill.  When the line of defense is to destroy an entire planet to kill just one Cybermen that is scary in itself and raises them back to being powerful again.  Plus they can upgrade their weaknesses on the fly fixing any problem they might have.  Plus they have a new weapon as they can now move super-fast.  Yes you read that right they moved like The Flash at one point adding to the scariness. 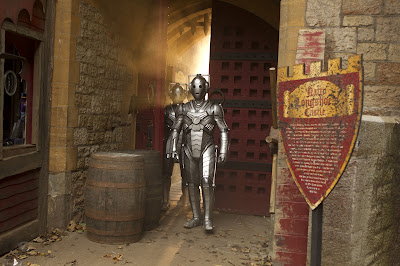 I also liked how scary Neil Gaiman made the story.  There were a lot of behind the sofa moments in this story which I absolutely love.  The best part was when the military people were hunting the Cyberman and his head was visible and the soldier was attacked by the headless Cyberman.  That was pretty cool along with the Cyberman’s hand coming off and killing another soldier.  That was some pretty awesome moments and scary also which works so well in Doctor Who and something they should do more often.  Love it when Doctor Who uses horror in its stories. 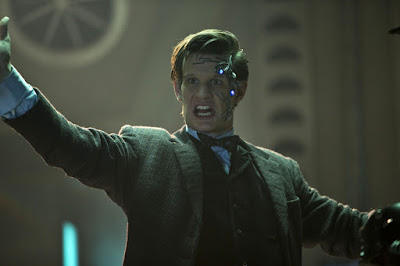 With all that said that sequence of The Doctor playing chess against the Cyber Planner for his body and the two kids was the highlight of the story.  I loved the fact that chess was used again as this was a staple in classic Doctor Who last being seen in The Curse of Fenric.  Plus the way the Doctor gets out of it was pretty clever even if it was set up perfectly for him. 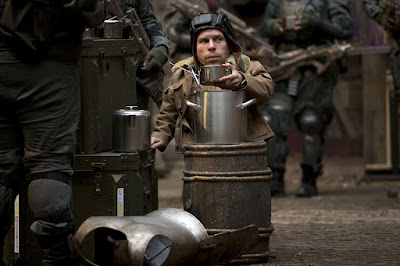 The one thing that just did not fit in the story and just felt pretty awkward was Porridge marriage proposal to Clara.  That just came out of the blue at the end it just felt wrong.  Clara was ok in “Nightmare in Silver” and seemed to flourish and enjoy being in charge of the military.  I didn’t mind this at all as it gave her something to do but this was a Doctor story so pushing here to the background playing soldier was ok. 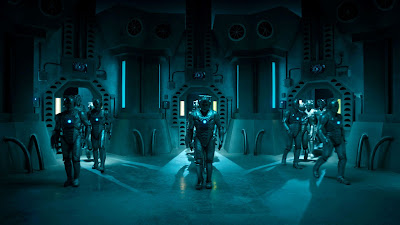 Nightmare in Silver was everything I wanted and expected from a Neil Gaiman story and more.  I loved the way he handled the Cybermen and how he made them relevant again.  I loved the internal mental struggle The Doctor fought against the Cyber Planner as it brought out a fantastic performance by Matt Smith and it was something completely different that hasn’t been done before in Doctor Who and I thought it was really great.  Nightmare in Silver was not “The Doctor’s Wife” and never intended to be just like that but what we got was a really good scary monster story to enjoy for years to come.
Grade A