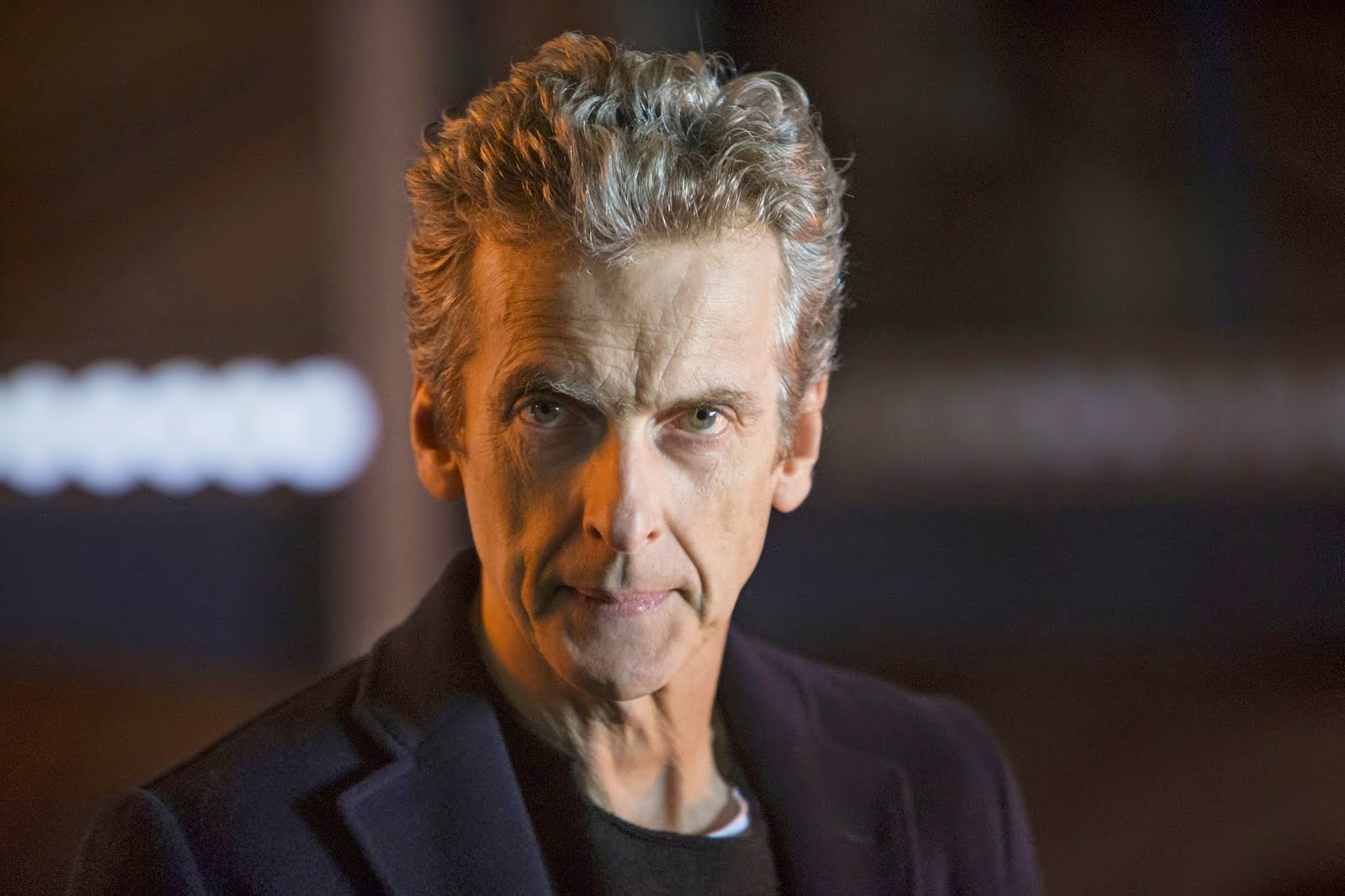 The BBC Media Centre has released some interviews with the key people involved in this years Doctor Who Christmas Special.  Today is an interview with Peter Capaldi.

Everyone will be pleased to see the Doctor and Clara brought together again for this Christmas special. What does bring them together?

A terrifying festive dilemma forces the Doctor back to Earth to help Clara. Then a story unfolds which is quite unexpected – I can’t really say more than that.

How does filming the Christmas special differ from the series?

It’s all very festive and even though you’re shooting in October it does lull you into the festive spirit, because there are lots of Christmassy things around. There are snow machines all the time which is lovely but they’re noisy like lawnmowers or concrete mixers. We have Christmas lights, polystyrene icebergs - which is classic piece of set dressing on Doctor Who. There’s a roast dinner going on in Clara’s house and a big Christmas tree. There were also lots of tangerines!

What was your reaction to Nick Frost being cast as Santa? What sort of Santa does he play?
I was delighted when Nick was cast, I’m a big fan of his. I love Hot Fuzz and Shaun Of The Dead. He’s actually quite a traditional Santa but with a comic undertone. He is the real Santa – he’s not a robot or an alien, but he is a little bit cantankerous. He’s a little bit like the Doctor and at first they don’t really get on together.

How do the Doctor and Clara become involved with Santa?

Santa appears on the roof of Clara’s house and only the Doctor knows the danger of it.

What can viewers expect from this episode?

It’s both really scary and really festive. It manages to be quite frightening and still have Santa Claus in it. It is extremely Christmassy but there is a plot line in it that is quite dark and I think Steven (Moffat) has done a brilliant job at balancing those two things. It’s perfect for Christmas viewing – it supplies everything that Doctor Who should supply at Christmas. It’s scary but it leaves you feeling warm and cheerful.

What have been your fondest memories of your first year as the Doctor?

It’s difficult to say what specific moments were significant to me because the whole thing has just been amazing. So many things have been fantastic. The first time you go onto the set, the first time you meet a Dalek or even the first time the TARDIS wobbles when you shut the door. I know it won’t last forever so I’m just enjoying it all.

The show is now a global phenomenon – how was it to see the reactions of fans in different countries earlier this year? What is it about your Doctor that you think they’re enjoying?

It was extraordinary to see how popular the show is all over the world. I’ve had the great benefit of riding the wave of success that Matt (Smith), David (Tennant) and Chris (Eccleston) had started. I myself was fascinated by what made the show so popular abroad. To me it seems a particularly British thing. However, it seems that the themes of escapism and adventure are universal. Fans of Doctor Who are usually so warm-hearted and creative. It’s quite moving to see how much they love it. You don’t realise when you’re making the programme that it’s reaching out to so many people in Latin America or Asia or Australia. Obviously the character is so popular now and the concept is so clever, so I think that is what they’re responding to rather than me.

What will you be doing this Christmas and is there anything you want from Santa?

I’ll be watching the Christmas Special and I want a tangerine and a Doctor Who annual because that’s what I had as a kid.
Posted by DR5WHO at 8:05 AM