Doctor Who - The Doctor's Tale Review 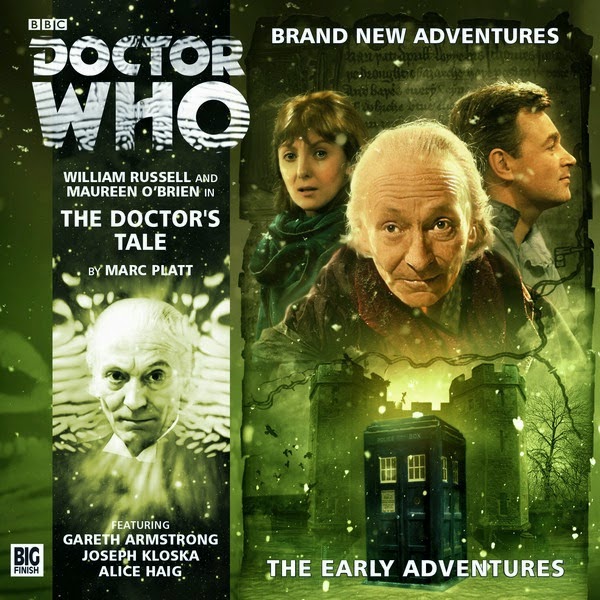 Doctor Who:
The Doctor’s Tale
By Marc Platt

Doctor Who historical stories can be, well, they can be pretty boring affairs to watch or listen to.  The Reign of Terror is a good example of that as it is pretty hard to sit and watch that William Hartnell 6 part story in one go.  I’m not a big fan of the pure historical stories but I don’t hate them so when I found that The Doctor’s Tale was a historical I prepared for the worst and hoped that it would not be dull.  Well it was not dull in fact it was a pretty good story to listen to as it was really well done.

The story takes place in 1400 when Henry the IV has taken the throne from Richard the II.  It is also the time of Geoffrey Chaucer also who The Doctor and Ian get to meet in a cell.  Vicki is also helping Isabella to get to Canterbury to find her husband Richard the II all the time being hunted and chased by the forces of Henry the IV.   The Doctor’s Tale is a pretty good story for Vicki.  She is showcased here as something more than the companion that gets caught and screams.  She has a pretty good role helping Isabella and using her brain to outwit the Archbishop Thomas Arundal.  Vickie is a lot better in this audio adventure than she was in the show as they are able to develop her more and give her something meaningful to do.  Vickie is shown to be brave and witty and to stand up for herself and not letting herself get bullied around.  That’s one of the advantages of the audios as they do more with the companions than what they were able to do in the TV show.

I really liked this story. With the exception of The Doctor and Barbara who seemed to be non-existent in this story it seemed like everyone had ample to do.  It was pretty cool seeing Ian as a knight again picking up where he left off in The Crusades.    Ian is handled really well also and is given more of an action role than he had in the TV show.   I really like how William Russell can still portray Ian even if he is 90 years old it still sounds to me like Ian even if the voice is that much older.  He also does a really good William Hartnell impersonation and that is worth the price of the cd alone.  Big Finish has been doing a good job of recreating the feel of the past Doctors eras and The Doctor’s Tale would have fit in perfectly in Season 2.

The Doctor’s Tale is a fun and entertaining story set in historical England during one of its many tumultuous periods in history.  It is not dull or boring at all as it is pretty interesting learning about that era and the historical figures in it even if it might not be entirely accurate. The Early Adventures have gotten off to a really good start and hopefully it continues with the next story.
Grade A