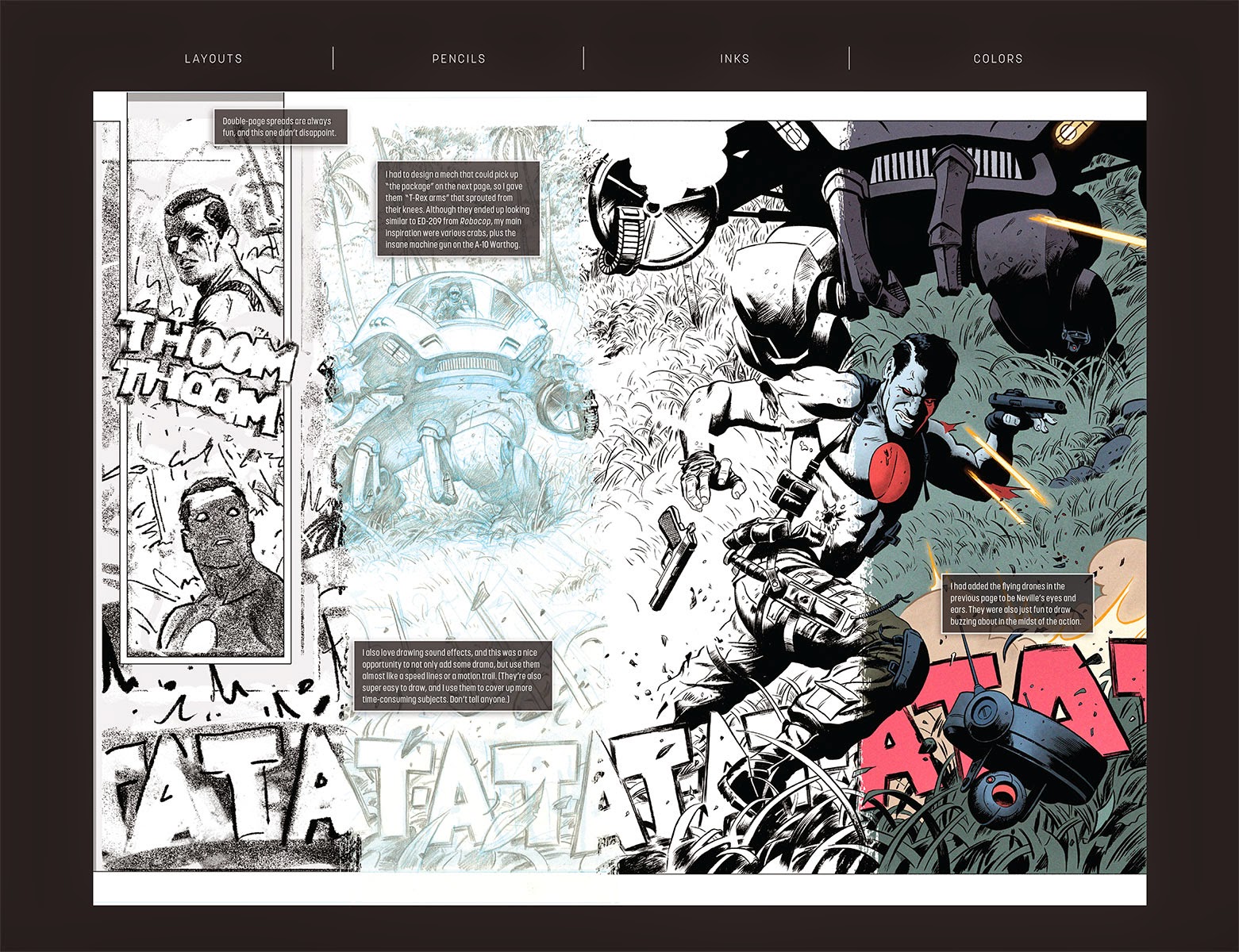 As VALIANT NEXT readies for the launch of six epic new ongoing series and prestige format projects beginning with the release of THE VALIANT #1 (of 4) on December 10th, Valiant is proud to reveal the first look inside the all-new VALIANT PRESTIGE format – a new form of deluxe packaging for Valiant's most important standalone limited series and events!

Beginning with the release of THE VALIANT #1 (of 4) – the first issue of the four-issue epic from New York Times best-selling writers Jeff Lemire (Green Arrow, Animal Man) & Matt Kindt (RAI, Mind MGMT) and Eisner Award-winning artist Paolo Rivera (Daredevil) – next week, fans and retailers can look forward to a high-end presentation unlike anything else in comics today with each and every issue. Features for THE VALIANT #1 (of 4), the very first release to feature the VALIANT PRESTIGE format, will include:
Deluxe matte laminate card stock covers
Custom-designed heavyweight end sheets
An oversized, 25-page first chapter
An exclusive guide to THE VALIANT, detailing the backstory and origins of the series' principal players

Never-before-seen commentary and back matter, curated by Eisner Award winner Paolo Rivera
All complete with no advertisements and a standard $3.99 cover price!
Each subsequent issue of THE VALIANT by Jeff Lemire, Matt Kindt, and Paolo Rivera will feature the same deluxe presentation, as will DIVINITY #1 (of 4) – the VALIANT NEXT prestige format limited series debuting in February from New York Times best-selling writer Matt Kindt (RAI, Mind MGMT) and blockbuster artist Trevor Hairsine (X-Men: Deadly Genesis). Featuring the landmark debut of Valiant's first major new character, each issue of DIVINITY will feature covers by Jelena Kevic-Djurdjevic (Thor) and designer Tom Muller (Zero) in addition to an array specially crafted special features and behind-the-scenes insights into the development and design of Valiant's next pivotal hero.

"The thinking behind the VALIANT PRESTIGE format is simple – match the scale, scope, and dynamism of our most unique, most epic stories with an equally compelling presentation that practically leaps off the shelf," said Valiant Publisher Fred Pierce. "By design, the first two titles to receive this treatment – THE VALIANT and DIVINITY – are stories that couldn't be told in an ongoing book, or even as standard limited series. They truly are can't-miss excursions into the Valiant Universe, telling stories unlike anything Valiant has undertaken before. The presentation of our VALIANT PRESTIGE offerings – no ads, exclusive content, upgraded covers, end sheets, and more – designates these titles as special books within the Valiant line, and will give fans an extra-added layer of depth to the storytelling experience."

"Over the past three years, Valiant has introduced several new innovations to great success – subscription-only Pullbox variants, expanded Plus Edition issues, QR code-enabled talking covers, and many more," said Valiant CEO & Chief Creative Officer Dinesh Shamdasani. "VALIANT PRESTIGE is a central new addition that list. It's both a tribute to the great standalone, prestige format tales that helped inform our love of the medium, like Kingdom Come and Marvels, while, at the same time, a chance to break new ground by revitalizing and refining the concept of what prestige format can be for a whole new generation of readers. We have some truly special stuff in the offing for these titles, and we can't wait to see them on the shelf."

Look for more developments soon on each VALIANT PRESTIGE release, and visit your local retailer today to pre-order each epic VALIANT NEXT series. Beginning with THE VALIANT #1 (of 4) on December 10th, VALIANT NEXT continues with five blockbuster new series in 2015, starring Valiant’s biggest, most-demanded heroes alongside all-new, never before seen characters: 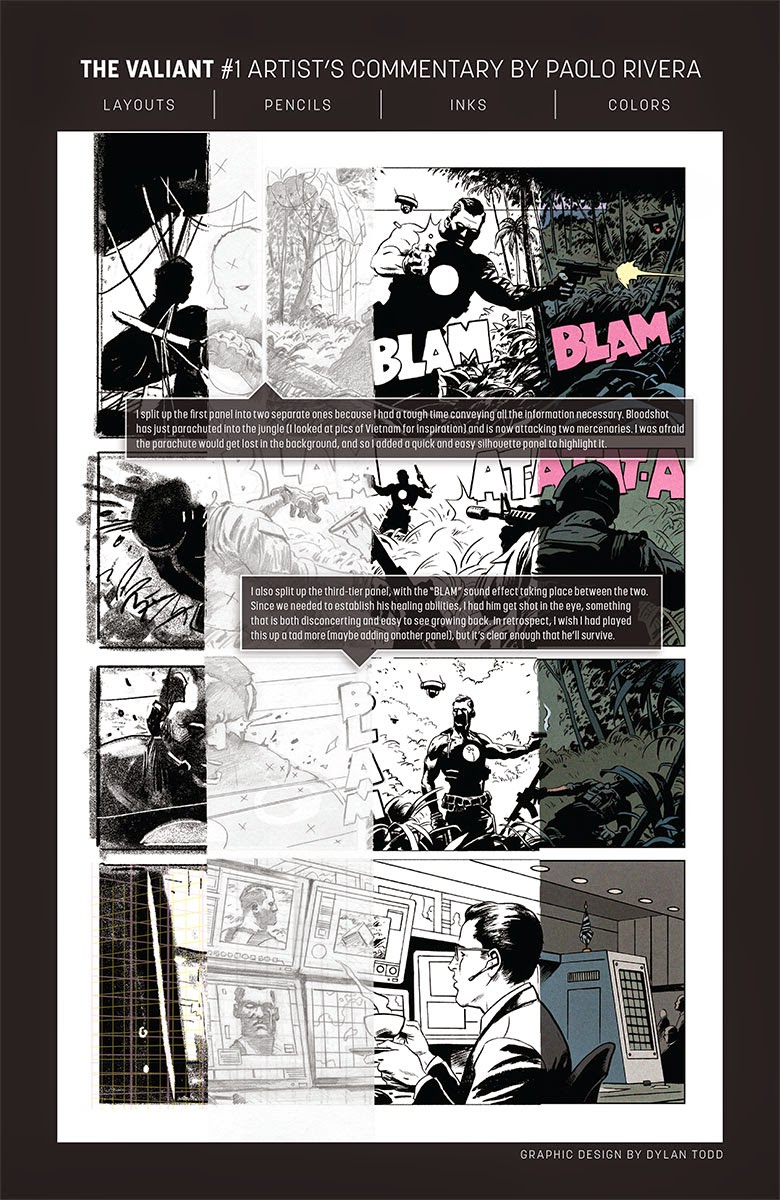