Doctor Who - Steven Moffat On Osgood's Fate and Orson Pink 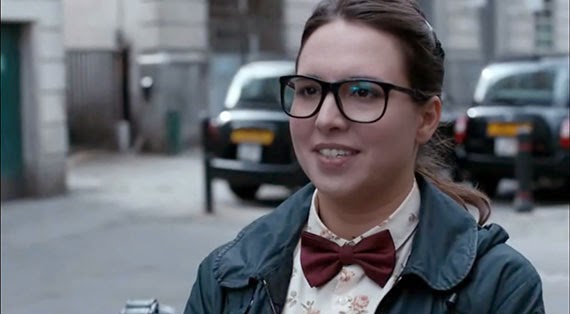 In the latest Doctor Who Magazine Steven moffat cleared up some loose ends from Series 8 particularly with Orson Pink and Osgood.  Lot's of people who are fans of Osgood are hoping the Osgood that was killed was her Zygon duplicate. Well Steven Moffat had this to say about it is that the Zygon duplicate would have been to hard to kill and put up a bigger fight so in essence Osgood is dead.  So in the immortal words of Star Treks Doctor McCoy "She's dead Jim."

Now on Orson Pink and this is a pretty easy one to believe which I thought of and I'm sure many fans came up with this explanation themselves. It was another relative from his family and not a direct descendant of Danny as Steven Moffat explains.

“I can think of several explanations, but the obvious one is that Orson comes from another branch of the family. He knows about Danny’s heroic sacrifice, because Clara got in touch with the Pink family after the events of Death in Heaven (because you would, wouldn’t you?), and told them what he did, and why. And she gave them the little soldier, as a keepsake of a great man and a great soldier – and because she knows the toy soldier has to remain in the Pink family line. Now all that strikes me as pretty inevitable – that’s what would have happened – but I’m not saying it’s right. Nothing is actual till it’s in the show. Knowing how the season would end, we were careful, in never to define exactly what the connection was.”


So that is that and I can't wait for people to get confused when Missy shows up again in Doctor Who.