DRIFTER boasts cover by Djurdjevic that fans will covet‏ 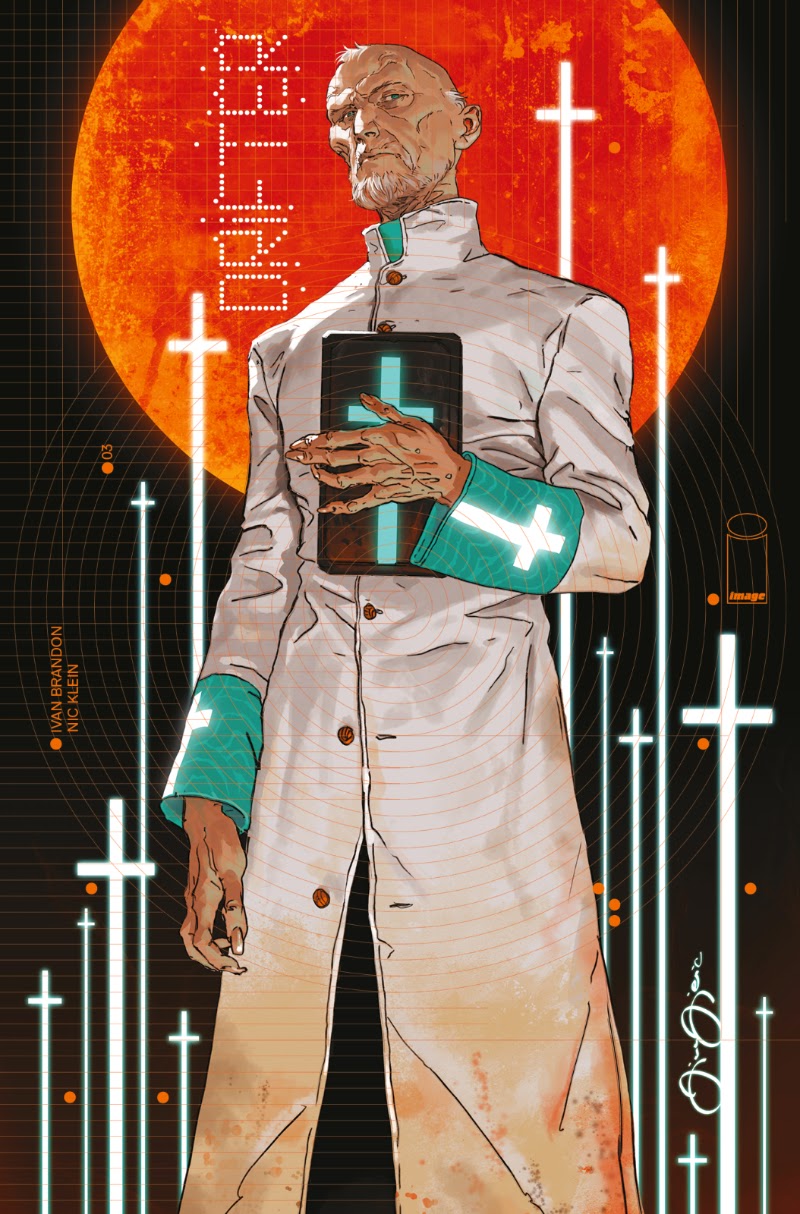 “Drifter has the makings of the next great sci-fi western. It has the best elements of both genres mixed together in a peanut bu tter cup of a comic.” —HorrorTalk

Writer Ivan Brandon and artist Nic Klein’s dark new science fiction series DRIFTER sketches the tale of an abandoned, lawless town in a strange and alien landscape. The third issue of this hit new series will have a sinister variant cover by Marko Djurdjević, ready to pass judgment on those who have yet to make the jump into DRIFTER.

“Marko is one of the best cover artists in Comics today,” said Klein. “His version of the Priest embodies everything I love about the character, I love the design elements but the super creepy puritan eyes looking down at us sells the piece.”

In DRIFTER #3, Abram Pollux heads deep below the surface while on his quest for revenge. There he discovers that humans are not the dominant life form on Ouro.