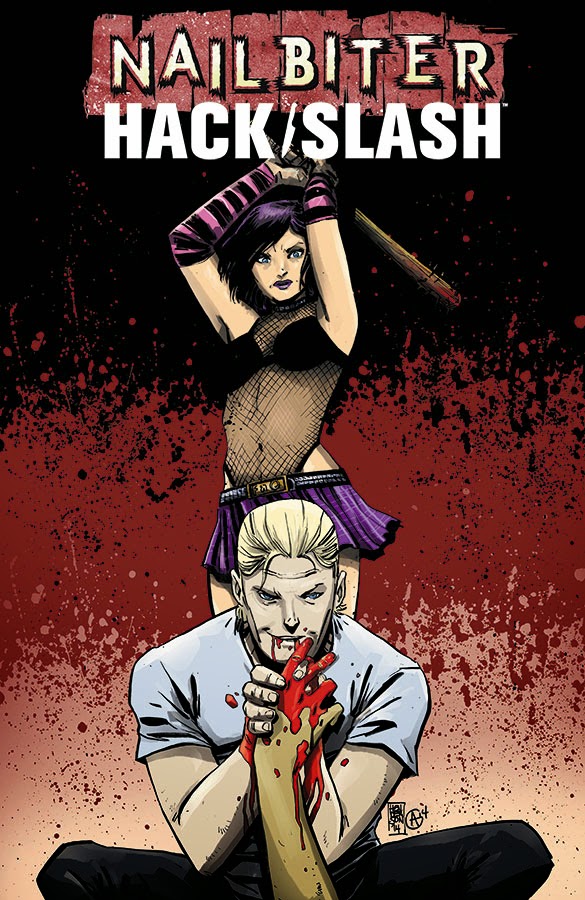 “Josh and I share a fascination with B-movie horror and serial killer culture,” said Seeley. “As soon as I read Nailbiter I knew our worlds were gonna collide.”

Williamson added: "Hack/Slash has been one of my favorite books for a long time, and once we started running with Nailbiter, I knew we were playing with some of the same tropes and twisting them. Cassie and The Nailbiter HAD to meet. Doing this flip book with Tim has been a blast. One of the scariest and most messed up scenes we've done in Nailbiter takes place here. Whenever I tell people about it, I can see their skin crawl."

In NAILBITER/HACK/SLASH, the infamous serial killers of Buckaroo, Oregon meet the ultimate serial killer hunter, Cassie Hack… let the blood-bath begin. In this one-shot it’s Cassie Hack vs. the Nailbiter! Vlad vs. the Lucha Eliminador! IT’S ON!

NAILBITER/HACK/SLASH features two brand new tales of terror by the creative teams of the Image hits NAILBITER and HACK/SLASH, and Tim Seeley makes his grand return to the character he created to give you a nasty blast from the past. If you’ve ever needed an excuse to read these two horrific comics, now is your chance!