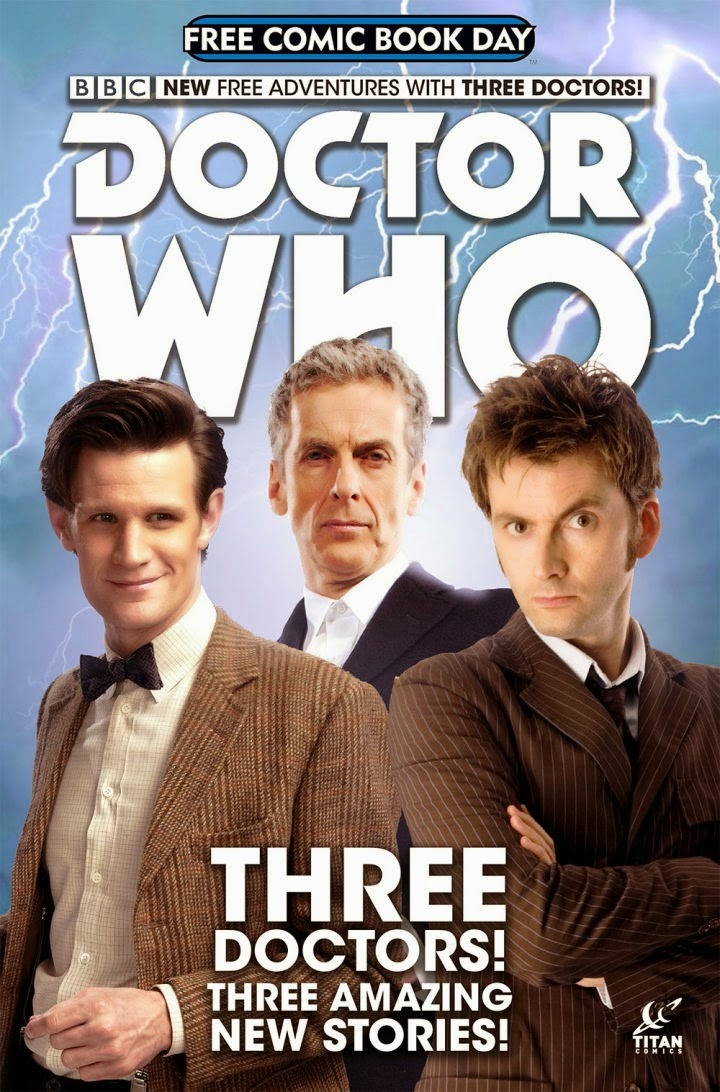 Titan Comics will be releasing a special Doctor Who comic book for Free Comic Book Day on May 2nd 2015.  The book will be free as the day states and will only be available in comic book stores. Details of the special release are below.

Take a blistering trip through time and space with three stunning all-new short stories featuring the Tenth Doctor, the Eleventh Doctor and the brand-new Twelfth Doctor, written and drawn by the ongoing Doctor Who comics creative teams.

PLUS: A sneak peek of the Top Secret Summer 2015 event! Be the first to get a hint of the epic that will shake the Doctor to his very core! It's a must-read for fans, and the perfect primer for anyone looking to jump on board the TARDIS!
Posted by DR5WHO at 8:04 AM