Doctor Who - Synopsis For The Highest Science 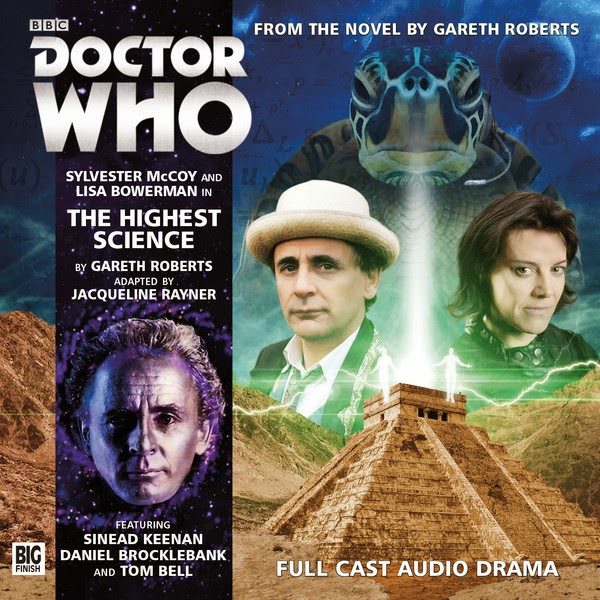 This month Big Finish gives us an extra release with one from the Novel Adaptions Range.  This time we see the Gareth Roberts story The Highest Science which introduces us to the Chelonians and was one of the more popular books in the Virgin New Adventures book series which featured the 7th Doctor and Professor Bernice Summerfield.  You can order it from the Big Finish website.
http://www.bigfinish.com/releases/v/the-highest-science-1038

The Highest Science. The pinnacle of knowledge and a terrible weapon. A legend – nothing more.

Sheldukher. The most wanted criminal in the galaxy. Evil to the core and hungry for power, whatever the cost.

The Chelonians. A vast military power, pledged to eradicate human parasites wherever they are found.

The Doctor. An ancient and wise Time Lord tracking a temporal fluctuation that endangers the universe itself.

Some things should never meet, but as Professor Summerfield is about to discover, the universe is full of coincidences.