Doctor Who - The Day of the Doctor Review 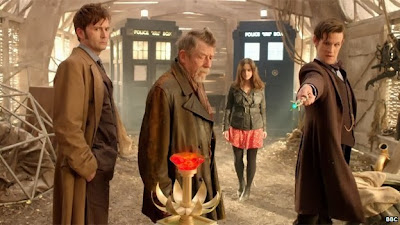 Huge expectations for this 50th Anniversary special and with some incredible Doctor Who events already experienced (An Adventure in Space and Time and the finding of two previously lost classic series) how can “The Day of the Doctor” fair for this fan who has been often critical of the series, especially of late.

I will say that I enjoyed the majority of this past season, more so than the last couple of Matt Smith's Doctor. The last half of the season, I felt began to feel more like classic Who with better paced stories that are not steeped with returning characters and gimmicks well known in Doctor Who of late. Of course this half of the season has been often criticized as being a let down so what do I know. 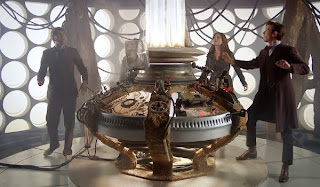 My first reactions to this story was that I was going to hate it. Bringing in John Hurt and making the story about the Doctor yet again would be something that we have seen too many times before and this could be an epic let down. After watching it I did find a few parts to fit this bill but for the vast majority of it, the story was excellent. After watching this I decided to watch it again one more time before I wrote my review and am finally getting to it a week later.

“The Day of the Doctor” is probably the best Matt Smith story. I can say that because finally all the homages and references and little easter eggs that litter the new series make sense in this anniversary special. For once all these work because that is what we want to see in an anniversary special. Looking at several sections of the story I am surprised at how much worked well and how little didn't. 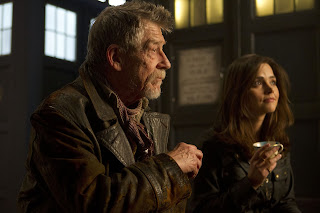 The War Doctor – I really felt that this story would have been much more satisfying if either Paul McGann or Christopher Eccleston had been featured instead of John Hurt. McGann would have made the most sense and I can't imagine that he was not available. If Eccleston had been in the story, it would have made perfect sense, especially with his meeting the Moment (his future companion Rose) and all of that rage that he had within his season. This would have been the complete Anniversary as it would have included all the new series Doctors and would have given Eccleston one more chance to be the Doctor. The only hurdle would have been the 9th Doctor's first glimpse of himself as the Doctor in the episode “Rose” and that could have been explained away with the resetting of the time lines and his memory of the events of “The Day of the Doctor” as well perhaps his denial of his 9th persona, becoming reborn as a new 9 with the start of the new series. John Hurt's portrayal is much like Eccleston's to a certain degree. Obviously it didn't happen and shame on Eccleston for not wanting to do it – I expect he will regret the decision some day and want to return.

Hurt's performance and inclusion is making the best of the hard situation and while I still don't understand the entire Doctor numbering no matter how many times Moffat explains it – it makes little sense.

The Zygons – At first I thought the entire Queen Elizabeth and Zygon plot line was a waste and for the most part it is the weakest part of the special. All it really does is set up the similar decision that Kate Stewart has with killing millions to save billions, the decision that Hurt's Doctor is currently dealing with. This similar story line is also seen when the three Doctors use their combined Sonic Screwdrivers to open the door – the passage of time (400 years) is referenced there in order to give us a clue that 11 would have come up with a plan 400 years later. 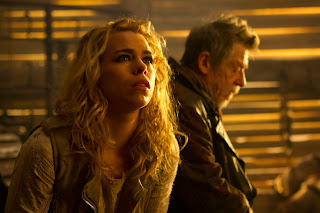 The Moment – This is another part that I was worried about, the inclusion of Rose Tyler and while I am thrilled that the most popular companion from the new series is back, making her The Moment is acceptable and works fairly well – again, better if it was Eccelston. She does play more of the Bad Wolf/ Moment than Rose but some of Rose's personality leaks through. Thankfully we did not get too much of the lovey dovey for Tennant to the point where apart from a glance or two, there is no interaction at all.

UNIT – While for the most part I liked Stewart and Osgood in this story, the taking of the TARDIS and the silly Doctor hanging out of it was not a very good moment and harkens back to some of the worst of the worst of the new series. Thankfully this scene was not that long (longer than it should have been mind you) and the story settles down from there. Having a Doctor groupie with Osgood with her scarf and TARDIS ringtone always bothered me in the past but since she works for UNIT and potentially had past experiences with the Doctor, is fine for this one. 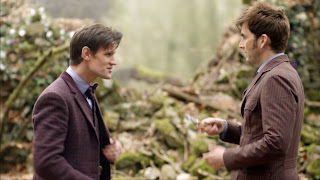 Tennant & Smith – It is really good to see David Tennant back and his playing off of Smith is well done but does show that these two Doctors are very similar to one another which I think was a problem with Smith from day one. Their inclusion into the story as the one who regrets and the one who forgets is a great stand out difference that really helps them in this story. 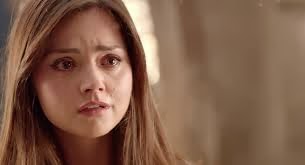 Clara – She has some annoying moments but I really liked her so far in the series and this story really cements it for me. She has some good moments with Hurt and is able to one up the Moment by just not understanding the Doctors' decisions to kill millions. Her feeling for the Doctor and what he stands for goes against everything they are about to do and she gives 11 enough doubt to come up with an alternative plan. Well done Clara! 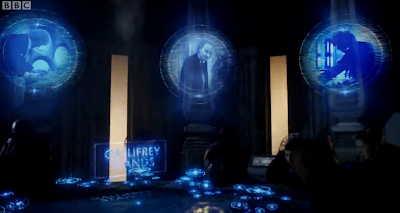 The Doctors – The bringing together of Hurt, Tennant and Smith in the attempt to save Gallifrey was pretty heroic but the surprise when all the rest of his regenerations come in to combine resource was the highlight for sure. It was great to see them together working and while we all would have loved to see more, for the purposes of this special, there brief appearance on the monitors (and one quick Shada like appearance for Eccleston) was perfect. The final all Doctors shot was also pretty emotional and moving. 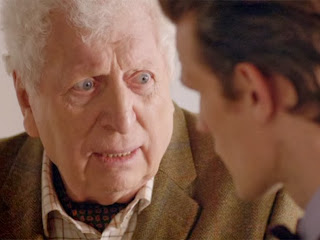 The Curator – This scene will probably be heavily debated for years but simply put, it was a way for the eldest Doctor actor alive to appear and make up for his decision not to be in “The Five Doctors”. Tom Baker is obviously the 4th Doctor but older and it is alluded to that perhaps the Doctor's final life well beyond his original 13 will be in this form and that he will become a curator on Earth. Again, this is a Moffat sort of way of including Tom Baker into the story while keeping fans arguing for decades to come. Whatever the idea, it is great to see Tom Baker and was very touching.

Growing Up – The part of the story I enjoyed the most was the contrast between Hurt's classic Doctor style and the younger Tennant and Smith. Right off the bat Hurt makes comments about how they talk like children and point sonic screwdrivers and seem to hide themselves with lots of silliness. To me this is a statement about the new series and its contrast to the classic. It also brilliantly makes a statement that the destruction of Gallifrey was why these latest regenerations act like the way they do. For me it actually puts into perspective and reminds me that Doctor's 9, 10 and 11 are damaged goods. Perhaps when they act silly, it is indeed an act and they are still hurting inside. 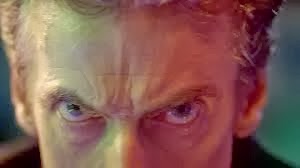 To me it seems like this story is a changing point for the series. With an older Doctor ready to take over and these events of “The Day of the Doctor”, we may see a change with this new Doctor that will be very refreshing and welcome.
Posted by SHADOKP at 5:56 PM

Email ThisBlogThis!Share to TwitterShare to FacebookShare to Pinterest
Labels: doctor who, Doctor Who 50th Anniversary, Dr. Who 50th anniversary, The Day of the Doctor