Stalking a Serial Killer in NAILBITER‏ 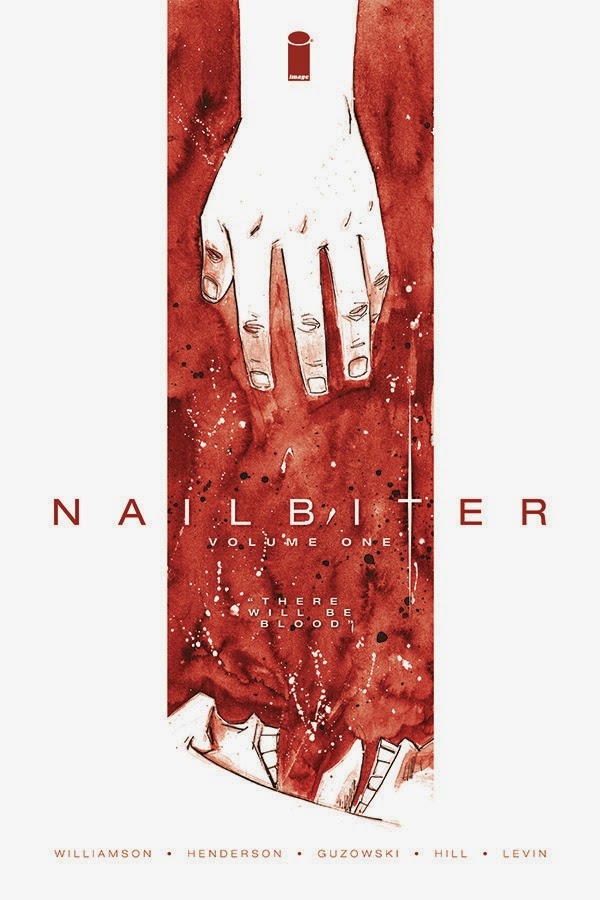 STALKING A SERIAL KILLER IN NAILBITER

From the outside, Buckaroo, Oregon seems like a typical small town, but there’s something that makes it extraordinary. The setting of NAILBITER by Joshua Williamson (GHOSTED) and Mike Henderson (MASKS AND MOBSTERS), a new graphic novel coming in October from Image Comics is the hometown of sixteen of the world’s most heinous serial killers. Random chance? FBI profiler Eliot Carroll didn’t think so, and his investigations led him deep into Buckaroo’s secrets… where he disappeared without a trace.

Now, Carroll’s best friend, army intelligence officer Nicholas Finch, has come to Buckaroo in search of him. The most obvious suspect is Edward “The Nailbiter” Warren — a psychopath acquitted of forty-five counts of first deg ree murder. Warren may be the key to finding Carroll — as well as the latest killer who has begun to menace Buckaroo.

“I’ve always wondered ‘why, and how?’ What happens in a person’s life that turns them into that kind of monster?” said writer Williamson of his interest in serial killers in an interview at Multiversity Comics. “Is it an event or are they born that way? It’s part of what we explore in the overall Nailbiter story.”

“[Nailbiter] really wended its way in directions we hadn’t predicted once sketches and designs started being kicked back and forth,” said artist Henderson of the creative process. “We both saw a twisting mystery though, rooted under the town of Buckaroo and affecting everyone in it in different (often horrible) ways.”

A mystery with the psychological horror of Hannibal and the surreal small-town claustrophobia of Twin Peaks, NAILBITER VOLUME 1: THERE WILL BE BLOOD will be in comic book stores on October 1 and in bookstores on October 14. It is specially priced at only $9.99 and available for pre-order now.
Posted by DR5WHO at 9:36 AM