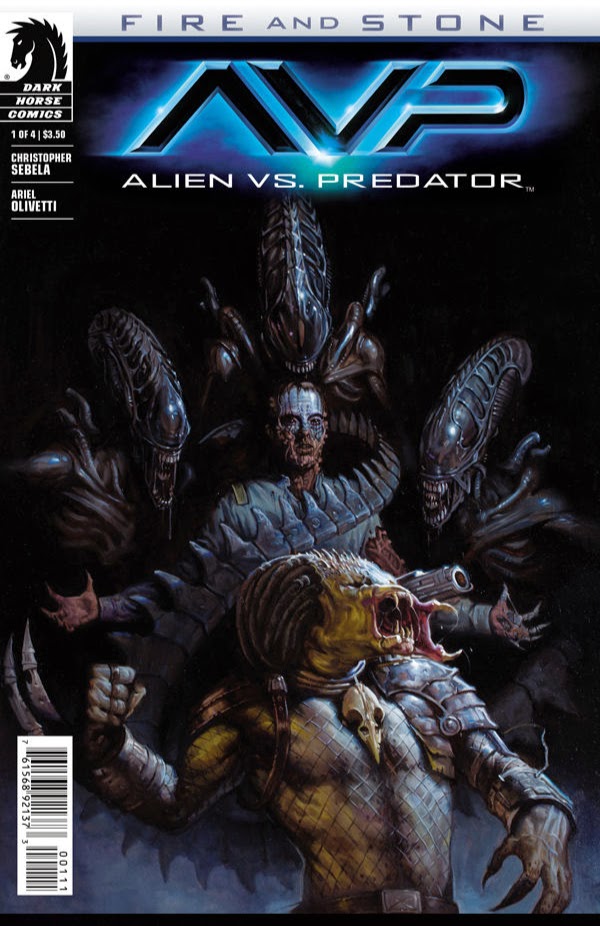 As the mercenary crew of the Perses leave the horror of LV-223 behind them, one passenger reveals a terrible new danger, and the crew soon find themselves in a deadly struggle between predator and prey!

* The Prometheus crossover event heats up!

* Art by Ariel Olivetti (Cable, Conan and the People of the Black Circle)!