Doctor Who - Robot of Sherwood - Review (some spoilers) - UPDATED Why does Doctor Who always have bad episodes each season? I guess all the variety of writers and settings and stories automatically leads to some stories not being right for everyone. Each of us has our own likes and dislikes. Where does “Robot of Sherwood” fall for you?

For me it appeared from the trailers that we were in for the first dud of the season. Silly hijinks and other trappings associated with the overused tale of Robin Hood could easily lead to a below par episode but was there enough gold to lift the story up above mediocrity?

I watched this episode once before reviewing it initially and after watching it again I added a few observations and changed my mind about a few things.

The story is steeped in light-hearted banter and humor and never let's up. For the most part I was not really annoyed by this. We have already had this season two darker serious stories and are due for one with a bit more humor. The plots of each episode this season have been so so but the first two have had enough seasoning and parallel story telling to put them on a higher ranking than they might deserve. “Robot of Sherwood” perhaps falls into that category of a so-so story but with some underlying ideas that make the story better. 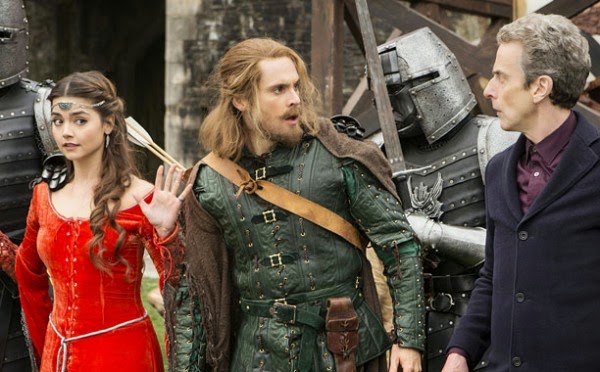 The competition between Robin and the Doctor is certainly a highlight for the story and I found myself laughing for most of it. In a way writer Mark Gatiss is pairing these two up against one another as they are both fictional characters in our world and even focuses on this in the Doctor's farewell to Robin. This is an excellent part of the story and saves it from the melting vat. Even the brief appearance by former Doctor Patrick Troughton who played Robin Hood on TV supports the connection in an easter egg fashion.  The Doctor and Robin Hood as stories and legends is a neat connection.

There also seemed to be a bit of commentary on fans.  At the start the Doctor is trying to find fault in their situation and is looking for nit-picks.  He does not accept their setting or that Robin Hood is real but he is wrong and learns to accept that there is more than those minor problems.  Clara at one point asks the Doctor why he stopped believing in fairy tales.  We see this fan or viewer connection throughout the story.

The worst element of this episode was the sci-fi part of it, namely the shooting of the arrow into the ship. This was one of the worst and forced conclusions in all of Doctor Who history. Even Russell T. Davies had better endings – OHHHH – I know!! 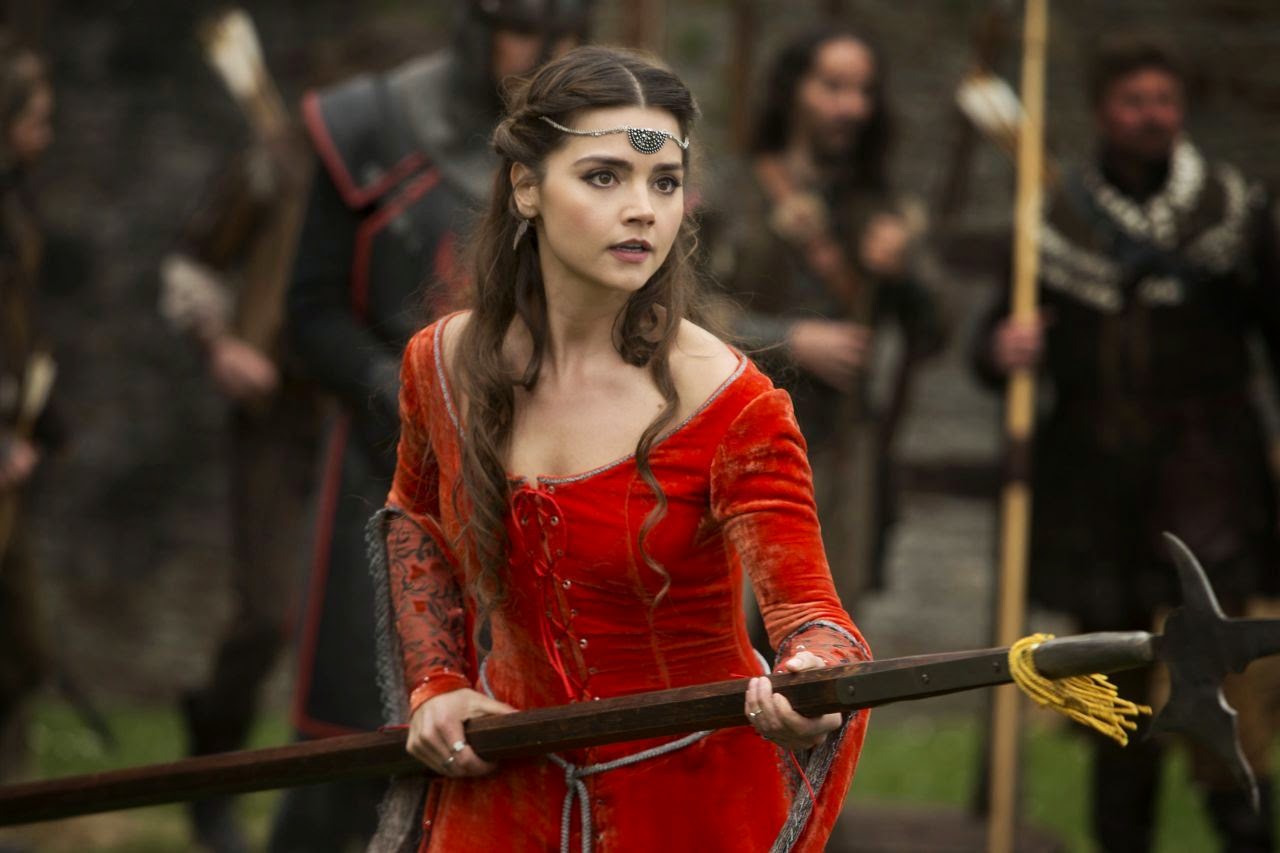 The Doctor and Clara – Well, I am still waiting for the Doctor. He has very little to do and while he does have some great moments with Robin Hood, he really seems to not be very effective, spending most of the time trying to prove that the Merrymen are not real. The Doctor seems to be more wrong than not of late and Clara continues her journey as being more stable and able to handle the situation more cleanly than the Doctor. This was fairly common in the 60's with the Hartnell era and like Hartnell, when the time comes, Capaldi does shine as the Doctor. Still I am waiting for him to have that extra moment where he proves at least to me, he is the Doctor. He certainly comes close again in this episode. Clara is all weak in the knees with Robin Hood but does have some good moments with him and the Doctor. Yet again she enters the bad guy lair and susses out the back story. 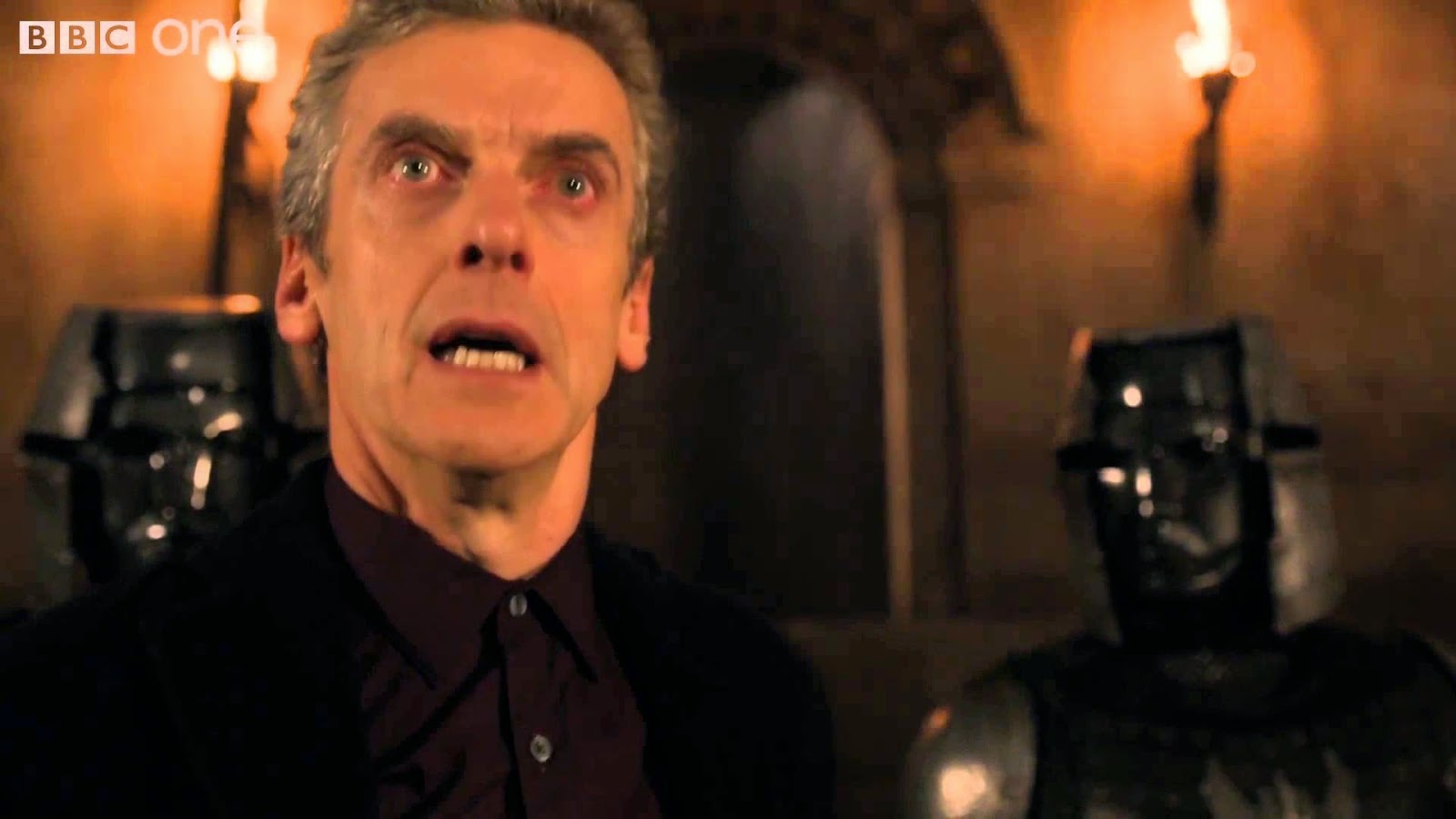 I also found Capaldi to be a little Troughton and Tom Baker like as well. His attempt at Venusian Akido was excellent as he looks so uncomfortable doing it. He is not a confident Doctor and is often just bumbling around until the moment is just right to be the Doctor. I like this and while nothing new Doctor Who, the new series is rarely portraying the Doctor in this manner.


The rest of the characters. Robin Hood and the Sheriff are handled well, if not a little too obvious. Thankfully we had no Missy appearance but the damage has been done and I was mentally ready for a scene jarring moment when we got to see that cackling lady appear. 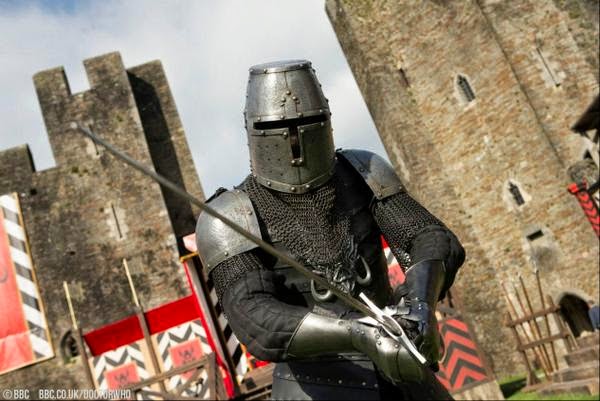 So overall I have to excuse this story and its negatives because it entertained me to a degree. I felt really no sympathy toward the story and the characters within it. Some humor gave me something entertaining for 45 minutes and the final moments with the Doctor and Robin Hood talking about heroes and stories was powerful. I wished more of that could have found its way into the bulk of the rest of the episode.

I think this would have been a much better tale if it was just a historical. Imagine the same story minus the robots and spaceship and instead the Doctor and Robin Hood match wits with the Sheriff. Of course Doctor Who producers and the BBC are not brave enough to go that way and that is a shame because the sci-fi elements were this stories weak points on all levels. As with “Into the Dalek”, give us a few more down time moments with these characters and that would have helped.