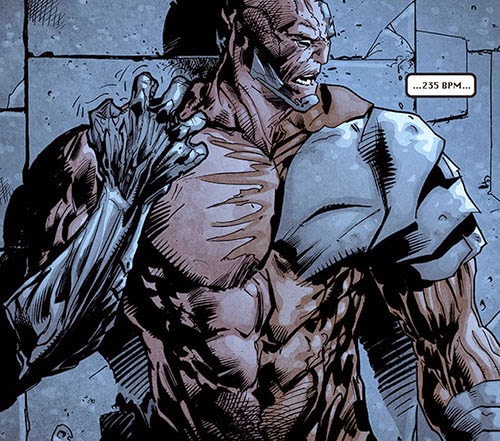 Valiant has three big releases arriving on September 17th and, first up, is none other than THE DELINQUENTS #2 (of 4) from James Asmus, Fred Van Lente, and Kano! As their respective halves of the hobo "ass-map" lead them to the center of 'Murica, Quantum and Woody and Archer and Armstrong are about to finally meet...with some explosive results. (And not just because they stopped at South of the Border. ZING!)

(And if you missed the first issue, look for the second printing on stands on October 1st!)

A lso in stores next week, two major chapters of the ARMOR HUNTERS saga are coming to a close in the lead-up to next week's grand finale in ARMOR HUNTERS #4!


First up, Ninjak and Eternal Warrior engage the Hunters head-on in downtown Los Angeles in UNITY #11 by Matt Kindt and Stephen Segovia (and a bunch of special surprise guests!) Then, Bloodshot's subterranean battle with the extraterrestrial Manowar called Malgam gets personal in ARMOR HUNTERS: BLOODSHOT #3 (of 3) by Joe Harris and Trevor Hairsine! 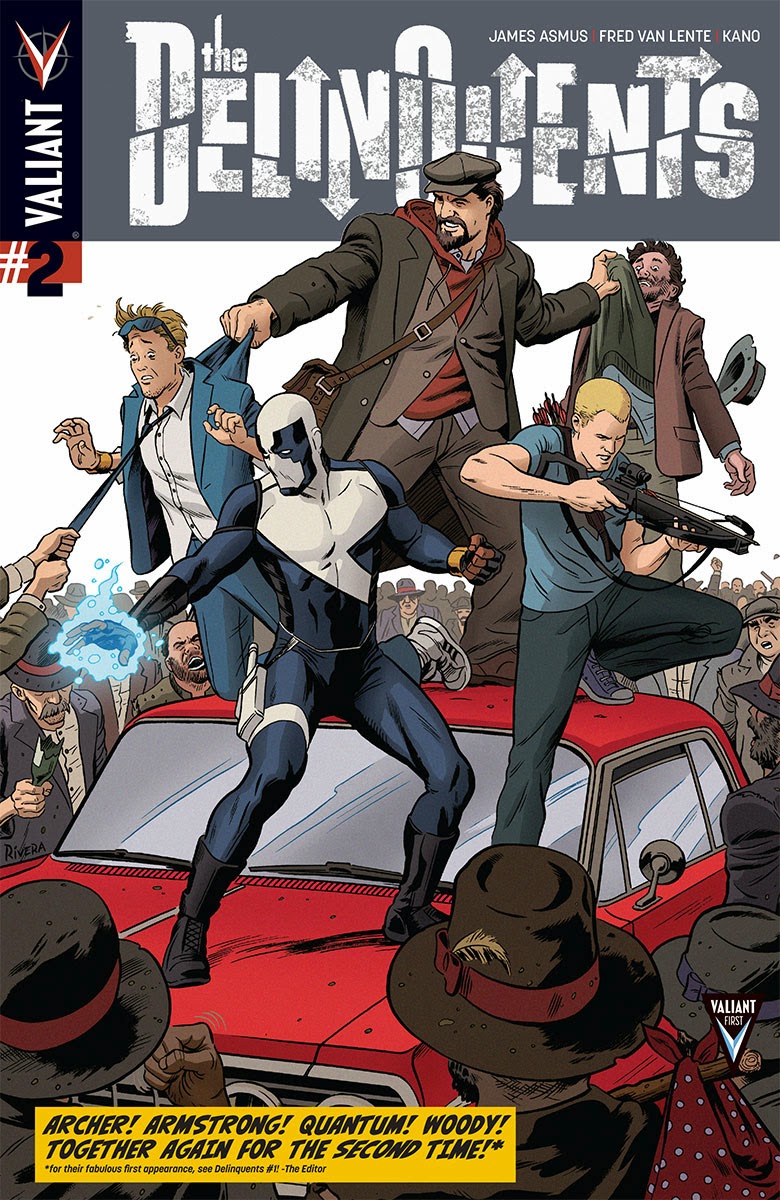 Quantum and Woody and Archer & Armstrong are riding the rails looking for the lost treasure of the Hobo King. Each armed with one half of a mysterious map, these two tandems have unwittingly been pitted against each other in a four-way free-for-all…but can either team get along long enough to achieve their mission? The world’s worst crossover joyride is about to enter uncharted territory! 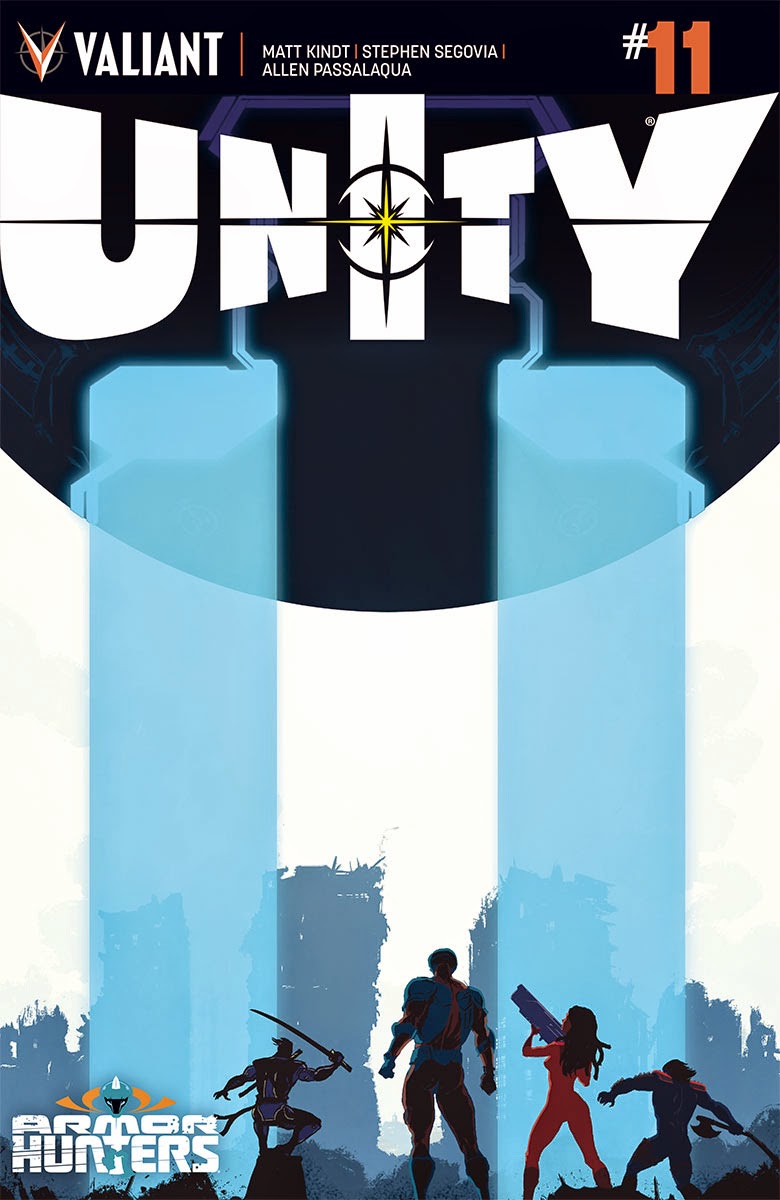 In the wake of Livewire’s stunning sacriﬁce, how will X-O Manowar, Ninjak, and the Eternal Warrior comes to terms? With a punishing revenge mission led by Bloodshot, that’s how! If it bleeds, they can kill it…and the leaner, meaner Unity team just became a living, breathing box of armor-piercing rounds. The Armor Hunters put Earth in their bullseye… Now, the bullseye bites back! 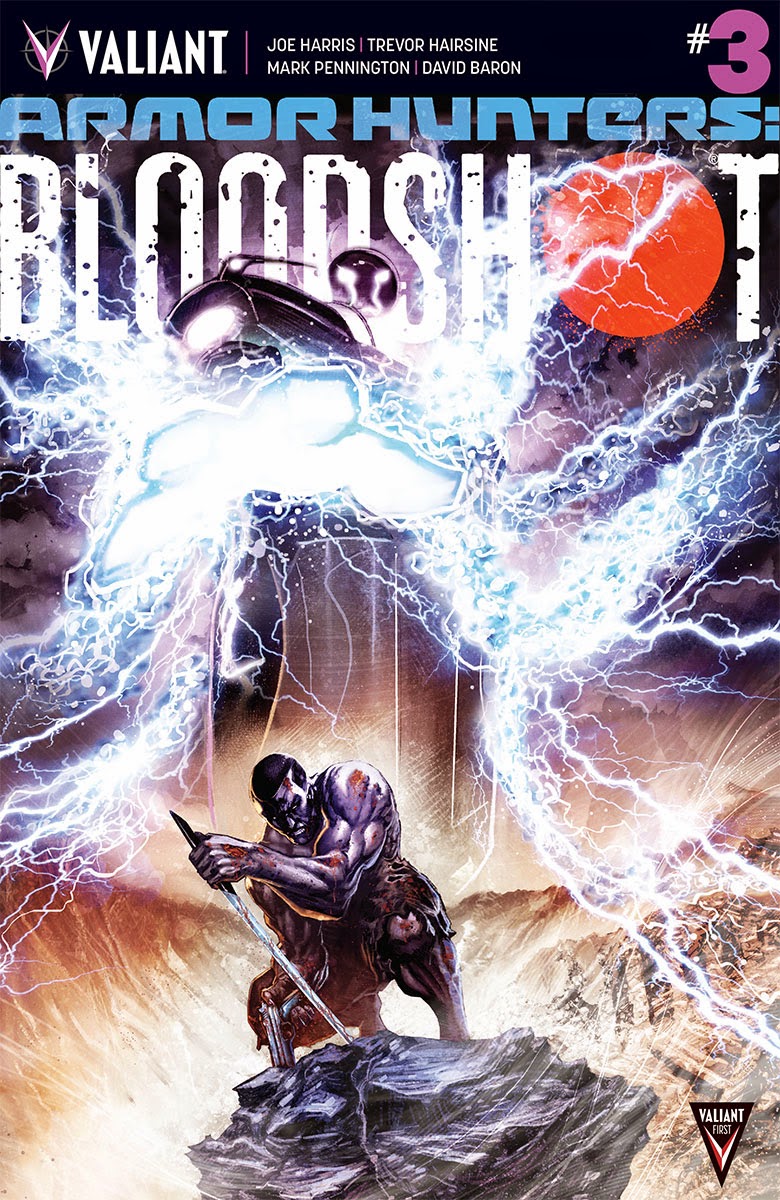 M.E.R.O. headquarters has been evacuated, and Bloodshot is the only thing left standing between the alien prisoner called Malgam and the outside world. Batt le-worn and brutalized, can Bloodshot survive one ﬁnal confrontation with an extraterrestrial foe augmented by the unholy power of the X-O Manowar armor? If you thought the ﬁrst two chapters were hardcore, stay out of the splash zone because the Armor Hunters just picked the wrong soldier to fuss with!