The Golden Age Is Over in C.O.W.L.‏

THE GOLDEN AGE IS OVER
IN C.O.W.L.
Superheroes face change in 1960s Chicago
in new graphic novel 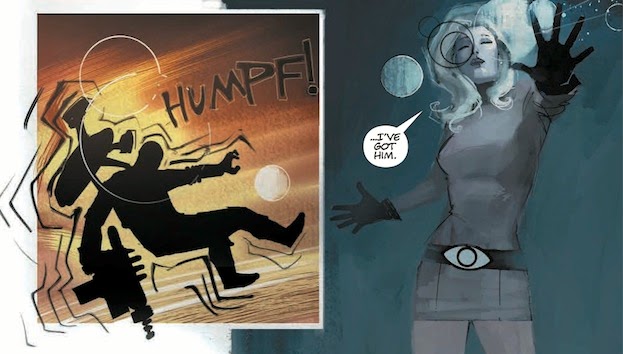 The Chicago Organized Workers League once stood as the embodiment of the Golden Age of superheroes — a union for Chicago’s best hopes against the scourges of organized crime and supervillainy. But in C.O.W.L. VOLUME 1: PRINCIPLES OF POWER by Kyle Higgins, Alec Siegel, and Rod Reis, it’s 1962, and everything has changed. The last of the supervillains has been defeated, the public is cynical, and scandal and corruption plague the once-irreproachable organization.

In this Fall graphic novel from Image Comics, C.O.W.L. must re-invent itself for changing times — but will it survive the process?


Co-writer Higgins, who made his name in comics writing Batman an d Nightwing at DC Comics, commented on the difference between writing about his own superheroes and writing for company-owned characters in an interview on Image Comics’ website.

“Our characters can change,” he said. “As much as I love writing guys like Batman and Nightwing, there’s a very set standard when it comes to who they are and what they can do… how they’re allowed to react to certain things and what decisions/mistakes they’re allowed to make. We don’t really have those limitations in C.O.W.L., which means being able to explore these heroes as real people, watching them grow and change… for better and for worse.”

Artist Reis’s retro, stylish art on C.O.W.L. has been widely hailed as perfectly conjuring the early ‘60s, as does Higgins’ and Siegel’s story, which depicts a once-static organization adapting to the rapid cultural change of its time.

C.O.W.L. VOLUME 1, specially priced at $9.99, will be in comic book stores on October 29 and bookstores on November 11. It is available for pre-order now.