Agent Carter to appear in Agents of S.H.I.EL.D. 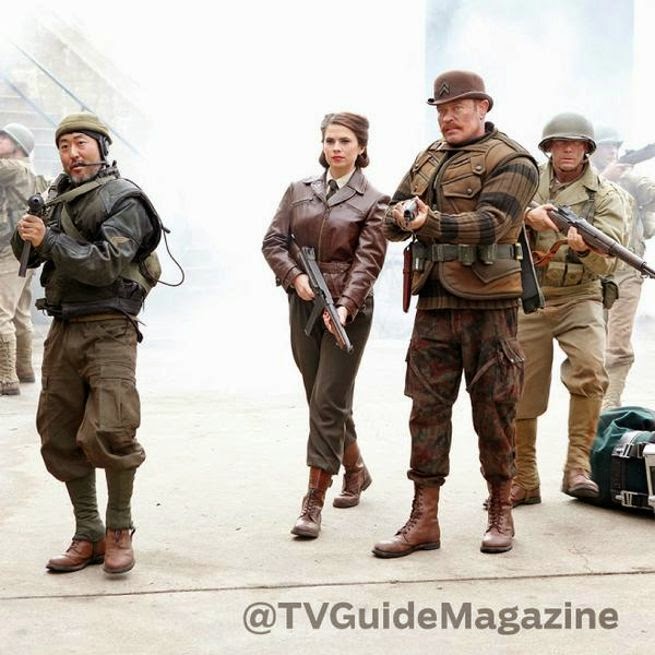 Marvel will introduce Agent Carter a bit earlier than the planned mid season spot. Hayley Atwell will be playing Peggy Carter in her own TV series, Agent Carter, starting in January 2015 but before that will have an appearance in Agents of S.H.I.E.L.D. in the premiere episode.  The appearance will be a flashback with the Howling Commandos.  The debut is on September 23 9pm EST on ABC.