Doctor Who 50th Anniversary: The Next Doctor 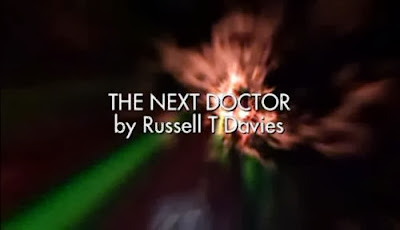 Doctor Who:
The Next Doctor
By Russell T. Davies

“They leave. Because they should. Or they find someone else. And some of them, some of them forget me. I suppose in the end, they break my heart.”

Here is a story that is fun to watch but isn’t one of the best ever.    It is a pretty entertaining story that features the Cybermen in Victorian England.  There is also the mystery of the man who is calling himself The Doctor.   The Doctor meets up with Jackson Lake who had gotten the Doctor’s memories from an attack from The Cybermen when the data was imprinted onto his brain.  This was a pretty cool concept and was pretty entertaining during the first part of the story. 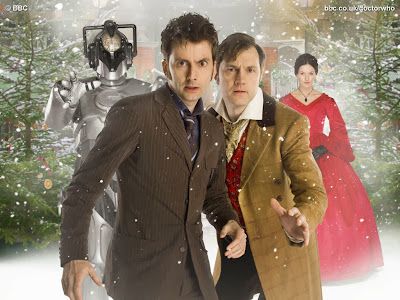 In fact that was the best part of The Next Doctor was watching the relationship between Jackson Lake and The Doctor.  Watching The Doctor trying to figure out who Jackson was if he was truly a future Doctor was pretty good to see and the comments from The Doctor where comical.  I liked how The Doctor found out who he was by using detective skills all the while keeping up the charade as to not damage Jackson Lake’s already fragile psyche.  When they did the reveal and you saw the older Doctor’s appear it was a pretty cool moment and the first time the classic series has been acknowledge in the new series.  I really liked the relationship between the two and the scene at the end when Jackson invites The Doctor to Christmas dinner was a really touching moment and you could see the sadness on The Doctor’s face when he was talking to Jackson Lake about his past companions.

I did like the Steampunk Cyberman that housed the Cyberking.  I thought it looked cool and pretty impressive and something you would expect the Cybermen to make if they were in 1852.  Even if it looked stupid with the London backdrop of that time period the CyberKing itself was pretty impressive with its steam operate parts and the canon it had for an arm.  The Cybershades were not bad either.  It was another steampunk type of Cyberman with a copper face.  This was part animal of some sort and it could climb walls.  It was ok for the most part and I guess if the Cybermen had a dog this would have been it. 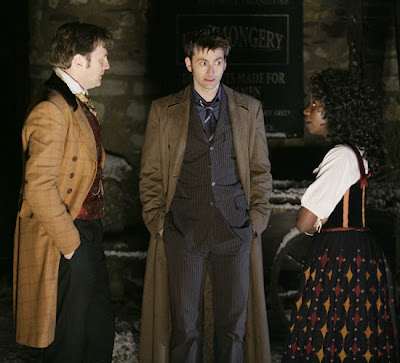 Where the story falls apart is the whole Miss Hartigan becoming the leader of the Cybermen.  Seems really unlikely that someone living in Victorian times would be able to understand and take over Cybertechnology.  In fact it seemed highly unlikely that anyone from that era would willingly help the Cybermen at all.  But her problem was that she was so hungry for power that she did not see the Cybermen for what they were until it was too late when The Doctor opened her eyes to what she had done. 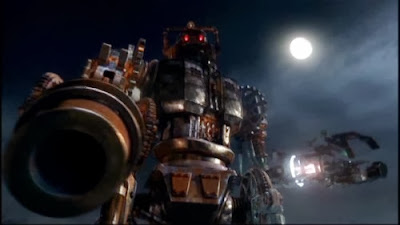 The Next Doctor was an entertaining story for Christmas time even if it was not the best story.  It had some good moments like when the Cybermen attacked the funeral at the cemetery.  That was pretty cool and was that more impressive with all the snow on the ground.  The Next Doctor is not the worst story in Doctor Who but it did entertain.
Grade C +

Email ThisBlogThis!Share to TwitterShare to FacebookShare to Pinterest
Labels: 10th Doctor, David Tennant, doctor who, Doctor Who 50th Anniversary, The Next Doctor