Doctor Who 50th Anniversary: The Spirit of Doctor Who By @Blackadder345 The Spirit of Doctor Who
By Will Barber Taylor

50 years ago a television show like no other was first broadcast on BBC One. It was a unique blend of science and fantasy, fact and fiction, jollity and menace. It would redefine a generation of television viewers and later be remembered by writers from Terry Deary to Neil Gaiman, Simon Brett to Steven Moffat. That show was of course Doctor Who. A  program unique in the history of television, a show that went from surreal, to comical, to utterly mad in the space of a single story.

In this 50th year many will feel as though the show has lost its edge, it is too confusing and nowhere near as good as it once was. Doctor Who fans like to complain in the same way Stark Trek fans like to complain about whether Kirk is better than Picard or not. Whatever fans may think the show will always be the most imaginative in the land of science fiction and this is what we should be celebrating. Doctors, Companions and Monsters will all come and go but Doctor Who is forever. And that is how it should be. No matter how many times it has been redefined the core of the show will always be the same: the tale of a mad alien and his funny little time machine that looks like a Police Box. 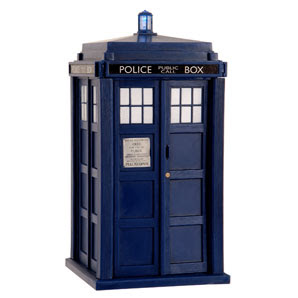 So as we look forward to the 50th anniversary special, we should think ourselves lucky. A For Andromeda isn’t still airing. Nor Quatermass. Out of all those 60s sc- fi shows the one that is still with us in more or less its original format is Doctor Who. It is a show that not only has a special place in my heart but in the hearts of millions of people.  Happy Birthday Doctor, I hope you have a good one.
Posted by DR5WHO at 2:31 PM