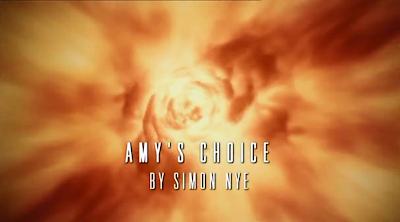 “This is going to be a tricky one.”

Now here is an episode that I truly liked. Amy’s Choice is one of those strange, weird, and bizarre episodes that do not happen all the time. It even has a quirky ending that makes you think that everything is resolved but isn’t. The ending was pretty cool. Just when you thought you had it figured out then bam something else happens. It was definitely a cool way to finish the episode. Speaking of endings it appears that the main protagonist the Dream Lord might not be gone after all as we see a reflection of him on the consul. 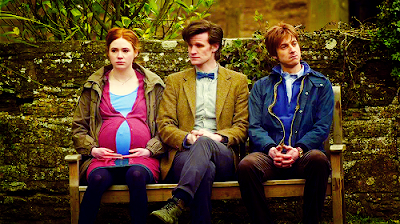 I liked that the Dream Lord turned out to be a part of the Doctors sub conscious. Of course, at the time, the fans on the forums were already speculating that the Dream Lord was the Valeyard but that is just really stupid speculation. I mean it was explained that it was an aspect of his sub conscious while the Valeyard was an actual being.  Anyway I liked the character and wouldn’t mind if he made a return visit somewhere in Capaldi’s run. 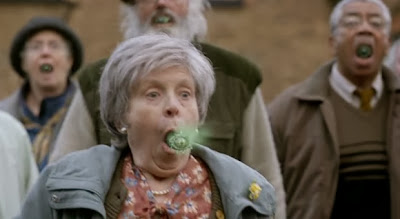 I liked the scenarios the TARDIS crew found themselves in. I just thought it was humorous seeing the Doctor running away from evil senior citizens. There’s nothing that says sinister than a pissed off old person especially one that is an alien in disguise. I like how they kill you by shooting a mist out of their mouths. If you get hit by the mist you turn to dust which is unfortunately what happens to Rory.  Which in turn helps the Doctor realize which is the dream is and what isn’t. Speaking of Rory he is shaping up to be a pretty decent character. I generally do not like a crowded TATRDIS but Rory so far has been descent and not at all annoying like most male companions. 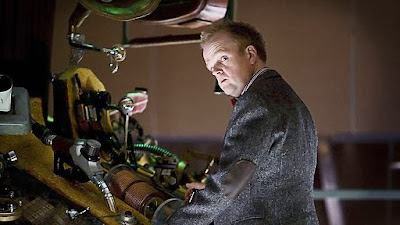 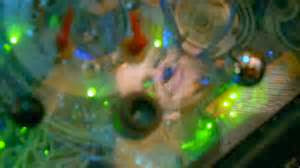 Matt Smith’s Doctor has starting to get into his groove. When first aired I started to like him more and like the awkward way his Doctor handles himself. I also liked the way the Doctor talks now as he goes from silly to serious on the stop of a dime and his temper outbursts have stopped. It is just his mannerisms that just scream Doctor at you. Matt Smith’s portrayal is very Doctorish indeed and from here he started to look like he will be a good Doctor.
Grade A -
Posted by DR5WHO at 6:57 PM