Doctor Who 50th Anniversary: Planet of the Dead 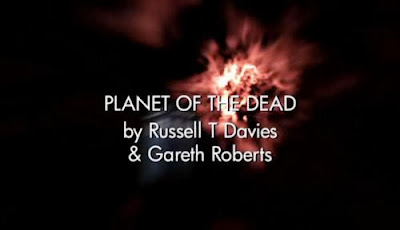 Doctor Who:
Planet of The Dead
By Gareth Roberts and Russell T. Davies

Planet of the Dead is the second of the four specials that ends the Tenth Doctor’s era.  This one came out before Easter and is considered the Easter special.  There is even a line in it that signifies this as the Doctor is eating a chocolate Easter egg and offers Christina some.  It is also the 200th episode and there is something that celebrates this as the bus is numbered number 200 in honor of that achievement.  The story on the other hand is not one that is very memorable at all. 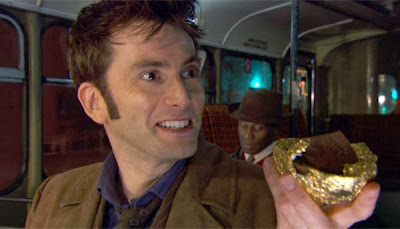 Planet of the Dead is basically a very simple story that involves The Doctor finding a way to get the passengers of the bus back through the worm hole to London.  The problem is they need the bus working to get through the worm hole as the metal will protect them from the dangerous hazards that are in the worm hole.  In fact going through without being protected will kill you as we learn when the bus driver runs through it despite The Doctor’s warning and gets himself killed and there is nothing left but his skeleton.  Oh there is one more thing.  There are killer Sting Ray creatures on the way to kill them also and what makes the threat even more deadly is that those creatures took a thriving planet and devoured it into the desert it is now.

The story was ok.  I don’t really hate it or like it.  It is not a story I go out of my way to watch.  It is just a very basic story in which The Doctor saves the day.  You know he is going to find some way to do it and when he find the crashed spaceship you knew he was going to take the technology from it to retrofit the bus to get back home.  It just wasn’t very original and it was something we have seen before in different variations and done a lot better.

I really did not like Christina de Souza at all.  She just had the wrong attitude.  Here you are on an alien planet and you’re the only passenger who is not fazed by it.  Everyone else is freaked out by it and she is standing there with that stupid grin on her face and ready to take charge.  Not that believable and come on she was more freaked out by the sand in her hair than she was of being on an alien planet.  Plus she was just plain annoying.  They cast Michelle Ryan as another character who instantly falls for the Tenth Doctor when this character could have been a lot better. 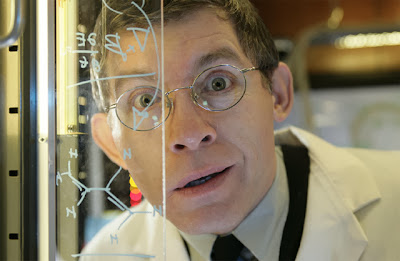 I also found Malcolm to be annoying as well.  The typical geek type scientist character who has a man crush on The Doctor.  The interaction between him and The Doctor were pretty annoying to watch and I know Malcolm was there for comic relief but it was just eye rolling time when he was on screen.  I’m sure there were some who were hoping that Capt. Magambo did shoot him.  The fly looking Tritovores were not a good creature.  They were just a guy in a fly mask in overalls.  Surely one of the weakest aliens they created and cheapest but that is probably down to filming in Dubai and how much it cost to get everything down there. 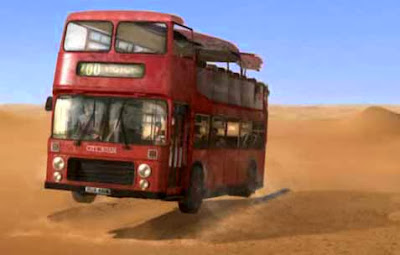 Planet of the Dead is not an overly exciting story but it did have a few entertaining moments but not enough to save it from mediocrity.
Grade C

Email ThisBlogThis!Share to TwitterShare to FacebookShare to Pinterest
Labels: 10th Doctor, David Tennant, doctor who, Doctor Who 50th Anniversary, Planet of the Dead