Doctor Who - Farewell Matt: Vincent and The Doctor 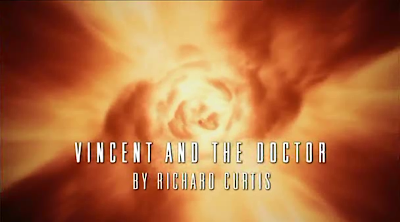 Doctor Who:
Vincent and the Doctor
By Richard Curtis

“In future I’m definitely using this screwdriver for driving in screws.”

As a fan of Richard Curtis previous work, most notably his collaboration with Rowan Atkinson, I was anticipating watching this episode right at the moment that it was leaked out that he was writing an episode of Doctor Who.   For those that do not know Richard Curtis is one of the men responsible for writing Black Adder, Love Actually, Four Weddings and a Funeral, and of course Mr. Bean. Since most of his work has been geared towards comedy I was a little bit worried that Vincent and The Doctor might be too silly. 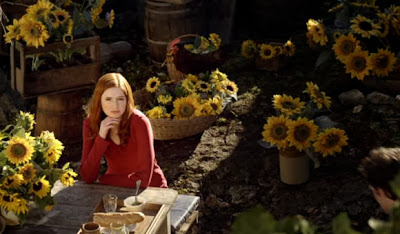 My fears were unwarranted as Vincent and The Doctor was a pretty good episode that had some funny moments. This story was very suspenseful and scary most notably when The Doctor was running away from the Krafayis. Those scenes with the Krafayis were downright scary as the Krafayis was an invisible creature. It was good to see something different like an invisible creature. Seeing the Doctor being helpless and totally dependent on someone else made for a different change of pace where you see the Doctor using his smarts for once.  We have a story where the sonic screwdriver was useless.  I find that the Doctor relies on the sonic screwdriver too much and it is pretty obvious the writers use it as an easy out for some situations. 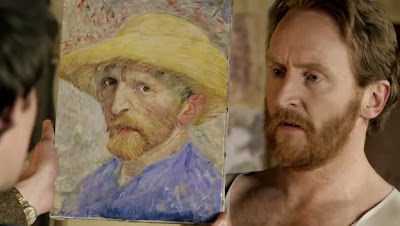 The Krafayis storyline was secondary to the general plot. Vincent and the Doctor is more about Vincent Van Gogh. The Doctor and Amy visit Van Gogh months before he commits suicide. Amy wants to in a way change history by making his life happier but Van Gogh is too far gone from mental illness for history to be changed. The one thing that wasn’t explained was how come Van Gogh could see the Krafayis and no one else could. I have to believe since his mind was screwed up that one of his mental disorders was responsible for him seeing the Krafayis. 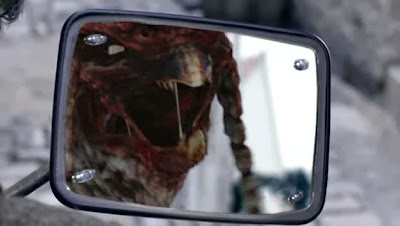 The moments when the Doctor takes Van Gogh to the future to see his work in the museum was one of the most touching scenes in the shows history. A lot of fans won’t like that part but that is what Doctor Who is all about. Plus when they return to the art gallery after bringing Van Gogh home and seeing Amy’s reaction that they didn’t help Van Gogh beat his demons was pretty sad in itself and a great scene. 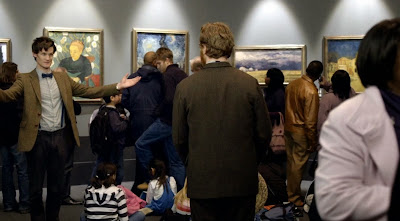 Vincent and the Doctor had some of the finest acting performances in the shows history.  From Bill Nighy’s Dr Black the Van Gogh expert to Tony Curran’s Vincent Van Gogh. The Doctor and Amy chemistry really hit’s a stride in this episode. You actually get that Doctor Companion connection in this story. Vincent and the Doctor was a very touching episode and is one of my favorite stories from the Matt Smith era. I just really like Vincent and The Doctor and this story is a good example of writing done right.
Grade A
Posted by DR5WHO at 12:07 PM

Email ThisBlogThis!Share to TwitterShare to FacebookShare to Pinterest
Labels: 11th Doctor, doctor who, Matt Smith, Vincent and the Doctor