Doctor Who 50th Anniversary: The Waters of Mars

Doctor Who:
The Waters of Mars
By Phil Ford and Russell T. Davies

“The laws of time are mine and they will obey me!”

The penultimate story for the 10th Doctor has arrived and things will never be the same again. The Water of Mars is head and shoulders above the last two specials. While The Next Doctor and Planet of the Dead were just average stories that didn’t really advance the character of the Doctor at all, well, in The Waters of Mars we see a darker more maniacal Doctor. We also see a Doctor who keeps saying he should leave a fix point in time but for some reason he stays against his better judgment. 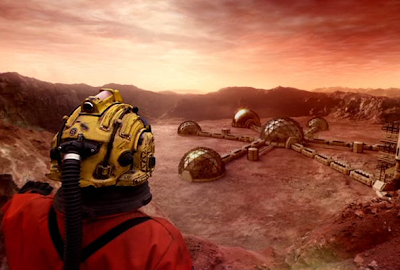 Actually we see the Doctor not acting like the Doctor at all. In fact the way he acts causes repercussions for the timelines and his own demise. As was seen in the ending of this story where The Doctor is being egotistical to Adelaide Brooke that he can do whatever he wants and no one can stop him. Captain Brooke was horrified of the man that had saved her even though she was supposed to die. So in a last act of defiance she kills herself. Whether she did that to keep her legacy alive or in defiance of the Doctor changing the rules to save her you’ll just have to speculate your own theory but we all know the Doctor has gone too far and will in the end will pay the price. That whole sequence is so unlike The Doctor and seems so distant from the man we do know. I guess the loss of his companions and the people he was unable to save finally got to him and he just snapped.

I really like the villains of this story. The Flood (as they are called in the Doctor Who Confidential special for The Waters of Mars) was one of the neatest creatures in the new series to this point. I just loved how the water shoots out of their arms and was dripping out of their mouths. They have a very creepy look to them and when you add the water aspect to it that just makes the Flood a pretty cool creature for Doctor Who. Cause as you know water always wins. 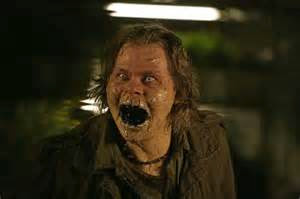 I liked the overall story as it was pretty intense and pretty dark. It was the classic base under siege story and The Waters of Mars does execute this theme very well. It had a claustrophobic feel to it as you were expecting the Flood to be popping out of nowhere and they did for the most part. Graham Harper did his usual great direction as the director for this story. The best shot is towards the end as you see the Ood and then the Doctor as he realizes that he went too far and the way it went back to the Ood and the Doctor makes that scene a classic. It was curious to see how the Ood will play out in the final story The End of Time after watching that scene as speculation at the time was pretty crazy and all over the place.

The look of the Bowie base was pretty good as it wasn’t too high tech and looked more like something that NASA would have thrown together. The robot that looked like a bit of a rip off of Wall- e was actually not as annoying as I thought it would be. Gadget did turn out to be the big hero as the Doctor used that robot to pilot the TARDIS.

The Waters of Mars was a story that lived up to all the hype and delivered the goods. There weren’t many negatives in The Water of Mars, if it at all, to dampen your viewing experience. It was a top notch story that had lots of action and quite a bit of mystery to it that keeps you guessing what is going to happen next. The Waters of Mars was definitely worth the wait during the year of the specials.
Grade A
Posted by DR5WHO at 10:36 AM

Email ThisBlogThis!Share to TwitterShare to FacebookShare to Pinterest
Labels: 10th Doctor, David Tennant, doctor who, Doctor Who 50th Anniversary, The Water of Mars