Doctor Who: Farewell Matt: The Lodger 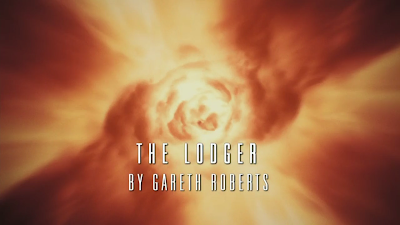 Doctor Who:
The Lodger
By Gareth Roberts

The Lodger is a nice episode that does not have many complicated scenarios going on. In other words this is a classic filler episode. The Lodger is the last story of the season before the grand finale of the season. So in essence it makes sense to have a light story that doesn’t require much brain work. 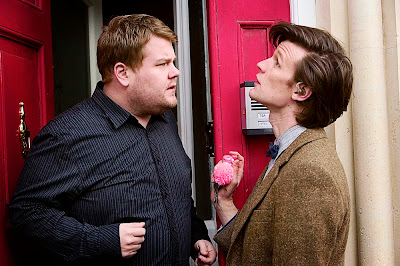 The Lodger is a unique story as it takes place on Earth and the Doctor has lost his TARDIS and Amy. The TARDIS took off without the Doctor due to what was in a house that the Doctor must get into to figure out how to get the TARDIS and Amy back and that means shacking up with a man named Craig.

The central figures in this story are Craig and Sophie.  Craig and Sophie is a couple who don’t know it yet. It appears that the two of them have trouble telling each other how the other one feels. It isn’t until the Doctor enters their lives does that fact appears apparent. Despite his good intentions of blending with the Doctor appears to do more damage that good. What makes The Lodger a pretty good story is that it takes a different approach and is actually funny and light hearted and not really a serious story.

There is a problem brewing between Craig and The Doctor.  Craig becomes incredible jealous of the Doctor seen pretty evident at the soccer game. It appears the Doctor is a pretty good player and that drives Craig furious especially when Sophie starts cheering for the Doctor.  It was pretty good timing with this sequence as the World Cup match between England and the USA took place after the episode. (Which ended in a tie by the way.)

I liked this story. It was different and humorous and tried something different. It also was another story in which the Doctor had to use his intelligence to figure out what was wrong and how to solve the problem. It was great to see the Sonic Screwdriver ineffective again. I liked it when the writers do not use that device. Having the Doctor dependent on it seems to cheapen the resolution. I liked the gizmo that the Doctor made in his bed room out of junk that he found around the street. Kind of took me back to old school Doctor Who when the Doctor would do that all the time mainly in the 3rd Doctor era.

This story was pretty good as it showed a lot of emotion and you were wondering if Craig would actually tell Sophie his feelings for her. When he did it made for a nice happy ending the type that doesn’t happen all the time in Doctor Who. So in all The Lodger is a nice awkward Doctor Who love story that isn’t all that complicated to enjoy but was very joyful to watch.
Grade B+
Posted by DR5WHO at 12:00 PM