Doctor Who - An Adventure in Space and Time - Its all about Bill and Verity!! 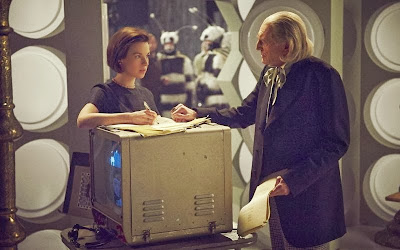 I do not lie, my 50th Anniversary has already been far better than I imagined with last months release of 2 previously lost Doctor Who stories. An Adventure in Space and Time would be the frosting on the cake and how sweet it was. 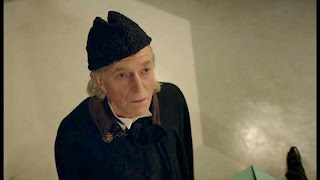 This story was just perfect on every level. I can gush all day long about the sets, costumes and attention to detail. The inclusion of the origins of so many elements from the series including the start titles, the music, the TARDIS exterior and interior, the Daleks and so on in a relatively short period of time is just remarkable. This story could have been a full blown mini series and would have been just as interesting. But alas, with limited time, the production still manages to throw in so much that this article would go on for pages if I listed them all. 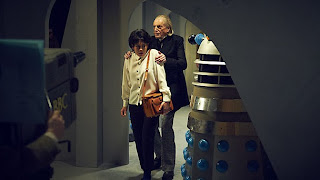 It was great to see the cameos of so many previous cast members although I only recognized 4 of them, there were others. See if you can spot them all!!

So right there you have an incredible production that has done a great job duplicating the look and feel of that time period from what we see in photos, on screen and hear from the people who were there. All of that would have been enough but there was so much more. 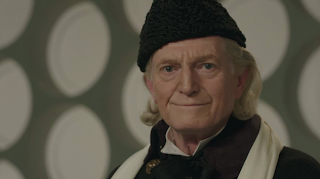 David Bradley plays William Hartnell and deserves any nominated best actor award the world can throw at him. He nails the part and brings so much to an actor that so little is really seen or known about. To see Bradley, its as if we see Hartnell in the part himself. He does an outstanding job on all levels. 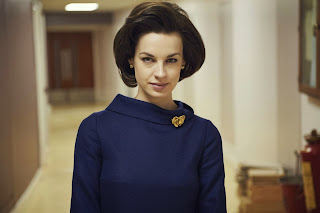 Jessica Raine also deserves awards all over the place. She plays the part well and while it's hard to compare both her and Bradley's accuracy for the parts, they brought life and the soul to this story, giving fans more than just cold facts that Hartnell was the Doctor for 3 years or Verity was producer for 2. It was all about Hartnell and Lambert and their involvement in the series. While we knew Verity left the series half way through Hartnell's time on the show, it was sad to see her and earlier, Waris, go on with their careers – leaving Hartnell alone. Notice most of the early times Bradley's character was seen with the characters of Carole Ann Ford, Waris or Verity but by the end he is often depicted by himself. Obviously the plot centered more on that time period, conveying that those were the good times and anything after Verity left was not as important or perhaps just not fun for Hartnell – not sure if that is fair but that is the way it was portrayed. 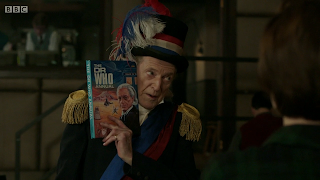 The only thing that I thought was a bit of a distraction was the performers who played many of the later companion actors, they didn't look quite right for the most part and could have looked closer to the originals, especially since none of them had speaking roles.

The story is sad but the legacy of Doctor Who is the final point of the story. The final scenes, which I had heard about before watching, were tastefully done but I actually wished there was a nod to the ongoing success of the series with perhaps classy looks at all the actors to follow and not just one.

This was more than any classic fan would want to see in an anniversary this big. The only thing better would have been to see perhaps Bradley play the first Doctor in the actual Anniversary story! 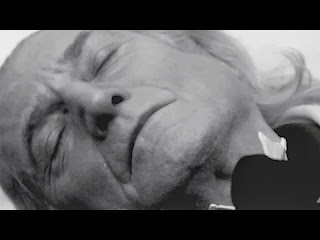 
Thank you Mark Gatiss and everyone for this anniversary gift.
Posted by SHADOKP at 12:25 AM

Email ThisBlogThis!Share to TwitterShare to FacebookShare to Pinterest
Labels: An Adventure In Space and Time, David Bradley, doctor who, Jessica Raine, William Hartnell