Doctor Who - An Adventure In Space and Time Review (Spoilers) 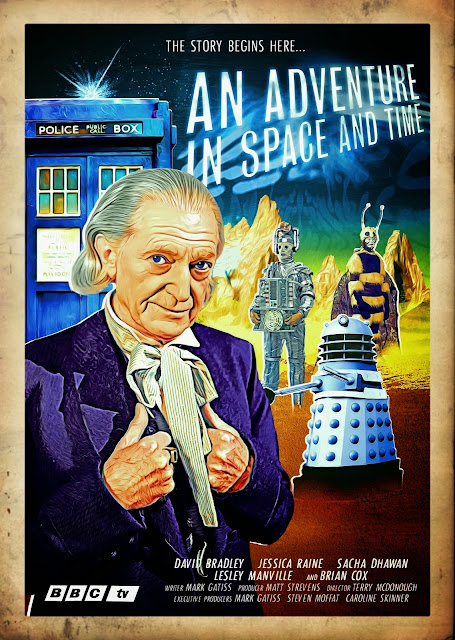 An Adventure In Space and Time
By Mark Gatiss


When the news came down that they were planning on making a docudrama about the origins of Doctor Who and the man who was the torchbearer for The Doctor William Hartnell I was more than intrigued. In fact you could say I was really excited to see this docudrama and at times I wanted to see this more than “The Day of The Doctor.”  Then the promotional pictures were released and I saw how closely they paid attention to detail just made the excitement level go up to a whole new level.  Now I really wanted to see “An Adventure In Space and Time” and see how the show came to fruition and the hardships it came up against.

Now I have finally watched “An Adventure In Space and Time” and I am lost for words on how magnificent it was.  Watching the origins of the show unfold before my eyes was incredible.  As most fans have only read about this we now can see what happened and more importantly some of the events that made up the origins of Doctor Who.   It was interesting to see Verity Lambert and Waris Hussein fight through the prejudices of the time. What makes the show that more incredible is the barriers it broke by having the first woman producer at the BBC.  This is normal for the times as sexism and racism was still strong back then and nothing was done about it like today.  Mark Gatiss did an excellent job getting the feel of that era right down to the cigarette smoking which was a common thing back then.

I really was impressed with the sets and costumes.  The production crew really paid attention to detail and it all looked like it did back in 1963 especially the Daleks city on Skaro.  That looked amazing along with the sets they used for Marco Polo and The Web Planet.  The costumes too were top notch and pretty accurate.  It was amazing to see the sets and costumes as they really did a great job on them.  But was most impressive was how the TARDIS came about.  Watching that scene on how they made the basis for it was pretty interesting and then when you saw the set itself it was absolutely stunning.  It looked just like the set they used for the William Hartnell stories and it was just amazing to see a it was so breathtaking to see when the unveiled it for the first time.


David Bradley was an excellent choice to play William Hartnell.  He had the look and the mannerisms down pat.  It was like watching William Hartnell himself on the screen.  David Bradley brought the man to life and in ways that many fans probably did not know.  The way he showed us the true man and not the actor that we see on TV was good to see even if some of it wasn’t pleasant.  There was also a sense of sadness with William Hartnell as you could see as the years went on and the people he enjoyed being with left the show.  The saddest was when they told him they didn’t want him to be The Doctor anymore and you just felt sorry for him.  It was a very sad moment especially when he got home to his wife Heather and started crying that he didn’t want to leave the show. 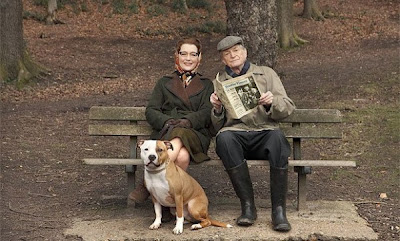 Even though William Hartnell was a grumpy and difficult old man and hard to work with he did have a charm to him that was shown in “An Adventure In Space and Time”.  Like when he went off on Carole Ann Ford and then realized he was jerk and made up for it by apologizing to her by buying her flowers with an apology in the card.  The scene that I really liked the most and one that really defined the man was when he was approached by the school children when he was sitting in the park with his wife.  I smiled watching him marching with the children and yelling exterminate.  That was a sweet scene and a side of William Hartnell that most people do not know.


Mark Gatiss gave us an absolute masterpiece about the beginnings of Doctor Who. From Sydney Newman coming up with the idea of Doctor Who right down to the regeneration with Patrick Troughton.  It was true to form and was not sugar coated to put things in a better light and duplicated an era that not many fans know about.  It was funny, sad and heartwarming at times and I’m sure it brought a tear to a lot of the older Doctor Who fans like myself.  “An Adventure In Space and Time” was a really good anniversary present for the fans and I myself truly enjoyed watching it.  I also loved the surprise of seeing Matt Smith at the end smiling and nodding to David Bradley’s William Hartnell giving him a sense that what he started still goes on to this day and that was really a great touch to end the docudrama on.

Thank you Mr. Gatiss for giving us a wonderful movie to watch over and over and it is indeed a wonderful present for the fans.

Email ThisBlogThis!Share to TwitterShare to FacebookShare to Pinterest
Labels: An Adventure In Space and Time, doctor who, Doctor Who 50th Anniversary