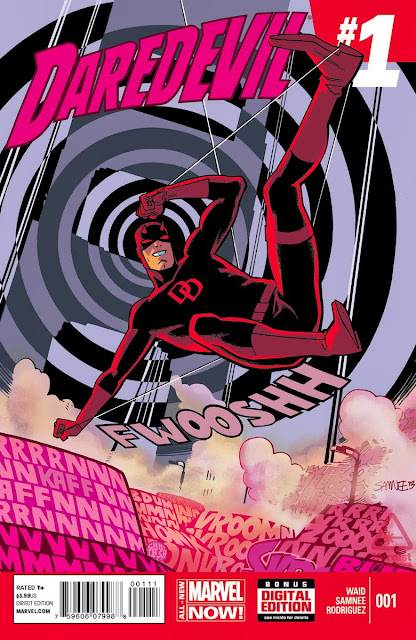 With the news of the regular series ending with Febuary's issue 36 fans were sadden that the popular writer Mark Waid's run had finished.  Now that is not true as in true to Marvel form they have decided to reboot the series and give us yet another number 1 which comes out in March as part of the Marvel Now imprint.  Gotta love Marvel Comics and relaunching their titles every year. The new series will move Daredevil from New York City to San Fransisco.  I liked the original run by Mark Waid and am looking forward to reading the continuation of his run even if it is a relaunch.