Doctor Who - Farewell Matt: The Impossible Astronaut/Day of the Moon 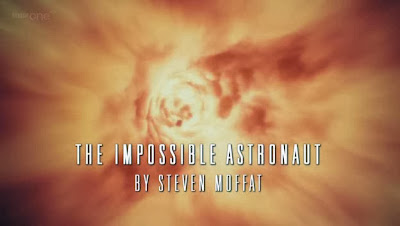 Doctor Who:
The Impossible Astronaut/Day of the Moon
By Steven Moffat

"Guys, sorry, but you're way out of time. Now, come on. A bit of history for you. Aren't you proud? Because you helped. Now, do you know how many people are watching this live on the telly? Half a billion. And that's nothing, because the human race will spread out among the stars. You just watch them fly. Billions and billions of them, for billions and billions of years, and every single one of them at some point in their lives, will look back at this man, taking that very first step, and they will never, ever forget it."

Series 6 starts off with a bang.  I mean a BIG BANG.  It turns out that the mysterious astronaut in all the promos happens to be the one person to actually kill the Doctor.  I repeat, KILLS THE DOCTOR!  (Well we all know that to be not true after watching The Wedding of River Song.)  It was rumored that someone was going to get killed off in the first episode but you never thought they were serious.  I thought the main storyline for the season was going to be about the Silence but now I'm not sure.  Unless the Doctor's death is resolved in the second part of this story then I believe preventing the Doctor's death will be the main storyline which it ended up being among other things.  The thing that was so clever about this scenario is that the Doctor who dies is 200 years older than the Doctor we have been watching.  The whole thing that makes this complicated is that Amy, Rory and River saw the older Doctor die and are now with the younger Doctor and agree to not tell him what awaits him in the future.  Amy seems to be conflicted with this decision as she believes that the Doctor should be told and apparently will go to lengths to prevent him getting killed. 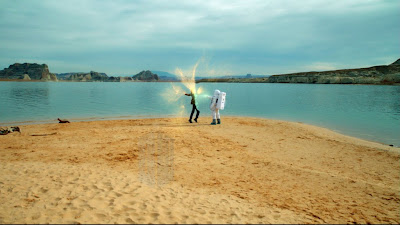 For the first time in 7 years we finally have a story that opens a new season that isn't silly and way over the top.  I mean the Impossible Astronaut is downright scary.  I was sitting at the edge of my seat watching this episode as I couldn't believe what I was seeing and I was anxious to see what would happen next.  One of the main reasons I liked the Impossible Astronaut is that you have to pay attention to what was going on because if you missed something you will be lost.  Steven Moffat has crammed in so much into this opening episode that it will make your head spin.  Not only did he introduce the Doctors death dilemma he also adds that Amy is now pregnant.  We also see for the first time the new alien The Silence.  This is one cool enemy for the Doctor to fight.  What intrigues me about them is that after you see them they have the power to make you forget that you saw them at all.  So in theory they wipe your memory.  How cool is that.  I think that The Silence will pose to be a big problem for the Doctor as they return in The Wedding of River Song and apparently the regeneration story The Time of The Doctor. 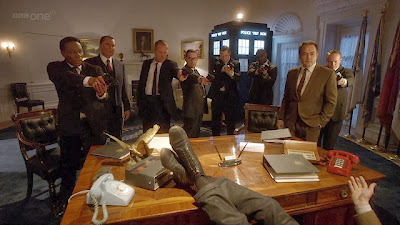 As I mentioned earlier this story is darker than we have seen and is a lot more serious in tone.  Don't get me wrong there were still silly moments from the Doctor but it has been curtailed from the previous series.  It is now apparent that Matt Smith is 100% comfortable with being the Doctor as his performance was one of the best so far and you can tell that he took the character into a new direction from last series being a bit looser.  In fact all of the acting was pretty well done.  Even that Nixon character was done pretty well. 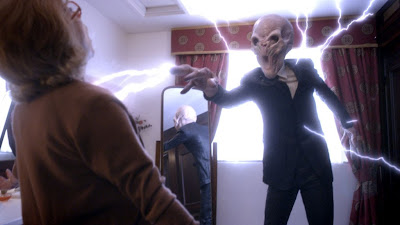 The Impossible Astronaut posed lot of questions that I believe will not be answered right away.  So far those questions have sucked me in as I am intrigued with what is still to come from this series.  I have to say that Steven Moffat has spoon an excellent first story of the season possibly the best so far from the relaunch era of Doctor Who.  The Impossible Astronaut is an excellent start to this season and a classic in the making.  Hopefully the second part Day of the Moon doesn't disappoint and kill the wonderful setup it has. 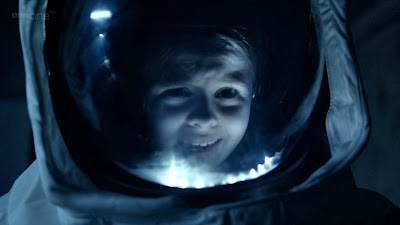 While the Impossible Astronaut was the place setter getting the pins all set up The Day of the Moon knocked all the pins down.  The Day of the Moon benefited from having more action and moving along at a quicker pace.   Plus the silly moments was kept to a minimum.  My favorite was when The Doctor was in the Apollo 11 capsule and then saying "I put it all back together except for these parts." 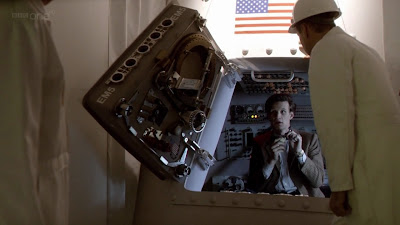 I liked the feel of this episode.  The Day of the Moon was scary and very suspenseful.  I was at the edge of my seat watching this one as I was anxious to see what would happen next.  It was also pretty scary mainly creepy scary most noticeably when Amy was wandering around the orphanage.  That was a pretty creepy scene.  Speaking of creepy I have to say that the Silence is one of the creepiest and scariest creatures to appear in Doctor Who in a long time.  I can't remember a new villain for the Doctor to face that is original and unique besides The Weeping Angels. 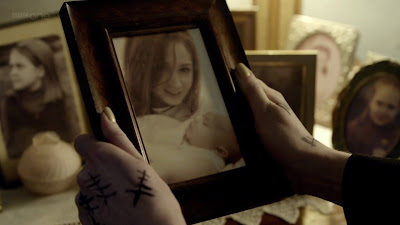 The Day of the Moon had a pretty good resolution to the problem.  The Doctor used his mind and didn't have to resort to a reset button, time travel or the sonic screw driver to defeat the Silence.  I like stories where the Doctor is clever and comes up with great way to win.  It was pretty clever to see the Doctor using a recording of the Silence during the moon landing.  Using their own hypnotism powers against them. 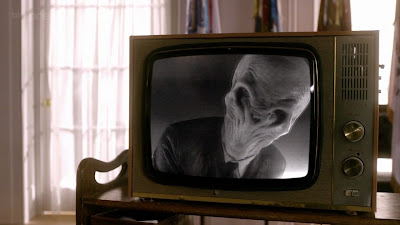 There was a pretty good scene that could have been predictable but Steven Moffat swerved the audience again.   When Rory was listening to Amy over the chip you were to believe that she was talking about the Doctor and that there would be a rift of jealousy going on.  It had me thinking that Amy was going to be another Rose who falls in love with the Doctor.  Luckily Steven Moffat didn't go that route and it was Rory that she was talking about.  Thank goodness for that.  I liked the way that Steven Moffat has kept the Doctor and Amy relationship to just friends.  It also helps that Matt Smith and Karen Gillian have great chemistry together.  Those two are most notably one of the best pairings in Doctor Who history 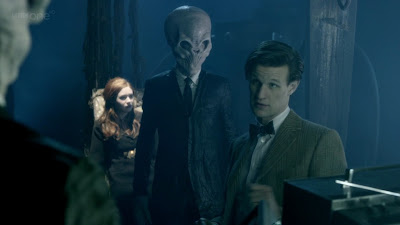 I usually like it when Doctor Who throws in big surprises and great big wow moments.  Usually those are in stories that are kind of weakly written and those scenes are thrown in to help the episode.  Well The Day of the Moon had some big holy cow moments in it.   The first has to do with Amy.  While she was in the orphanage rummaging around for the girl in the astronaut suit she comes across a picture of herself and a baby. But nothing compares to what happens in the closing moments of this episode.    This one moment will undoubtedly overshadow what a great story The Impossible Astronaut/The Day of the Moon really is.  We find out that the little girl in the Astronaut suit is a Time Lord.  We actually see her start to regenerate.  We all know that the little girl was River but at the time it was a Wow moment and the speculation was in full overdrive over that. 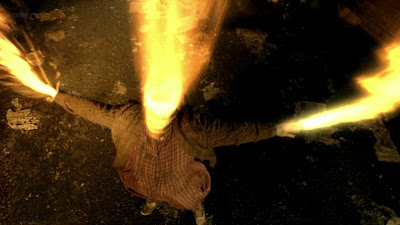 After watching this story multiple times I have to say that the season opener was very different and set Doctor Who on a different direction than what we are used to.  There are so many things to keep the diehard fans guessing but could all these developments keep new fans or first time viewers away. This starts a procession of an umbrella story with Madame Kovarian appearing at Amy and is Amy pregnant or not plus not to mention the date where The Doctor dies.  Series 6 is filled with a lot and is a pretty ambitious season so far.
Grade A

Email ThisBlogThis!Share to TwitterShare to FacebookShare to Pinterest
Labels: 11th Doctor, doctor who, Matt Smith, The Impossible Astronaut/Day of the Moon