Doctor Who 50th Anniversary: The Awakening 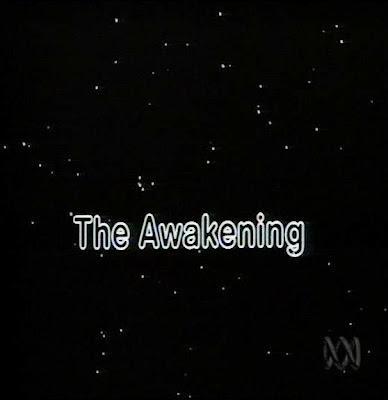 Doctor Who:
The Awakening
By Eric Pringle

“Yes, the trouble is, I don't think he can have any idea of what he's doing. The Malus is pure evil. Given enough energy, it will not only destroy him, but everything else. Cheer up.”

The English Civil War, Roundheads, and Little Hodcombe under siege it’s 1643.  Well no actually it’s 1984 and The Doctor, Tegan and Turlough have thought to have landed in the village for a relaxing visit with Tegans Grandfather.  But unfortunately he has gone missing and something very strange is going on with the village of Little Hodcombe and with the reenactment of the war games of the English Civil War. 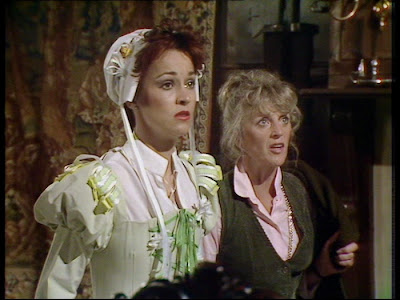 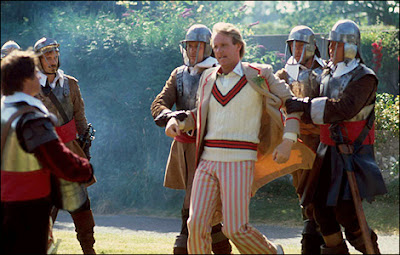 The Awakening is a nice story.  Not too long and not to short.  I can see this type of story working in today’s Doctor Who as it is a simple story with your basic alien of the week.   What also makes it work is that predates all the family stuff that is in new Who.  The fact is that The Doctor makes it a point to take Tegan to Earth to visit her Grandfather.  So before Rose, Martha and Donna’s family made it a common thing in Doctor Who it actually started in the 5th Doctor’s era with Tegans Grandfather.  So that is another thing classic Who did first. 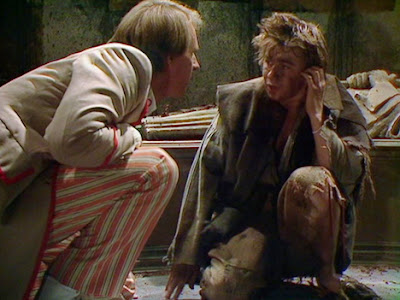 I liked the story of The Awakening as I enjoy watching the reenactment of the war games and seeing the villagers in the dress of 1643.   I also liked how time is seeping into modern day and the character of Will.  Yet again another character from the past that might have made an interesting companion just like Richard Mace from The Visitation.    It would have been interesting to see him traveling with The Doctor for a few adventures. 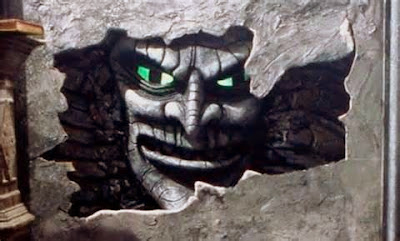 The Malus looked pretty cool also.  It was a giant head in the wall of an abandoned church that blows smoke out of its mouth.   I think it looks neat and for the 80’s it looks pretty dam cool.  Plus what is cool about this story is that they tried doing something different by having a story in present day with the time streams mixing in.  It was also different in that they used psychic projections and had an alien use your mind against you. 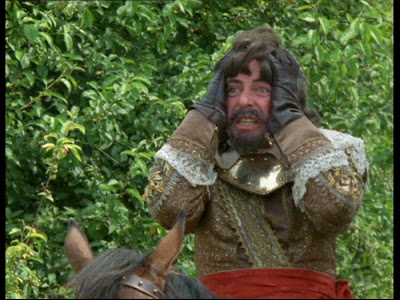 The Awakening is a nice and simple story that is pretty enjoyable to watch.  It is one of the hidden gems of the Davison era as it doesn’t get the recognition as it is in the same season as The Caves of Androzani and Resurrection of the Daleks and a certain story that has Peri in a bikini.  Anyway if you are looking for a fun story to watch that doesn’t take too much time then you couldn’t do worse by picking The Awakening.
Grade B –
Posted by DR5WHO at 2:14 PM