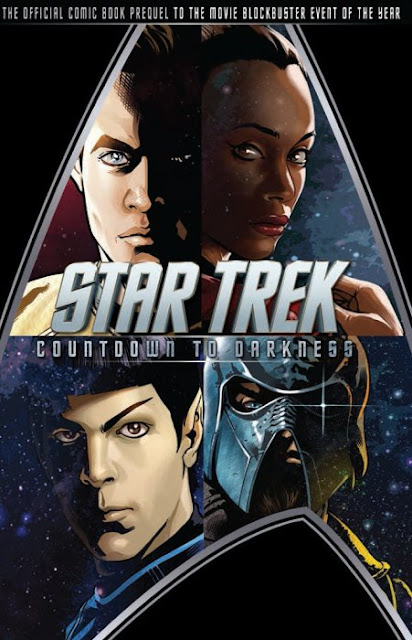 
The long wait and fever pitch that we Trekkies and geeks all over the world have been waiting for is finally here. Well some of us are luckier than others as they have already seen the film but for us in North America our wait is almost over.   So to get us in the mood for the movie IDW released a four issue series with a story in the new J.J Abrams universe written by the guys responsible for the new film Into Darkness.

IDW did this before when the first Star Trek movie by Abrams came out with a story about how Spock got sent to the past from his future when Romulus exploded. That four issue comic book series really set up that movie pretty well and really got me in the mood for that movie.  So now we have this new series and I have to say it got me rally psyched for the new movie as it dealt with the new crew on an adventure set before the Into Darkness movie.

This story is about the Enterprise crew on a survey mission to the planet Phadeus IV.  Kirk and Spock head an away team with Sulu and a red shirt (gotta have one of those) where they instantly get embroiled in an age old war between two factions on the planet.  What is surprising is that the person that is helping one of the factions is an old Captain of the Enterprise that is supposed to be dead. The Captain in question is Robert April and Kirk and Spock have more than a few questions for him. 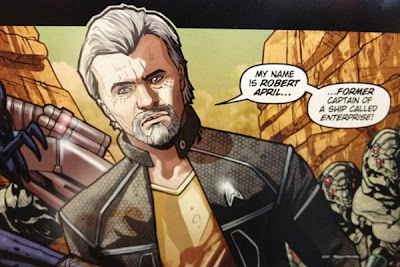 For those that do not know Robert April has a somewhat weird Star Trek history. In the animated series he was Captain of the Enterprise. In fact he was the first Captain before Captain Pike.  In the original series he was a Commodore apparently being promoted at some point and in books he was mentioned as the Captain of the Enterprise in a couple of occasions.  So I find this story basing it on Captain April to be extremely interesting and seeing him keeping the Captain canon intact is a good idea and an excellent way to give him a new backstory.  I liked what they did with his character and seeing him taking on Spock and Kirk in a battle of wits to be very entertaining seeing the experienced Captain schooling the newbies.


I like who this story dealt with Spock and his emotional backlash from Vulcan being destroyed and more importantly the loss of his mother.   It was a pretty interesting aspect that they did with Spock and one that was good to see. It would be pretty stupid if they did not spend time on this especially since it was such a big deal in the first movie and the way they handled it was done really well.  I could believe that Spock would act like he did in Countdown and in fact at times I couldn’t blame him for being like that.  I mean he did suffer a tremendous loss and even for a Vulcan it cannot be easy to deal with.


The overall story was pretty good.  I loved the mix of action and the swerves that was sprung inside the story.  Enjoyed seeing the Klingons making a return and being menacing once again and not watered down like they have been recently.  The art is pretty good also as David Messina really captures the likeness of the new crew pretty well and you did not have to scratch your head figuring out who was who.  The art in fact is pretty good as the action is captured really well and I just love how he draws Kirk being sarcastic to Spock.  Plus the covers are pretty nice also which are collected in the trade paperback collection.  What also is funny is that the art also includes the lens flares so it gives it that true J. J. Abrams feel to the comic book. I do not like lens flares and seeing them in a comic book bugs me but in this Star Trek book it felt like continuity was being kept in place. 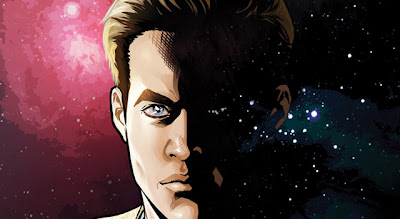