Doctor Who 50th Anniversary: The Caves of Androzani 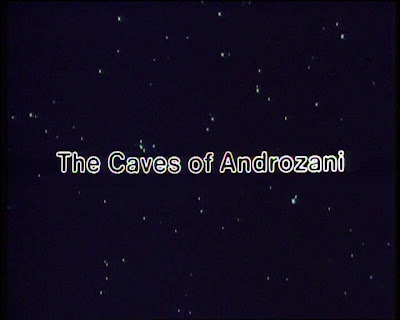 Doctor Who:
The Caves of Androzani
By Robert Holmes

STOTZ: All right, snoop. Hands in the air and over here.
DOCTOR: Why?
STOTZ: Because I'll kill you if you don't.
DOCTOR: Not a very persuasive argument actually, Stotz, because I'm going to die soon anyway. Unless, of course
STOTZ: I'll give you to a count of three.
DOCTOR: Unless, of course, I can find the antidote. I owe it to my friend to try because I got her into this. So you see, I'm not going to let you stop me now!

The Doctor and Peri arrive on Androzani Minor which is the twin planet of Androzani Major but it is also not colonized due to the fact of its constant mud bursts when its orbit takes it close to Major.  While exploring in the caves, which The Doctor proclaimed them to be actually blow holes for the mud, Peri seems to fall into a nest that is sticky and causes stinging on contact.  The Doctor thinks it is harmless as he helps Peri to take the stuff off her legs.  Unknown to the two travelers they have come in contact with a spectrox web and they have now been infected with spectrox toxameia in which there is only one cure. 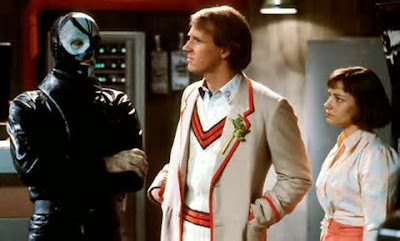 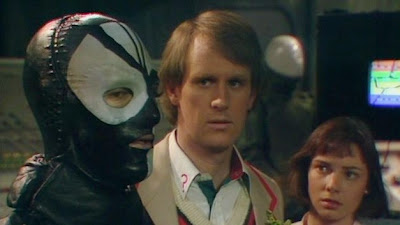 The Doctor soon finds out that they are just as much prisoners with Sharez Jek as they were with the army.  Sharez Jek is infatuated with Peri and wants  to keep her forever for her beauty and keep The Doctor around for intelligent conversation.  The pair soon realize that Sharez Jek is crazy and need to find a way out and back to the TARDIS.  That is the least of their problems as the real Salateen is delighted to tell them that they are dying.  He tells them that they are in the first stage of spectrox toxaemia and that there is little time for them.  The Doctor wants to know if there is a cure and Salateen tells them there is one but they won’t be able to get it as they need the milk from a queen bat and they have gone to the levels below to die.  The problem there is those caverns do not have any air so getting down there will be really difficult. 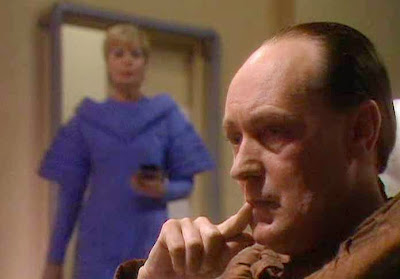 The Doctor is determined to save Peri and get them out of this situation.  It even means letting the two sides kill each other as he makes an attempt to get the milk from the queen bat so Peri might live.  This noble act will ultimately cost The Doctor his Fifth incarnation as there was only enough milk to save Peri while he yet again regenerates. 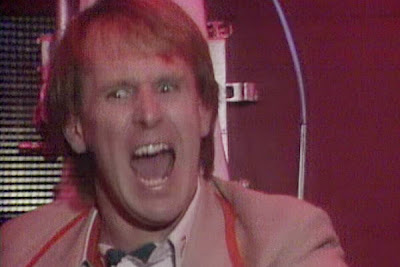 The Caves of Androzani has been hailed by many Doctor Who fans and experts alike as being the best Doctor Who story of all time.  I tend to agree with them.  If The Caves of Androzani isn’t your number one it clearly must be in your top five as this story was something that was completely different and never done before in Doctor Who.  The thing that makes this story so different is the way Graeme Harper approached this story in his directorial debut.  He used a wide range of camera movements to tell the story and most notably when Morgus would break the fourth wall and reveal his thoughts to the audience.   That was pretty cool and freaky at the same time and something that was never done before in Doctor Who. 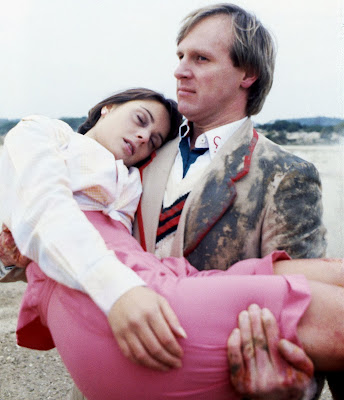 The Caves of Androzani is one of the best written stories in Doctor Who’s history and has some the best dialog ever.  You have some really good sarcastic moments from The Doctor and it was delivered so expertly by Peter Davison.   Robert Holmes delivers his best story ever and The Caves of Androzani cements his place in history as the best Doctor Who writer ever.  The story is so strong with a lot of violence and shows a more gritty side to the show.  The Caves of Androzani shows The Doctor sacrificing himself for the life of one person something we always knew The Doctor would do and we see what lengths he would go to save Peri which we haven't really seen yet in the show.. 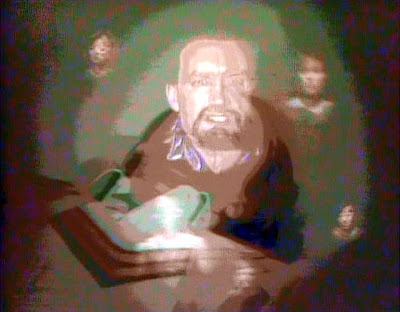 Robert Holmes borrows from a lot of different beauty and the beast type of stories but none more than The Phantom of the Opera.  You have the disfigured Sharez Jek wearing a mask to hide his injured face from everyone just like The Phantom.  Plus you have his obsession with Peri who is obviously the Christine character and in fact it is his love for her that leads to his downfall as he turns on his machines to cool down his lair to help Peri fight off the Spectrox poisoning.     Doctor Who is at its best when it pays homage to old stories like that and Robert Holmes has been pretty good at combining them into Doctor Who either as writer or script editor and yet again with Caves of Androzani it works yet again. 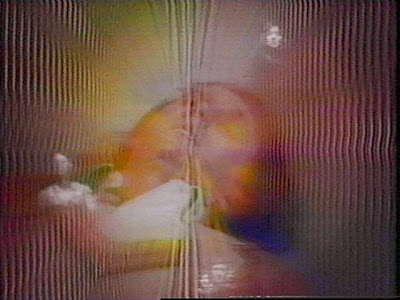 If you haven’t guessed it yet The Caves of Androzani is Peter Davison’s last story as The Fifth Doctor.  He puts in a great performance for his last dance and that makes the story all that more special as he gives the fans one more stellar performance to remember him by and to give his character a sendoff he deserves.  The performance is top rate and you can see in this story how brilliant the Fifth Doctor was and how noble and vulnerable but had that fight in him likr his predecessors.  The Caves of Androzani is the best send off a Doctor ever had and it is the best regeneration stories of all time. 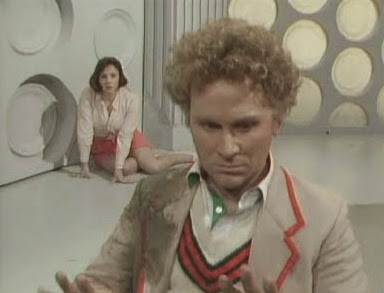 The Caves of Androzani is one of my favorite Doctor Who stories of all time and it is just a great story that still stands the test of time.  It is a story that you can look back and see what happens when they do Doctor Who right.   The classic series has always been joked about for its production values and how cheap everything looks and how the stories are not sexy enough for the newer fans but if you watch this story you see everything that was right with the classic series and when the stars are aligned sometimes they come up and make something special and this story is it.
Grade A +
Posted by DR5WHO at 2:38 PM

Email ThisBlogThis!Share to TwitterShare to FacebookShare to Pinterest
Labels: 5th Doctor, doctor who, Doctor Who 50th Anniversary, Peter Davison, The Caves of Androzani