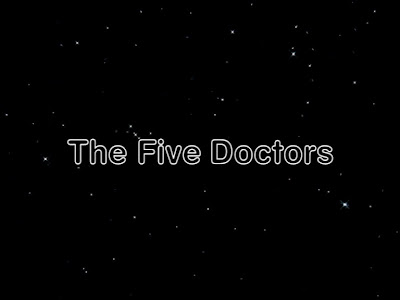 Doctor Who:
The Five Doctors
By Terrance Dicks

“I am being diminished. Whittled away, piece by piece. A man is the sum of his memories, you know. A Time Lord even more so.”

The Doctor, Tegan and Turlough are actually enjoying some down time and doing things that are restful.  Turlough is painting and The Doctor is remolding the control console of The TARDIS and Tegan well she is doing something.   While this is all happening someone is taking the Doctor’s past lives out of time. The 1st, 2nd, 3rd and 4th Doctor have all been scooped up by the time scoop and put into the Death Zone on Gallifrey. That is except the 4th Doctor as he seemed to have gotten stuck and is trapped in the time vortex in a time eddy and not on Gallifrey at all. 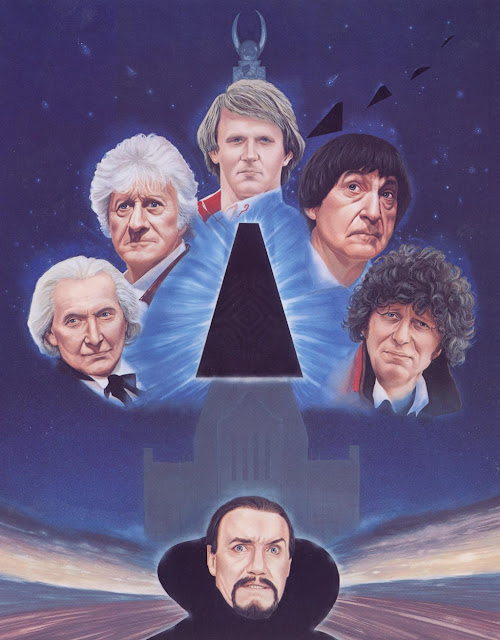 There also appears to be old friends and enemies inside the Death Zone also as Susan, Sarah Jane and The Brigadier are there also.  The Time Lords sense there is something wrong as they cannot find The Doctor at all.  They end up offering a deal to The Master to go into the Death Zone and rescue The Doctor.   The Master eventually agrees and heads off into the zone and is instantly scorned for his efforts and allies himself with the Cybermen who are also in the Death Zone to cause havoc and confusion. 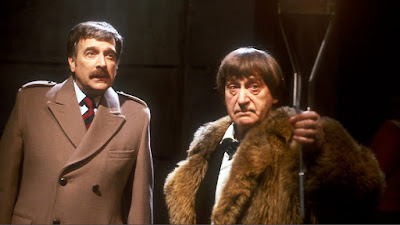 What they do not know is that President Borussa trapped them there and is after the ultimate prize in which The Doctor unwittingly discovers for him.  He is after immortality and in order to gain it you must play and win the game of Rassilon.   So it is up to four Doctors to find a way home and to stop Borussa from gaining immortality. 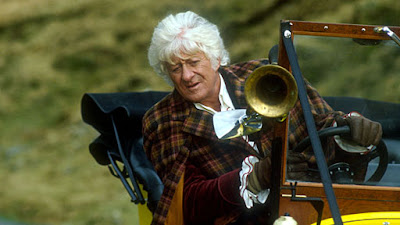 I love The Five Doctors.  Always have ever since I saw it for the first time on November 23rd, 1983.   What is a little known fact is that the United States actually got to see The Five Doctors before the UK did.  John Nathan – Turner held it for the weekend so it would air during Children In Need instead of airing it on the anniversary day which was a Wednesday and that just happened to be the day us Americans saw it on our local PBS stations.  So that is one for us to see it before the UK.
Unlike The Three Doctors which was part of season 10 and was a 4 part serial The Five Doctors was a 90 minute special that aired between season 20 and 21.  As anniversary stories go this is a fanboys dream as it was loaded with lots of appearances of characters from the past.  While The Three Doctors was a UNIT story and just had the past Doctor’s return each Doctor in The Five Doctors had a companion with them made this story even more special.   The Five Doctors was a celebration story plain and simple building off of the fans nostalgia of yesteryear and creating the multi Doctor story phenomenon. 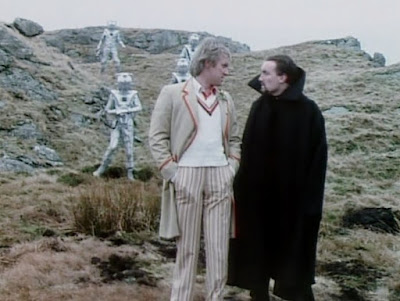 I really loved seeing all the past Doctor’s again in this story.  What is funny is that The Five Doctors is the first non Tom Baker story ever and my first exposure to the other Doctor’s.   It was a real thrill to be able to see the other Doctor’s as my PBS station was doing the Tom Baker thing so this story was even more exciting for me back in 1983.   It was a big thrill and it would have been even better if Tom Baker had decided to participate. 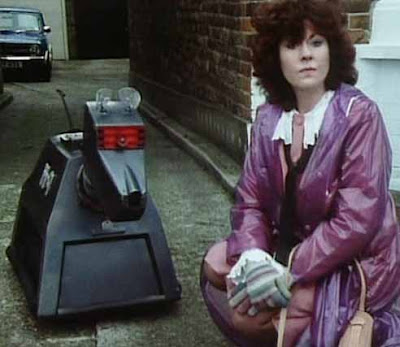 The first Doctor was played by William Hurndall who stood in for William Hartnell who had passed on in the Seventies.  He was a decent 1st Doctor but he was no replacement as William Hartnell had a certain style.  I do give them credit for doing it though as it was a bold move to have someone else plays the 1st Doctor.  But in reality it just wasn’t the same and they did pay tribute to him by playing The Dalek Invasion of Earth closing clip of him saying his farewell to Susan. 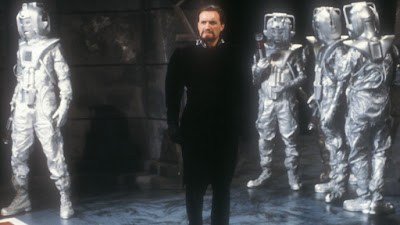 I loved seeing The Master’s involvement in this story even if it seemed weird that the Time Lords were able to summon him so easily and the fact he showed up and not thinking he would be imprisoned.  If they could summon him so easily don’t you think they could have captured him at any time.  It was also good to see a Dalek and The Cybermen also as those two enemies have been stalwarts through Doctor Who’s history. 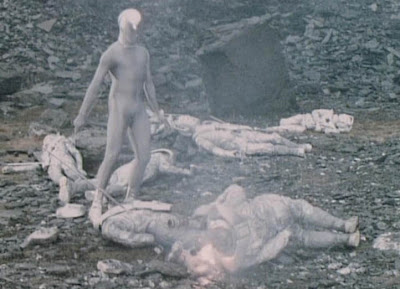 The Five Doctors is the last story that Terrance Dicks would write for Doctor Who on TV.  He has written some books but this is his last televised adventure and he leaves the series in grand style giving us a really magnificent anniversary story.   Plus he gives us one of the coolest charecters ever The Rastin Warrior robot. It is so cool when it slaughters the Cybermen.  That scene has been called The Cybermen Massacre ever since. 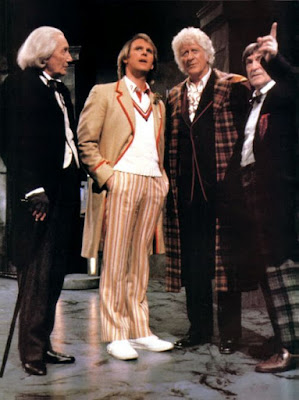 The Five Doctors was the biggest fanboy and fangirl story of its time and yes there have been other great fanwank stories but this one paved the way.  It is a fun story to watch and there is something for everyone.  A lot of Doctor Who history crammed into 90 minutes and the story doesn’t even suffer at all from all the appearances.   This is one of my favorite stories and one that I have seen over and over again as it is just really fun to watch.
Grade A
Posted by DR5WHO at 7:30 PM