Doctor Who - The Name of the Doctor – Or, Why It Might Be Ok To Like This Finale. By @MAntoniaP 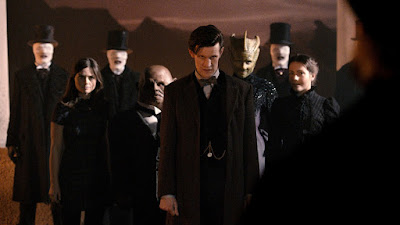 The Name of the Doctor – or, why it might be ok to like this finale.
By Marie Parsons

This is not really a review. Reviews have been made, theories pondered, questions raised, complaints and likes broadly and specifically debated all over.

This is one person’s pondering, after two viewings of The Name of the Doctor, and after going back to older episodes both in pre-break and post-break (not doing Classic vs New Who) Doctor Who. After all that, I have concluded that it just might be ok to like, even love, the finale.

Of course, this is all just my opinion.  See what you think. 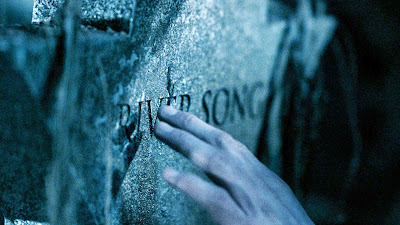 The Doctor began, in our viewing, as an odd, crotchety, mysterious traveler-with-a-granddaughter in a time-and-space traveling machine. He left his granddaughter on Earth (i.e. made a decision on her behalf without consultation), and along the way, took on, and said farewell, to other companions. Good-byes were often said without any hint that he had any desire to know how their lives fared thereafter, for good, or not-good. Perhaps he never liked good-byes even back then.

As for the places to which he travelled, the events in which he participated, and the people whom he saved, or who died because of his actions or lack of action: did he ever spare a thought to what may have happened had he not shown up.  Did he, back then, consider what ripples his passing may have left in the streaming loops of time. Time, as has been often said, and not just by the Doctor, is not linear. It circles and loops and weaves around and in and out. 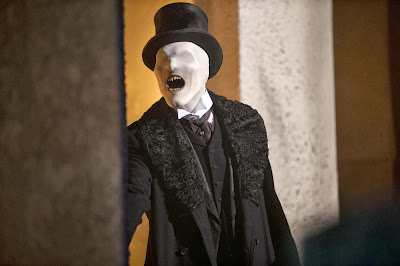 Eventually, we see the Doctor begin to ponder his choices. In Genesis of the Daleks, he had a chance to keep the Daleks from ever becoming—and yet did nothing. How that may have haunted him. In Resurrection of the Daleks, Tegan takes him to task about all the killing, and he ponders changing his ways. Yet, when faced with that one Dalek in the underground museum, the Doctor, wrapped in a mad rage, is prepared to kill. Was he thinking back to earlier times when he could have done something but didn’t, or when he could have taken different action?

The best characters are those with complex layers. James Bond, once upon a time just a suave, devil-may-care womanizing secret agent, became far more exciting and intriguing when he showed vulnerability, e.g. in License to Kill, Die Another Day, or the rebooted Casino Royale.  James T Kirk is far more interesting in those moments when he is not sure he can overcome the obstacle before him. Characters facing hard choices, trying to decide what is “right” for them and for the moment, are far more captivating. 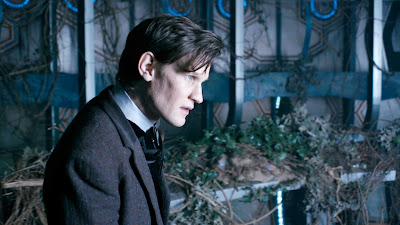 So too, with the Doctor. He has been great fun as a sometimes eccentric, sometimes charmingly witty, sometimes oddly genius, sometimes sweet boy-next-door (the later incarnations). That all worked well. But, alien though he is, with his two hearts, brilliant clever mind, and knowledge of time-travel and so many other things, there is much in him with which we could relate. He relishes the friendship of others—no matter who they are or what they may bring on with them. Even knowing that, compared to whomever is his companion, he is the more clever, the stronger, the one who will resolve everything, the Doctor, he trusts in them implicitly and completely. They are his best friend, and he is theirs.  He loves their attention and their admiration, but he also encourages, and believes, that they are at their best, and will always be their best. Even when they are not smart, not brave, too reckless, too clever, and never listen. Would we trust our best friend (e.g. Martha Jones)to wander the Earth, through dangers unknown and untold, just to ensure that on a certain day at a certain time, we would trust that our friend would be there when we most needed them.

What if all the people and creatures the Doctor defeated decided to do something about him. What if all the people we ever disappointed, or hurt, or offended, or ignored, banded together against us.
If we travelled long centuries through time and space, would we not hope to meet at least one person who would know us completely, love us unconditionally, trust us until the end of all things, and who would hold our hearts close and safe (River Song). 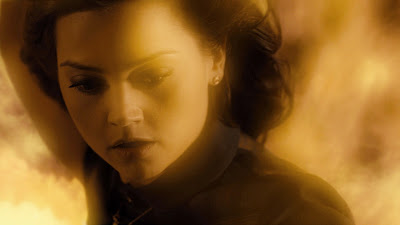 What if, of all the decisions we ever made in our long long life of travelling space and time, we made at least one dark, horrible, overwhelmingly frightening, decision, because we knew it had to be done, we smugly thought only we could make it, and we turned our back on ever contemplating its cost (John Hurt’s mysterious Doctor—or, the Dream Lord).

Sure, the Finale leaves some questions. Why was Clara born to save the Doctor? Did she really “save” him in any way, (she is not really shown doing *anything* anywhere to specifically save him) or did her presence simply negate and cancel out the presence of the Great Intelligence? If the latter, how was she ever “born” to do that. How did she float in on a leaf? What great destiny set her into motion? Is she connected with River Song in more than that tardy telepathic link? Did the Doctor himself, at some point in his life, somewhere along the time-line, set her into motion? 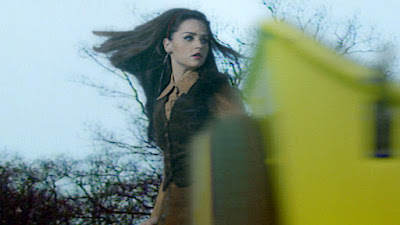 These are questions one could ponder (and yes, even I ponder them because I dissect even the stuff I adore). Must they detract from the nicely complex character of the Doctor? Not necessarily. Not in my opinion, at least.  Time Travel itself is an odd concept. Its very nature lends all manner of intriguing possibilities to a story. The Doctor could be presented as a bit darker, with a dash of sinister—because that makes his being heroic and charming and witty and clever and brilliant all the more fascinating.  None of us humans are less than multi-layered. We fear, we love, we hope. We are brave, we are terrified, we can cope, we would rather run. The Doctor is an alien, but he is also most of the best of us. That’s why we love him. Not because we fantasize about running with him, in the TARDIS, through time and space. Not because we wish we could be his best friend. Not for all sorts of dreamy reasons that have little to do with reality.

In his darkest time, the Doctor did something that made him anguish, and run, and bury a secret deep inside. Yet he also overcame that and chose to be the Doctor. We love the Doctor because he shows us we can do the same.