Doctor Who - The Name of the Doctor (Review with Spoilers) 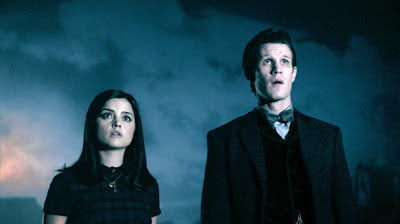 The first thing I did today when it came to Doctor Who was check what the British fans on Gallifrey Base thought of the episode, "The Name of the Doctor". As I predicted, it is by far the best episode in their eyes in quite some time. Why is that? Well, it is because it is about the Doctor and nothing more. These types of episodes are what people want to see. 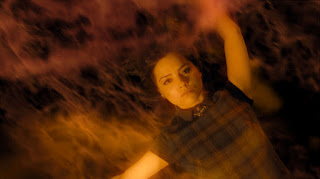 With that said, I have to admit that this story is spectacular on so many levels. First I will say that the majority of the reason it was spectacular was because of Jenna Louise Coleman. Say what you want about that actress, she made virtually every story she was in so much better. She might not have had the chance to show off her ability as much as some previous companions but this story was pretty close. 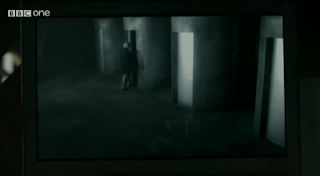 The story is pretty huge and to be expected from a finale. The resolution is as concrete as most. With this said, it was one of the better written finales. How the Great Intelligence interfered with the Doctor's timeline and how Clara fixed it is a bit of a mystery. This new Star Trek 2009 modification basically means that Clara is in more Doctor Who episodes than any other companion and that she has saved the Doctor over and over again. It is hard to believe that this can actually be. This far fetched idea is brilliant in Clara's self sacrifice - but really? The execution with Clara and previous clips from the show were mostly not very
effective and looked off. The best was obviously the first Doctor and Clara, a great scene. 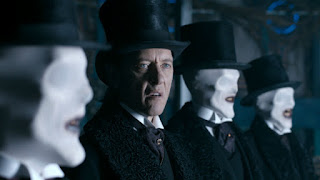 I am not saying that I disliked this, it is very moving and heroic for Clara's character and propels her, in my book to near the top of the list of companions for this action. I just found the idea flawed. Does the Intelligence and Clara do all their meddling without the Doctor knowing? Is all of it “off camera” from our perspective? Or did her act just cancel out the Great Intelligence's interference, bring balance one again?

Beyond that we have some pretty good moments with the entire cast. Even Strax was not over done. The creatures and sets were also up to high standards. The idea of the Doctor's tomb and most of the plot is also well thought out. 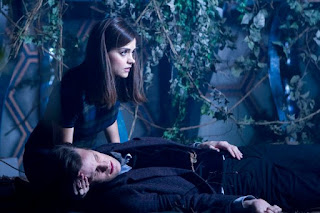 Matt Smith does a pretty good job as does Alex Kingston. When River Song is toned down she is fine. Yet again it appears that Song's story is over and this is the best touching final appearance. Please don't ruin it by bringing her back. That character is way past her usefulness and has become annoying to more and more fans. Go out on a high note.

Now I am dreading the anniversary special as are many many fans due to some of the latest rumors. The appearance of John Hurt at the end of "The Name of the Doctor" supports these rumors 100% and so instead of a shocking moment for many, it is just a “Oh, NO.......” moment that I personally hope they won't make worse with the special. 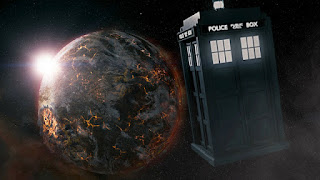 This story is like the type of stories I would rather not see in Doctor Who. The series has gotten away from good stories and instead just wallows in its characters of the Doctor, River and companions way too much. I would care more about these characters in a Doctor Whoish scenerio and not a story just about them. With that said, this final season 7 episode might be my favorite. I have to think about it and watch it again. It certainly answers previous questions and does a pretty good job not going over board.

This is what the fans want to see for the finale and hopefully in the future we can keep these types of stories to a minimum. They will lose their impact if done again and again. As for the anniversary special, this episode seemed like one and it is a shame that they could have put some more thought into it and put the two ideas together and made a two part story. Instead we have what could be a potential sore spot for fans but Moffat knows what he is doing from time to time so we can be hopeful.
Posted by SHADOKP at 10:07 PM

Email ThisBlogThis!Share to TwitterShare to FacebookShare to Pinterest
Labels: clara, doctor who, Jenna-Louise Coleman, Matt Smith, The Name of The Doctor