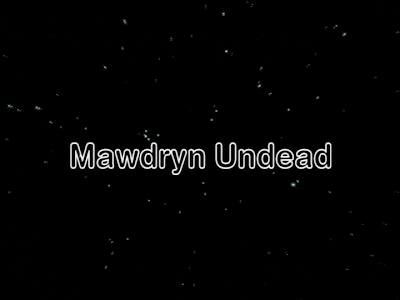 “I, Mawdryn, have returned. It is time for the awakening.”

When Tegan and Nyssa arrive in 1977 they find a charred being in the capsule that they believe is The Doctor.  So Tegan decides to head for Brendon School to get some help.  She runs into an old friend of The Doctor as The Brigadier now teaches math at the school.   The pair head back to the TARDIS where Nyssa is anxious to leave but when they enter the TARDIS the person they see looks nothing like The Doctor at all. 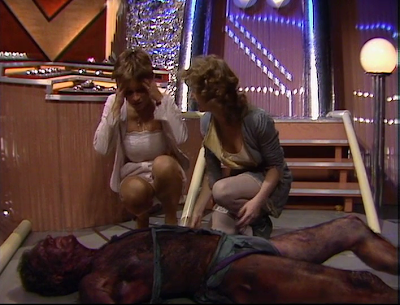 Back in 1983 The Doctor runs into The Brigadier also but for some reason he does not remember who he is. For some reason he has no recollection of the last six years.  Once The Doctor helps The Brigadier regain his memory they work on trying to get back to the Starliner by the transmat capsule. With the aid of the homing beacon The Brigadier had from six years ago The Doctor, Turlough and Brigadier make it back to the Staliner but there is a problem.  Unfortunately the 1977 Brigadier arrived on the Starliner with Mawdryn , Nyssa and Tegan and if they meet it would be really bad or as Tegan says “ZAP!” 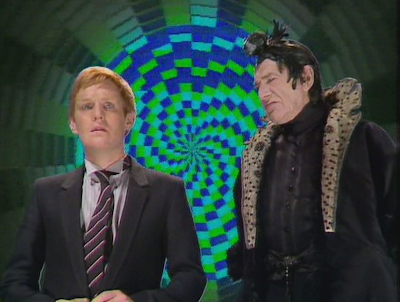 Season 20 was a season that John Nathan Turner wanted to have things from the past return to Doctor Who to help with the celebration.  In Mawdryn Undead we have two figures from The Doctors past returning.  First we have The Black Guardian.  The Doctor first encountered The Black Guardian while he was searching for the Key to Time.

While it was in The Armageddon Factor that he tricked The Black Guardian (Who was disguised at The White Guardian) from getting the Key to Time it was this act that The Black Guardian swore revenge on The Doctor and threaten to kill him. What I find to be pretty comical is that The Black Guardian is wearing a bird on its head.  If he is supposed to be all powerful and so evil I would have thought he could come up with a better head piece than a dead crow on his head. 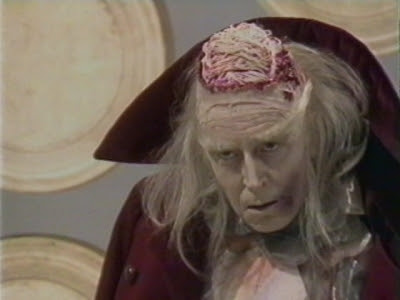 This takes us to now.  The year is 1983 and The Black Guardian is using a student at Brendon School named Turlough.  He is actually an alien from the planet of Trion whose family has been exiled.  The Black Guardian promises to take him away from earth if he does one thing for him.  Kill The Doctor.

At Brendon school teaching math is the other returning character from The Doctor’s past. It is none other than Brigadier Lethbridge – Stewart who is a dear old friend of The Doctor’s and doesn’t seem to remember quite who he is.  Definitely a dilemma for The Doctor as he has also lost his TARDIS with Nyssa and Tegan back in 1977 with a younger Brigadier.  Plus there is the threat of Mawdryn pretending to be an injured Doctor and who wants the Doctors remaining lives to help his fellow comrades to die. 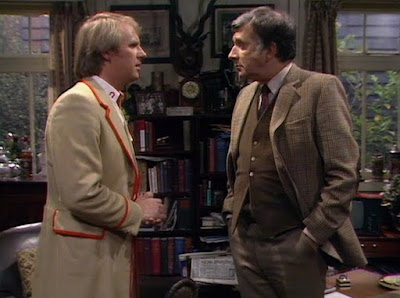 What is weird during this sequence is how stupid and gullible Nyssa is.  Mawdryn fools her so easily and for someone who is so smart and has a scientific mind you would have thought she would see through Mawdryn.  Tegan is the one who actually sees through it all and has her doubts but keeps getting shot down by Nyssa who is so taken in and naïve that you have to believe that Tegan is the smarter of the two at least in this story. Tegan knows The Doctor and knows how he really regenerates and is not taken in by Mawdryn at all. 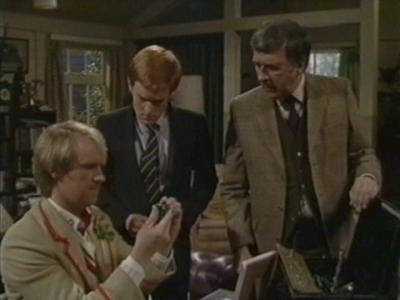 I love Nicholas Courtney in this episode.  He his marvelous playing the two Brigadiers and the one that is from 1983 who has the memory problems is one of his best performances.  I just love the scene when The Doctor confronts him and helps get his memories back.  It is such a powerful scene and you see The Brigadier in a weaken state that it brings some humility to the harden soldier. 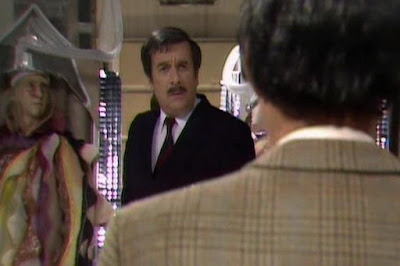 Mawdryn Undead is a pretty good story with some interesting things going on it.  You have the two Brigadiers on the star liner trying to not meet and cause damage to the time lines and you have Turlough attempting to kill The Doctor to no avail for The Black Guardian.   This trilogy gets overlooked quite a bit but these three stories are some of the Fifth Doctors better adventures and it starts off with a nostalgic trip down memory lane for The Doctor as he is reunited with The Brigadier for the first time since Terror of the Zygons way back in series 13.
Grade B
Posted by DR5WHO at 9:00 AM