Elementary - One Perspective By @MAntoniaP 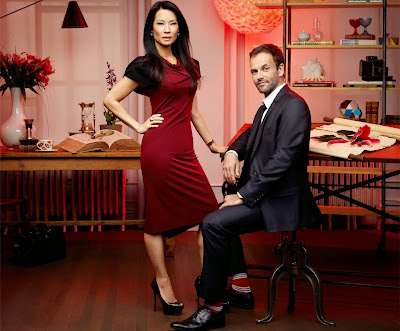 Elementary – One Perspective
By Marie Parsons
Now that the first season of Elementary has ended-and viewers can excitedly anticipate a second season-it is time to reflect and take stock.

Elementary includes the familiar character of Sherlock Holmes.  While Holmes is properly British, the series is set in the familiar streets of current-day New York City. Holmes works as a consulting detective, often helping his long-time friend, NYPD Captain Gregson, whom he met in London while Gregson was helping at Scotland Yard.

Holmes is a recovering drug user. He meets Joan Watson, a former surgeon, who has been hired by Holmes unseen father, to serve as Holmes’ “sober companion.” As time goes by, Watson finds herself intrigued by the art of detection-she even exhibits her own spark of deductive talent, and so Holmes begins to treat her as an apprentice detective. Eventually he bestows on her a heartfelt compliment, when explaining to Moriarty that now there are two people, himself and Watson, who are as clever, if not more so, than his long time archenemy. 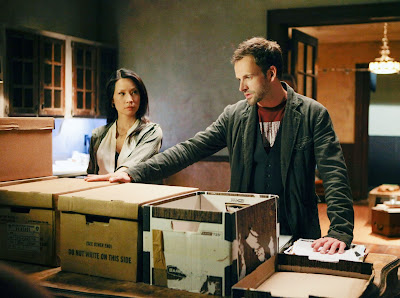 The connection between Watson and Holmes forms the backbone and strength of this series, and indeed, distinguishes it well from other excellent reboots of the Sherlock Holmes character.  Elementary is in fact, *not* really about Sherlock Holmes, so often surrounded by characters who are simply there to provide a presence now and again for Holmes’ displays of genius. He often does, of course, solving complex crimes and uncovering culprits and wrong-doers.  Holmes and Gregson have a healthy mutual respect. They do clash, but it is because of principles and ethics.

But the true gem that is Elementary revolves around the relationship between Holmes and Joan Watson. In fact, it might be said that Elementary is in fact about both Holmes and Watson, equally.  It is Watson, after all, who changes and develops over the course of the story. Holmes comes close to a fall late in the season, and when he has the ultimate painful revelation about a vital part of his past, it is Watson who plays a very integral part in bringing some resolution.

Perhaps many purists deplored the notion of having “Watson” be female.  If any still do, they should re-think.  Holmes has issues and weaknesses; so does Watson. The writers are smart enough to not play the “is there attraction there” card, and well done.  Holmes and Watson together are stronger and more fascinating because that card is deemed unnecessary.  Watson finds herself, finds a new niche for her insights and intuition and observational skill. She realizes she relishes participating in the world of deductive reasoning.

How the second season will present viewers with tension and drama, now that Moriarty is unmasked (and what a marvelous storyline that was), shall have to wait for the season premiere in a few months. Hopefully, after such a strong start, the series will not devolve into a simple he-and-she detective drama. There is so much more going on there. 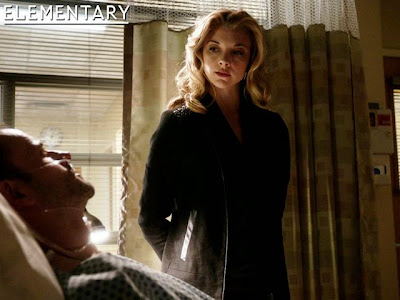 It is pure delight to see an intriguing man and an intelligent woman be colleagues, and trust each other, without the soap-opera elements of sexual tension and silly artificial flirtations or innuendoes, to-often rampant in similar shows. Holmes and Watson seem to accept each other’s foibles, but then get on with life and the business at hand. They are not quite friends—but in a way, they are something better. They are two talented people who share a desire to accomplish the task before them.