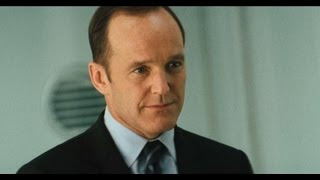 I am currently watching too many series and all of them (apart from Fringe) have been renewed. Now there are potentially a bunch more sci-fi and fantasy series making their way to U.S. Television. This does not include any new cable shows nor online projects nor foreign series.

Agents of SHIELD (ABC) – obviously this is the top of my list right now for shows to watch. Sure, it is a MARVEL series with connections to The Avengers and other superhero movies but Joss Whedon is involved, at least he wrote and directed the first episode. Anything by him gets first crack, always. We will also see popular character Agent Coulson return from the grave. And you know fans are waiting to see a cameo by someone like Tony Stark. The built in audience for this is huge and so as long as it is half way decent, this show could go on and definitely tie into upcoming super hero movies.

Mind Games (ABC) – not really sci-fi I guess but it is about two brothers who provide a a service of psychological manipulation for their clients to change the minds of individuals. This reminds me a little of Inception without the dream aspect. Could be interesting.

Resurrection (ABC) – Deceased people come back to their loved ones in the town of Arcadia. At first this was sounded like another zombie series but instead may be more like Torchwood: Miracle Day. One has to wonder for what purpose this has happened. This is one of those shows that bases its longevity on a mystery and if the mystery is not revealed by a certain time, people tune out.

Intelligence (CBS) – An agent with a ship in his head which can give him access to the entire electromagnetic spectrum goes on missions for an organization. Sounds a bit like Gary's power from Alphas. Could be fun and will probably gain some interest because it stars Joss Holloway (Lost).

Almost Human (FOX) – In the future the police are partnered with sophisticated androids. One officer, who doesn't like androids, is now working with one particular android who has developed emotional responses. This could be like Holmes and YoYo but with J.J. Abrams and many other producers from Fringe and person of Interest, it looks to be much more. This is probably the second most anticipated show for me right now. Karl Urban (Star Trek) stars and that is another positive. I would love to see a big budget sci-fi series but since they are expensive they have a harder time staying around.

Sleepy Hollow (Fox) – Ichabod Crane is resurrected in the present day to help the police battle against the brink of the world's destruction. A mystery from Crane's era is the center of the problem. Seems like this could be horrible but until I see a trailer, the jury is still out.

Believe (NBC) – A young girl with superpowers (telekinesis, predicting the future, etc) is in danger and a group of believers enlist the help of a con man in protecting her. This also sounds like a good one. This is yet another JJ Abrams show.  This is a mid season replacement.

Dracula (NBC) - I am guessing this is about Dracula.  This UK/US production will see a lot of British influence with writers and actors.  Katie McGrath (Merlin) is one of the stars.  Expect this mid season.

Wonderland (NBC) – Alice in Wonderland...hey, wait a minute, isn't there already one of these. Great.

100 – (CW) – 97 years in the future a spaceship with the remaining humans sends 100 juvenile delinquents to a post apocalyptic Earth in order to asses whether the planet can be recolonized. This sounds like another possibility but it could be a steaming pile of teenage angst which might turn into a massive soap opera. I expect that the Hunger Games crowd is the target audience and since that is popular right now, the show has potential to stick around.

The Originals (CW) – a spin-off from The Vampire Diaries about the original vampires. I gave up on the Vampire Diaries a few years ago and therefore have given up on this already. Also, the vampire craze might be slowing down so you might see this show die off pretty quick.

Oxygen (CW) – This one has a group of aliens are integrated into a High School and their ability to 'fit in' will decide whether the rest of the aliens, being held in containment will be allowed freedom. With District 9 and every other teenage love story out there in mind, it seems this one could go either way. Also reminds me of Roswell except everyone knows they are aliens. An obvious take on any minority first starting out in a society and so expect that hammer to hit your head a few times.

The Tomorrow People (CW) – a remake of the 1973 British series has young people in the next stage of evolution for the human race deal with evil including Jedikiah (Mark Pellegrino) who, if I remember right, is a robot. Since this is a CW show, add – and teenage angst! If done correctly this show could be good. If done in the U.S., with teenage angst, who knows. Let's hope Peter Davison can reprise his role as Elmer......just kidding. Sorry I brought that up and for those who don't know, forget I even mentioned it.

So that is what I have right now. If I did watch all of these shows along with my current ones, I would be doubling my TV watching amount and that is not possible. In an upcoming article I will review these shows again (once the trailers start and schedule is released) and I will go over what looks good and not.