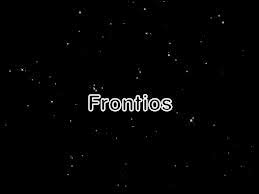 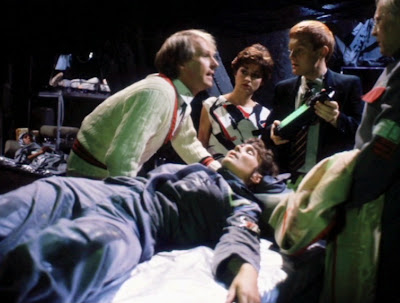 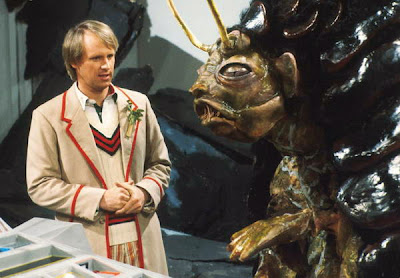 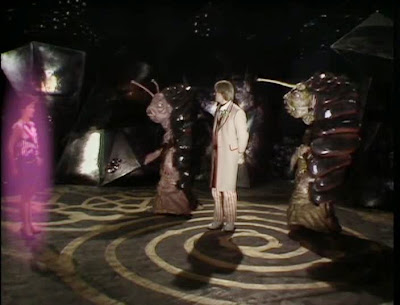 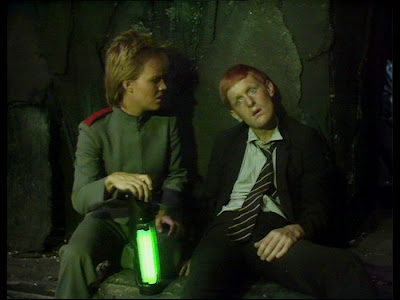 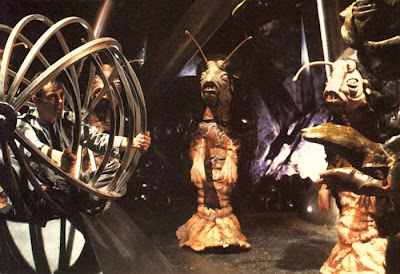 I liked the Tractators as an alien in Doctor Who.  Even though they looked like a snail that was crossed with a slug I thought they looked pretty neat for the early Eighties.  Making them to be able to us gravity against you and to be able to pull objects towards them was pretty cool idea and made them pretty powerful.   It was almost to bad that they were defeated easily and tricked by The Doctor when it appeared as if the Gravis was pretty intelligent.  I did like the way they sparred with The Doctor verbally and the conversation going back and forth. It was good to see The Doctor use sarcasm against them also as The Fifth Doctor was pretty good in the sarcasm department. 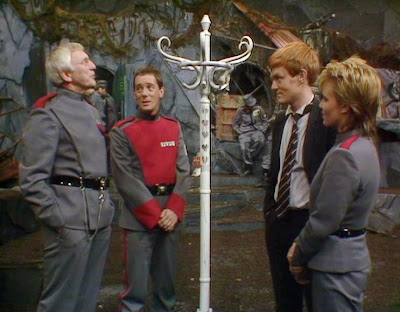 Frontios also sets up the next story as it ends on a cliffhanger as the TARDIS gets caught in a time tunnel of some sort and gets sent to Earth where The Doctor meets up with some old enemies.  On a whole Frontios is a nice story to watch from time to time as it is simple and does have some nice moments in it.  Plus the Tractators are a decent Eighties alien that does not look all that bad.
Grade B -
Posted by DR5WHO at 4:31 PM