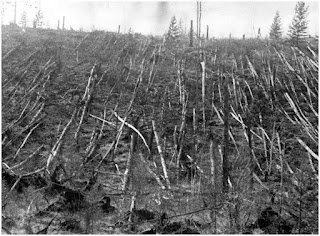 NBC will debut a new series called Siberia starting on July 1 at 10pm.  The series deals with a group of contestants who are entering Tunguska, a remote area of Siberia where a meteorite hit in 1908.  The contestants begin experiencing strange happenings and struggle to survive.  The series is 13 episodes long.