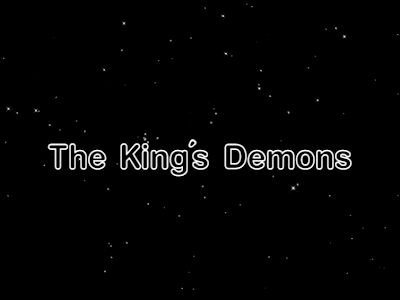 Doctor Who:
The King’s Demons
By Terrance Dudley

“You're mistaken. With Kamelion's unique ability at my command, it's only a matter of time before I undermine the key civilizations of the universe. Chaos will reign, and I shall be its emperor.”

The TARDIS materializes in the middle of a joust and is welcomed as demons by King John.  The year is 1215 and it is March and The Doctor is wondering why King John is at the castle of Sir Ranulf Fitzwilliam and not in London preparing to sign the Magna Carta.   The three travelers are made welcome and invited to dine with the king later on. 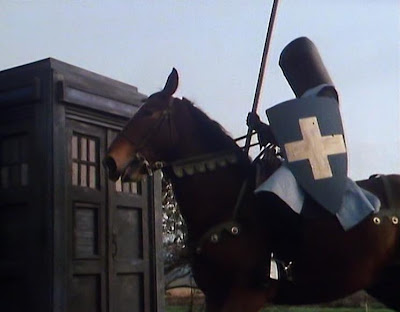 Things get weirder when Sir Geofffrey arrives from London after just taking the crusaders oath with King John.  Sir Gilles insists that is not true as the King has been here all along.  The Doctor has had enough of the accusations that Sir Gilles has been slinging and ends up accepting Sir Gilles challenge to a duel.  The two men pick swords and prepare to have it out in an old fashion sword fight.   The Doctor appears to have won the sword fight when his opponent sheds his disguise and aims his tissue compression eliminator at The Doctor which is the calling card of his nemesis The Master. With The Master there it all makes sense what is going on and it’s up to The Doctor to stop him from changing history. 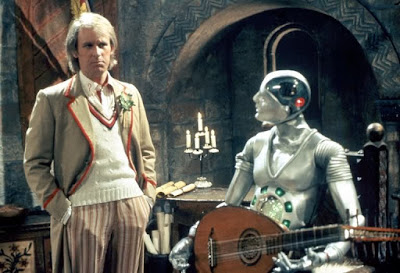 The Kings Demons is the final story of season 20.  The Five Doctor’s is a special but usually gets lumped in with season 20 but it really is like 20 B.  The King’s Demons is known mainly for being the story that introduces Kamelion.  Kamelion was a robot that can change his appearance to whoever he wishes or in this case whoever The Master wants him to be.  Kamelion never really panned out as we never saw him again until his demise in Planet of Fire. I think it would have been a good idea if they got a guest star every week to play Kamelion.  You know a different actor every week playing a character as needed and you wouldn’t need to have to use the clunky robot. 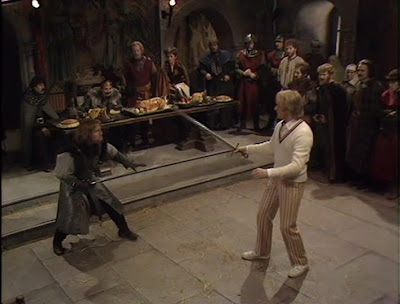 The King’s Demons kept up the theme of a returning villain or character as the Master makes his annual appearance in this story.  Well it seems like a story that was just not fitted for him. It’s not really your prototypical Master story and his scheme just seemed pretty lame.  I mean trying to prevent Magna Carta getting signed seems just beneath The Master as he is more suitable in trying to kill The Doctor or take over the Universe.  It just did not seem like a good story for him and his disguise, well, it did not fool anyone.  What was good was the sword fight between The Doctor and The Master.  It reminded me of the one in The Sea Devils and The King’s Demons give us that rematch.  It was actually a pretty decent sword fight at that and the last time we would see The Doctor sword fight until The Christmas Invasion. 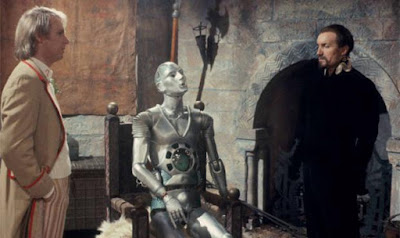 While The Kings Demons isn’t the best of stories and in fact it is the goose egg of season 20 it is a fun story to watch in a guilty pleasure kind of way.  I mean it takes place during medieval times and there is a joust and sword fighting and of course The Master and The Doctor in a battle of wits to gain control of Kamelion.
Grade C -
Posted by DR5WHO at 8:30 AM