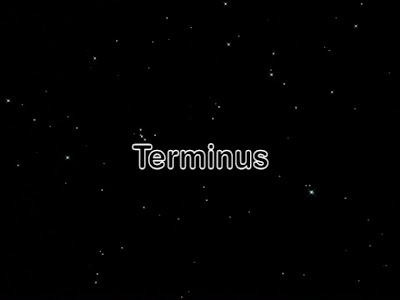 Doctor Who:
Terminus
By Stephen Gallagher

“This is Terminus, where all the lazars come to die. We're on a leper ship! We're all going to die!”

The Black Guardian has instructed Turlough to sabotage the TARDIS .   By tampering with the TARDIS Turlough has caused it to break down allowing outside to leak in.  The TARDIS attaches itself to a ship in order to protect itself and Nyssa as her room is in danger of being destroyed.  On the urgencies of The Doctor Nyssa enters the ship in order to save her.   The Doctor tells Tegan and Turlough to stay put as he looks for Nyssa.  When The Doctor catches up with Nyssa it appears to them that the ship is deserted. 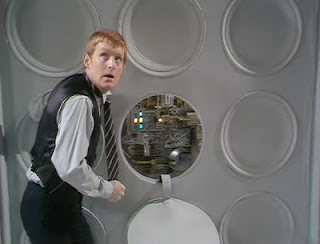 They are then found by two pirates Kari and Olvir who are on the ship looking to make a score.  Meanwhile Turlough and Tegan enter the ship and the door that was inside the TARDIS closes trapping them on the ship.   While talking to Kari and Olvir they hear a noise like a ship taking off and realize it was the ship that Kari and Olvir are crew members of.  They have been dumped on the ship and are confused as to why.  They find out their answer when the ships computer announces they are on course to dock on Terminus.  What is troubling about that is that Lazars is a leper type disease where there is no cure and Terminus is where they send them to die and that is exactly where they are heading into another Black Guardian trap. 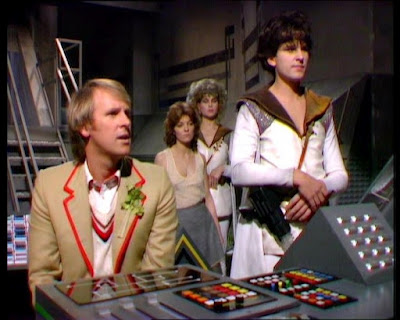 The second story in the Black Guardian Trilogy is Terminus.  While not one of the more spectacular stories from The Fifth Doctor’s era it does have significance in the shows history.  Terminus is the story where Nyssa leaves the TARDIS crew to help and cure the Lazars. 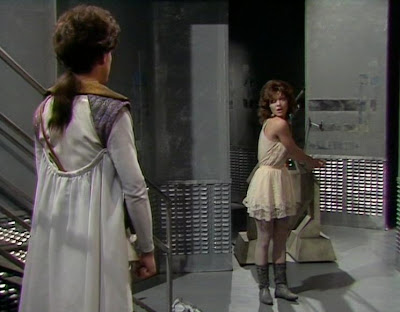 Yes the linking story is still present as The Black Guardian is still using Turlough as his tool to kill The Doctor.  This time Turlough tampers with the TARDIS and causes havoc with its space time element and causes the TARDIS to break up.  The TARDIS latches onto Terminus and door appears.  The Doctor tells Nyssa to go through it as she would be safer there since the TARDIS started to break up in her room.  Little did The Doctor know that the TARDIS latched onto a Lazar healing facility called Terminus and it happens to be located in the center of the universe. 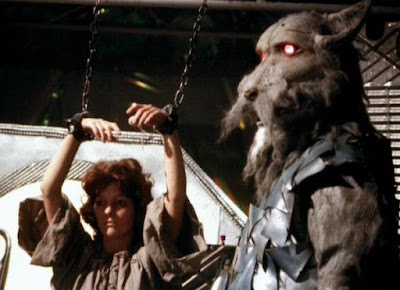 While not a memorable story it is an entertaining story.  Harking on real world problems like bad working conditions and workers’ rights Terminus tries to incorporate this into a story already filled with the Lazar epidemic and Turloughs sub story.  With so much going on Tegan and Turlough are regulated to the sidelines as they spend most of the story in hiding or locked under the floor in the service area for most of the story.  Another thing about Terminus is that some of the costumes are pretty funny.  I am talking about the funky space helmets that are worn by Kari and Olvir who just happen to be very unlucky pirates. 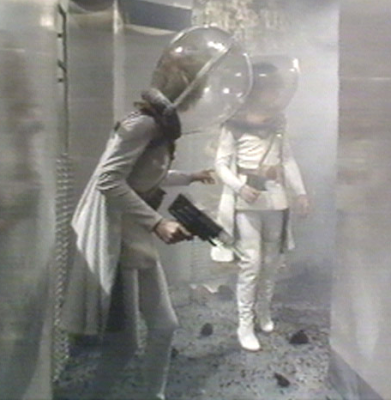 Terminus, as it should, focuses all its attention on Nyssa.  Sarah Sutton swan song story just happens to be one of the best performances she gives while on Doctor Who.  Even though the story isn’t one of the strongest she still puts in a top notch performance.  Since it is just Nyssa and The Doctor together for the most part it makes you wonder what it would be like if was just the two of them traveling in the TARDIS instead of the crowded TARDIS for most of her tenure. 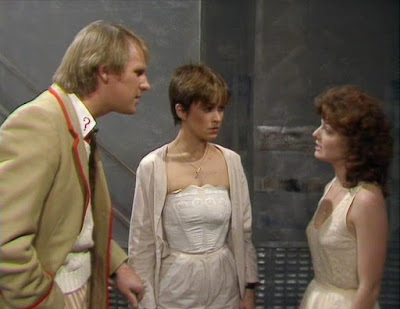 Despite its short comings Terminus is an ok story and one that would have been better if it wasn’t bogged down in the trilogy.  I think it would have been a stronger story if it was on its own and if Turlough wasn’t in it.   Being regulated with Tegan as being locked away in the space station as filler could have been done away with and perhaps would have made the story better.  Maybe making the Garm to look a bit more frightening instead of looking silly with its light bulb eyes would have helped also. 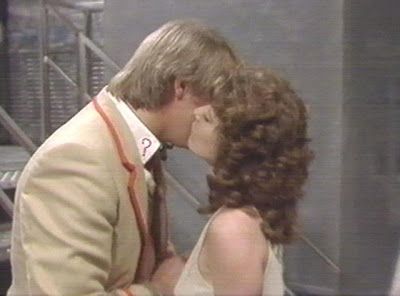 Terminus is a story that is ok with some fine performances and some good moments.  Terminus also has one of the more touching farewell scene that is truly heart felt and sad as The Doctor is very moved by Nyssa’s departure.
Grade C +
Posted by DR5WHO at 5:15 PM