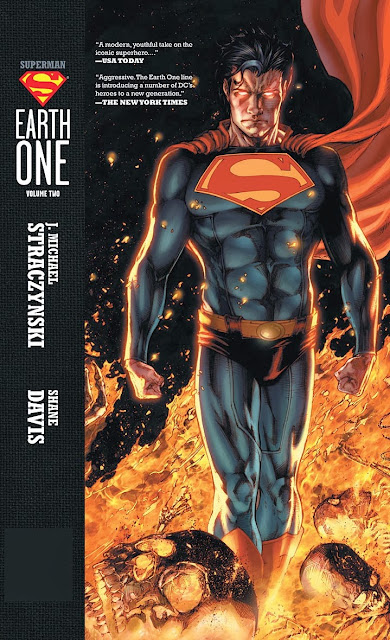 
After the great success of their first story in Volume 1 2012 saw the release of their next story in Volume 2.  Yes I know this is 2013 and in fact I did buy this book when it was released last year in November but have just gotten around to reading it.  I really enjoyed the first volume of the alternate take on Superman with a new twist to his beginnings.  For the most part the origin is the same but what we get is a new dimension on the struggles the man has with fitting in with humans and letting people close to him as an adult.  The second volume continues with that theme of exploring the man who is Superman and gives us a new version of a familiar foe to cause him some headaches. 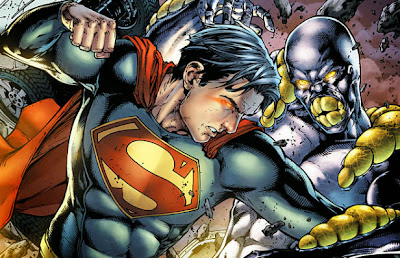 First off I have to say the art is really good.  In fact it is excellent and very pleasing to the eye. Shane Davis does a smashing job with the art and it really conveys the story really well.  You can see the worry and shyness and weary in Superman/Clark Kents face and it really helps with the mood of the story.   Shane Davis captures the action also and his take on the new Parasite looked pretty awesome.  It didn’t look silly like the Parasite of the past when he was just a purple blobby person going around trying to be threating.  Instead we get a Parasite who looks menacing with yellow added to the purple to give it a more menacing look and giving us the impression that this was a creation of a lab experiment gone wrong.  Especially with the face when you see the big yellow teeth like features which makes it truly menacing.  To me if you have a really well written story but the art lets it down it hurts the story.  In the case of Earth One Volume Two the art really helps make the story that much better.


Just like with a most of J. Michael Straczynski stories he deals mainly with the human element giving the reader the human interest story.  If you remember his Superman run a few years ago when Superman was walking across the country and we were feed human interest story after human interest story that it just got tedious and extremely hard to read as Superman fans want to see action and Superman beating up the bad guys. That run was hard to read and I really did not enjoy it.  It definitely wasn’t what I was expecting from the guy who wrote a majority of Babylon 5.  Well thankfully he did not do that with Volume 1 and Volume 2 was just as good if not better.


The story is a good mix of action and the human element of watching Superman having to cope with getting along with humans and one in particular his neighbor in his apartment Lisa. Lisa is a knock out red head who is instantly attracted to Clark and he has issues trying to get the gist of what her signals are.  It is an interesting side note to go along with the story as we see Superman having to cope with that and the problems of the Parasite absorbing his powers.  Plus there is the conflict of what to do when a Dictator won’t let Superman save his people from a tsunami.  More conflict for the Man of Steel to have to work through. 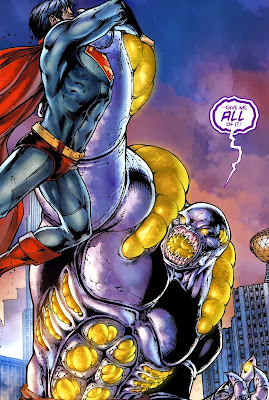 There is a good share of action in this story mixed in with all the emotional conflict.  It was a good distraction and was really good.  A good old fashion smack down between Superman and The Parasite.  This was what was missing from his original run many years ago and it was good to see that he kept the action coming.  Unlike the first volume where he fought off an alien invasion we get a simple drag em out sock em brawl.  It even gets Superman to think also of a way to stop him without getting his powers drained.