Synopsis For Doctor Who - The Dark Planet 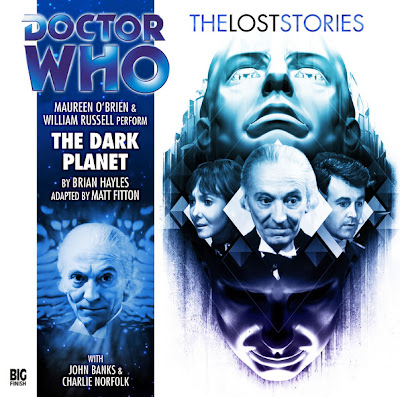 Big Finish's Lost Stories series returns with a story from the 1st Doctor era. This story is performed by William Russell and Maureen O'Brien who played Ian and Vicki in the classic series during the Hartnell Years.  You can order it from the Big Finish website.
http://www.bigfinish.com/releases/v/the-dark-planet-820

Somewhere far back in the early days of the universe the TARDIS lands on a world lit by a dying sun. Missing from the Doctor's star maps and dotted with strange crystalline statues, it is a world ripe for exploration. But it is also a world of destruction.

Venturing out onto its surface, the time travellers find themselves drawn into an age-old conflict between the two species residing on the planet - people of Light and Shadow. Proving a catalyst for the escalation of the conflict, the Doctor and his friends need either to create a peace or to pick a side.

Because in times of war, nothing is ever black and white.