10 Reasons to Watch the 9th Doctor 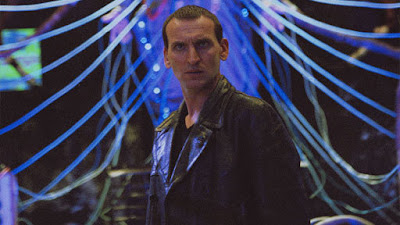 10 - The New Start – After years of nothing but audio adventures and books, Doctor Who returns to TV in its new format and style. The show would emphasize characters and appeal to a wider audience than ever before. The series tone matched the present day state of television and would grow from the direction that the 7th and 8th Doctor stories had just began years earlier. The show would be fast paced and have half way decent special effects in an attempt to break from the past views that Doctor Who was cheap.

9 -The Fans Take Over – For once it seemed that Doctor Who was in the hands of fans and the people making the show put a level of love into it that had never been there in the past for the production team. It was great to see authors like Mark Gatiss and Paul Cornell and Steven Moffat get their wish to write an episode of Doctor Who. 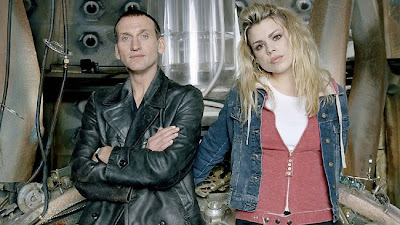 8 -The Time War – one of the best ongoing plot elements is the elusive Time War set up in the 9th Doctor season. This back story gives the viewers an idea of where the Doctor is mentally but it also gives us a craving for some flashback look with Paul Mcgann. 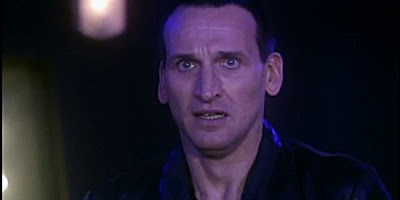 7 -The Emperor Dalek – The design and presence is impressive but again, Davies made it about the Doctor and Rose and their encounter with the Dalek army. The entire final episode raises the level of tension to an all time high for the new series. 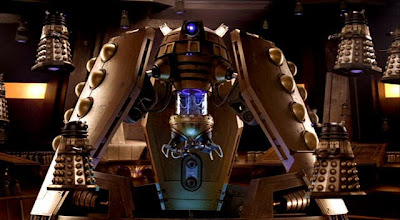 6 - Russell T. Davies – I was one of Davies' biggest critics during his reign on the series (farting aliens is not something I ever expected to see in Doctor Who). I felt his mentality was totally wrong for the series and it made light of, almost spoofing the original. Despite this, he did bring it all together and made a product that so many people loved. In the first season he managed to show off what the show could be like, bringing a large amount of humor as well as action, drama and emotion. His view was similar to previous producer John Nathan Turner with emphasis on promotion and gimmicks while throwing in a fair amount of other agendas.

5 -Father's Day – Paul Cornell would not be a regular writer for the show (I wonder why not????) but in his first outing, he was fantastic. The story delivers a massive amount of emotion in this drama that was less about the temporal dangers they were in and more about Rose having to struggle with the chance to save her father. This is what Russell T. Davies excelled at with the series and would continue to revisit the Tyler clan. 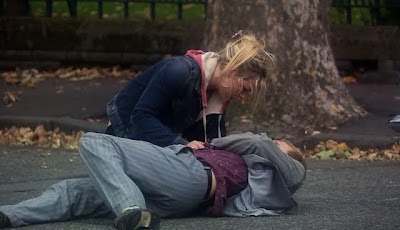 4 -The Empty Child and The Doctor Dances – This two part classic helped give Steven Moffat the excellent start to writing the series that would give the show some added respect. His more adult and complex story showed how the series could mix sophisticated with silliness of other stories. This would give viewers a variety of types of stories each season including the silly farce, serious drama and hard science fiction tale.

3 -Dalek – After a rocky start story-wise, the episode Dalek really shows us the potential of the series on so many levels. The story gives us a unique perspective of the Daleks from Rose Tyler's point of view. She does not pre-judge the Dalek as a dangerous killer and in the end we see an almost flip flop of characters as the Doctor is more like a Dalek than the Dalek is. Spectacular stuff.

2 -Rose – The companion is given equal billing in the new series. Billie Piper brings a new style of companion, one that is more important to the stories and has more dimensions to her character. The character is rooted to her home and mother and this leads to some more fleshing out of the character on all levels. More about the companion is focused on than ever before. 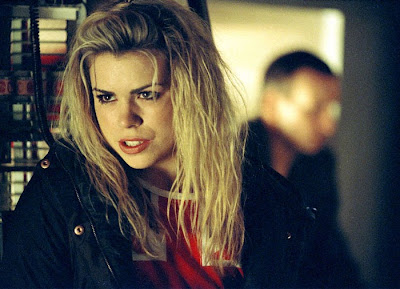 1 -Christopher Eccleston – Just what the Doctor needed. The actor portrayed the part perfectly and did well through the good and bad parts of the scripts. His performance was a bit more broody than previous Doctors but this, balanced with his enjoyment of the universe was just perfect and has not been topped since. 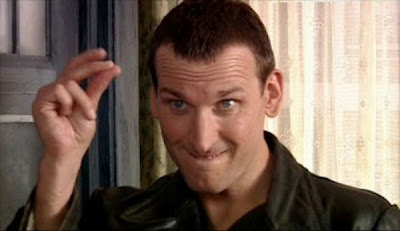