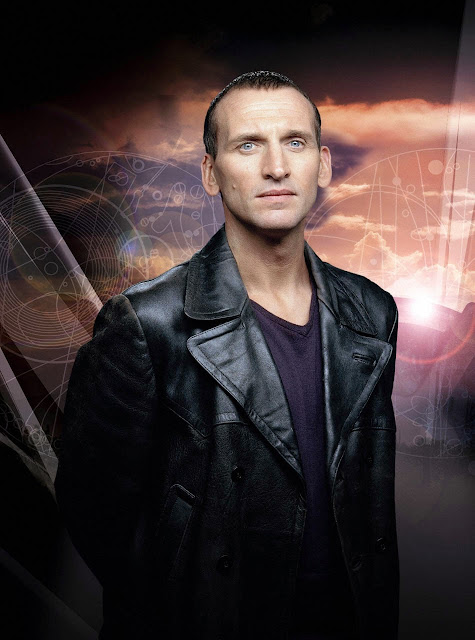 First off in what will probably be a very unpopular statement I do not like Christopher Eccleston’s Ninth Doctor.  Don’t get me wrong I will watch his stories and do watch the ones I like quite frequently every year.  But I just don’t have much love for the Ninth Doctor.   Now this is not going to be a rip on Eccleston or I hate the Ninth Doctor rant but will be more of an appreciation for what he did in Doctor Who’s history and the shows very welcome return. 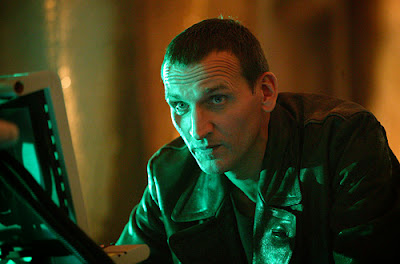 Now looking back to March of 2005 when Doctor Who returned to TV and we hear the first words from the new Doctor there was much excitement and intrigued.  What will he be like what would the new show be like and will it be just as much fun and entertaining as the Classic Series.   Well the producers picked the right guy for The Doctor as he jumped started the show and got the ball rolling and ran with it for a brief 13 episode series.  Christopher Eccleston can be looked at as the man who got Doctor Who going on this incredible run of popularity.  Really look back at his series with a mix of good stories and mediocre stories.  What is evident in all of the stories good or bad is the performance of Christopher Eccleston and how good it was even if the story was not all that good like The Long Game.

The importance of Christopher Eccleston is huge. If Russell T. Davies was the man responsible for reviving the show then Christopher Eccleston was the glue that held it all together.  If he failed to get the fans to like him and also to attract new fans then the show would not have taken off in the David Tennant era and have the global success as we have seen in the Matt Smith era and Peter Capaldi would probably not be the 12th man to take up the mantle at Christmas.  His performance and likeability with the Classic fans was a huge factor for its success.  Yes some of the credit has to go to the writers because if the season had horrible stories then no one would watch no matter how good the lead was but Christopher Eccleston was integral in its success.  Maybe that is why so many fans were sad to see him leave so soon since they loved his performance and felt cheated of watching him continue on as The Doctor. Oh what could have been. 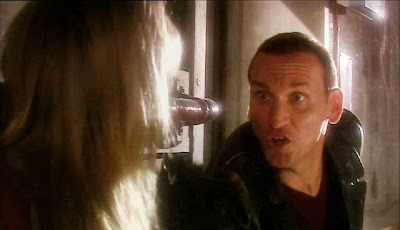 Christopher Eccleston Doctor was rude and energetic but had an energy to him.  He was also carrying around a big burden of guilt for being the last Time Lord. But what the Ninth Doctor had most of all was yearn for adventure to go out and see the universe and was happy to show Rose all the wonders. He also was one for putting things to right and did not have patience for fools or ignorant people.   He has a temper also and can fly off when things don’t go the way they should.  Look how he reacted to Adam when he betrayed his trust or when he was confronting the Daleks.

One part of the Ninth Doctor that was noticeable was how Rose mellowed him.  Like in Dalek when he was pointing the gun at the Dalek and Rose talked him down saying how he was more like the Dalek than The Doctor.  You could see that he needed that grounding aspect in his life with the companion more now than ever since whatever he did during the Time War.  He was able to change and you don’t see that much in past incarnations of The Doctor and that was one part of the Ninth that was good to see and made the character more realistic. 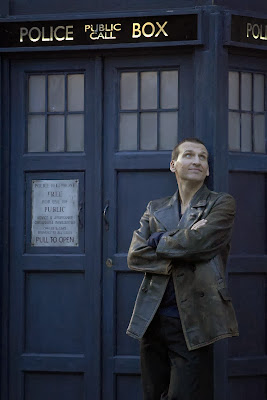 Whether you love him or don’t like him you have to admit we owe a lot to Christopher Eccleston’s Ninth Doctor.  Besides the obvious of igniting the flame back into an aging fanbase and show he did quite a bit to get that flame into bombfire.  He had a charm and personality that clicked right away and when he said those first word of “Run” to Rose we knew he meant run and an adventure of a lifetime was about to beginning and we have been running ever since. So thank you Christopher Eccleston your Ninth Doctor was indeed “Fantastic”.
Posted by DR5WHO at 1:24 PM