Doctor Who - The Tenth Planet DVD To Include William Hartnell Interview 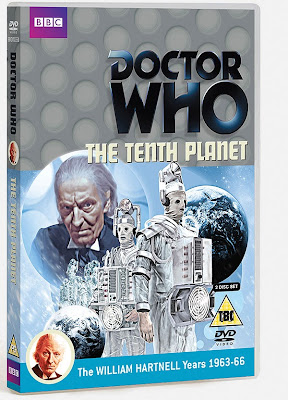 It has been confirmed that the 4th episode will be the reconstructed animated episode.  What is of most interest in all this is the William Hartnell Interview.  Earlier this week one of the Restoration team had stated that one of the extras was something that most believed had no longer existed and so it is probable that the interview is what he was referring to.  The interview will be available as a 3 minute video clip on the DVD which was taken a few months after Hartnell's final story, The Tenth Planet was aired. This is certainly a great find as there aren' t too many interviews with him out there, if any!

The DVD is out in the UK on November 18 and no word on the North American release date.
Posted by SHADOKP at 12:54 PM