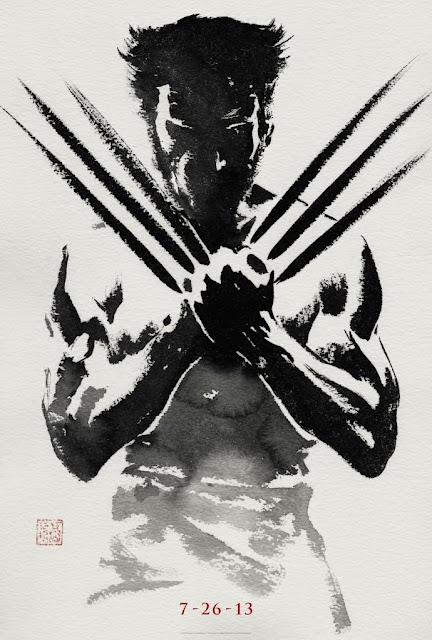 When I heard they were going to make a new movie that featured Hugh Jackman playing Wolverine yet again I was rolling my eyes and wondering if it will be as bad as the first Wolverine movie.  I mean X – Men Origins: Wolverine was for the most part a movie that was not good at all.  Well the first half was ok when we learn how he became the man he is now and the events that lead to it but once they started heading down that path towards Genosha and that stupid nuclear power plant fight with Deadpool. Well that was just lame and the movie circled the drain.

Then the trailers came out and the movie actually looked pretty decent and reminded me of a storyline that was in the comic books way back when stories by Claremont and Miller were the ones to read in the Wolverine book back in the day.  So judgement day arrived and The Wolverine has been released and theaters and I sat in the dark theater with trepidation and wondering if this one could be better than Origins and give Wolverine an action based movie that also had a good story to compliment the comic book action that we know this character is known for. 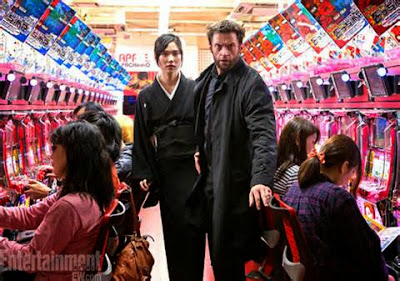 Well the answer is yes.  I truly enjoyed The Wolverine and it felt like a Wolverine story that you would have found in a comic book back in the mid 80’s and early 90’s.  I liked the story as it dealt with one man’s mortality and what lengths he would go to extend it and the curse that it brings.  We see Wolverine having to deal with his new found mortality as his healing powers have been suppressed and he can now be wounded or even killed.  That was a pretty neat twist and helped the story along with that plot point as he was also trying to protect Mariko from the people who wanted to kill her.  That was probably the best part of the story as we saw a vulnerable side to Wolverine that you do not see much plus it kept the love angle with Mariko interesting as that was in the comic also and was wondering how they would tie that angel in.

I liked the fact the movie took place in Japan.  It was nice to see the movie stay true with Wolverine Japanese roots as in the comic book he did spend a great amount of time in Japan and it made the movie seem more realistic rather than seeing it set in the regular US big city. It was refreshing to see as the scenery was different and nice to see.

I really liked the action scenes and seeing Wolverine battling ninjas and fighting against swords was pretty neat and a welcome departure from guns and big explosions and the like.  I just liked how the fighting was choreographed it just really moved and was pretty intense and I liked it a lot.  Plus having a battle on top of a bullet train was pretty neat and actually one of the best in a long time.

There wasn’t much I did not care for. I wasn’t too enamored with The Viper.  It seems like she was a through away villain and not the big bad she is in the comic books as she is the head of Hydra.  But in a way it worked and seeing how she made Wolverine powerless was pretty cool even if it wasn’t explained that well.  The scenes with Jean Grey were a good link from that horrid X-3 movie and dealt with how he handled things from killing her but thought there was one to many scenes with her but that did not really damper the film for me.  Thought the Silver Samurai was pretty cool and the reveal that it was Logans old friend Yashida was expected but for something that big and bulky it moved way to well.

The Wolverine is a really entertaining movie that has a pretty good story that unfortunately the other two super hero movies that came out this year did not have and was happy to see that they did not rely on big explosions and destroying of the city around them.  Plus stay for the credits as there is a really cool scene that sets up the next X-Men movie Days of Future Past.  I really enjoyed The Wolverine and will most definitely get it on Blu Ray when it is released and it sure does make up for the lousy first movie they attempted with Wolverine.
Posted by DR5WHO at 1:51 PM

Email ThisBlogThis!Share to TwitterShare to FacebookShare to Pinterest
Labels: The Wolverine