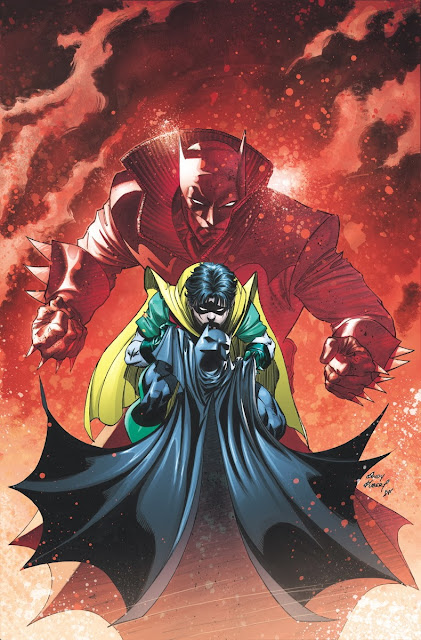 Don't get your hopes up Damian Wayne Robin fans it isn't a resurrection in a regular continuity book it is an alternate reality mini series by Andy Kubert.  The basis of this 4 issue mini series is Batman 666 which takes place 15 years from now with Damian as Batman.  Should be an interesting series as Batman 666 was a pretty good alternate reality story.  You can read the full story and interview at the link below.
http://www.newsarama.com/18717-the-dark-son-rises-damian-returns-in-kubert-s-son-of-batman.html