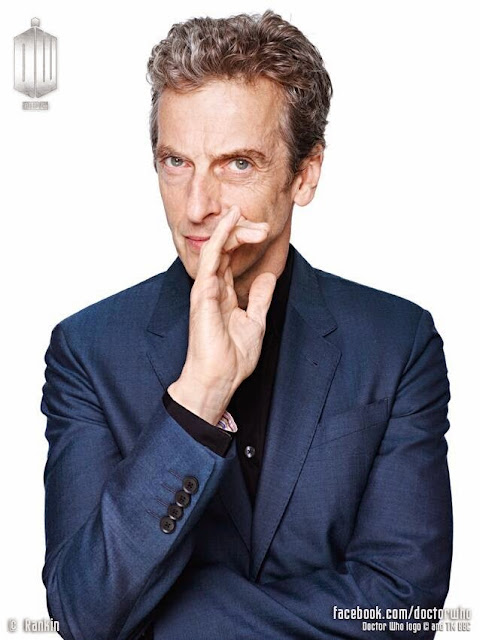 The New Doctor has been revealed and  Peter Capaldi  is the 12th Doctor and will be taking over for Matt Smith at the end of the Christmas Special this December.  The announcement was made live on the BBC, Space and BBC America on a simulcast broadcast of Doctor Who Live: The Next Doctor which had former Doctors, Peter Davison and Colin Baker, and current Who for the moment Matt Smith among others being interviewed on the show.

It will be exciting what Peter Capaldi  will bring to the role as The Doctor when Series 8 comes to our screens sometime in 2014.  So good luck to  Peter Capaldi  you have a big legacy to uphold.
Posted by DR5WHO at 2:31 PM