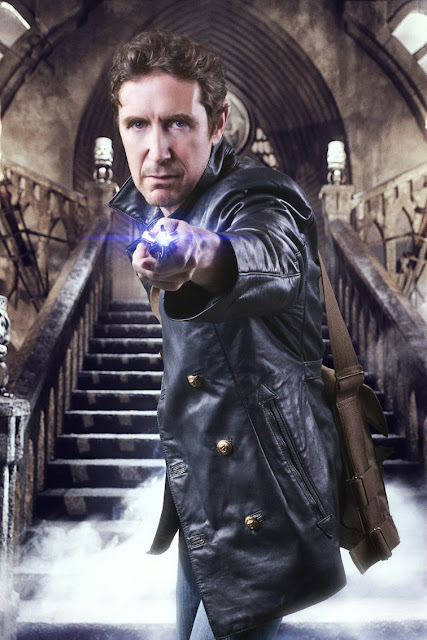 The year is 1996 and Doctor Who is returning to TV, in what turned out to be a failed attempt, for the first time since the show was canceled back in 1989.  Even though it was seven years and we would have to wait another nine years for the show to return with a proper series.  So this little blip in the sixteen year gap known as The Wilderness Years we had one of the better actors to play The Doctor once on TV in Paul McGann.  Paul McGann was so good in the failed pilot that it was unfair to the fans that we did not get to see him as The Doctor but we did get the next best thing. 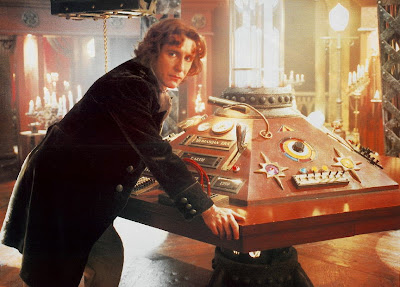 Even though Paul McGann’s Doctor never got past that first TV movie he did move on to the world of Big Finish Adventures.  Unlike the other past Doctors where their stories were fitting in with their continuity for the 8th Doctor they had carte blanche.   They continued his adventures with a new companion from the 20’s named Charlie Pollard and together they had new adventures for the 8th Doctor.  Paul McGann’s performance excels in these audio adventures and the only drawback is that I wish these were on TV.

Even though we had the 8th continuing adventures in the BBC book range and in the comic strip in Doctor Who magazine it just wasn’t the same.  Yes it was good to have these adventures to fill in the gap until the show came back onto our screens but it is truly the adventures made by Big Finish that defines his era especially since we can hear Paul McGann act these stories out.  Stories like Dark Eyes, The Chimes of Midnight, The Silver Turk, and To The Death really give Paul McGann a chance to flex his acting muscles and the stories also give you a feeling who the 8th Doctor really is.  Without the stories from Big Finish we would not have and inkling of who the 8th Doctor would be and definitely be cheated of Paul McGann bringing his Doctor to life for all of us to enjoy.

Paul McGann is wonderful actor who unfortunately performed most of his stories on audio.  He’s a Doctor that many fans have not taken the time to listen to and that is a shame because some of the best Doctor Who stories has been on audio and it did make those years without a show on TV go by easier knowing there would be a new adventure to listen to every month.  So do yourself a favor and do not judge the 8th Doctor and Paul McGann just on the 1996 TV movie take a shot at listening to his adventures from Big Finish and listen to what could have been if the movie was successful.  You won’t regret it.